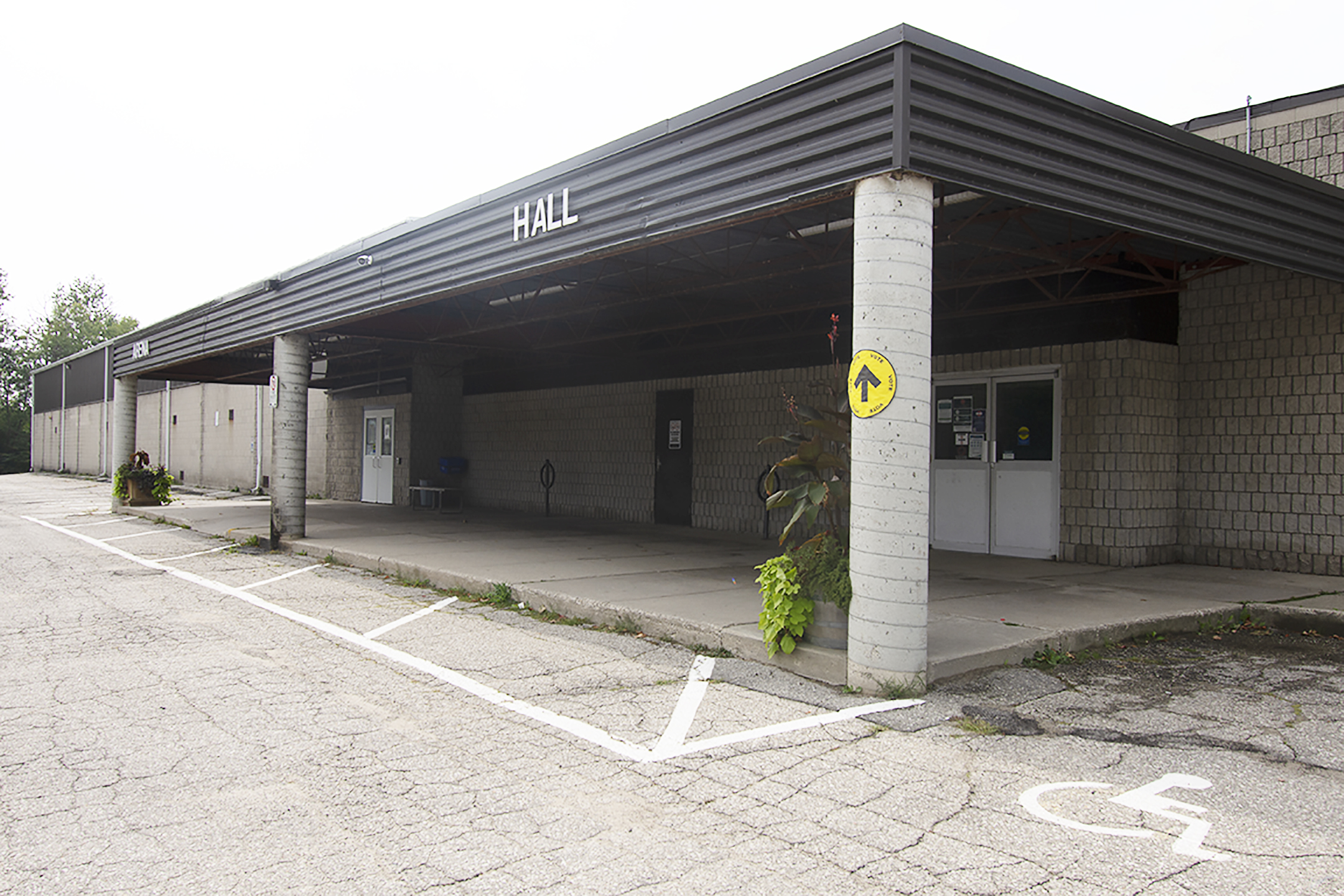 An advance polling station was set up at the Elora Community Centre last weekend. Photo by Kelly Waterhouse

ELORA – A group of anti-lockdown demonstrators contravened Elections Canada rules and had to be asked by police to leave during a weekend gathering at the Elora Community Centre, which served as an advance polling station.

“Indeed, there were people that got there … and they were protesting, and they got on the property … and they were impeding, apparently, the handicap parking and handicap entrance and whatnot,” Elections Canada spokesperson Rejean Grénier told the Advertiser.

Resident Paul Dekking said he was “disappointed” to see the group when he arrived to cast his ballot.

“I was confronted by around 20 people campaigning for the PPC (People’s Party of Canada) in the parking lot … I had to walk right past them,” he stated in a letter to the Advertiser.

He explained in an interview he felt “uncomfortable” having to walk by the group.

“I didn’t think this was allowed. This is very strange,” he said, recounting his thoughts at the time.

Wellington-Halton Hills PPC candidate Syl Carle, stressed the event was not organized by the PPC but by No More Lockdowns Canada, which invited him to speak to attendees.

“There was no confrontation with any individual. No interaction took place between them and the group,” Carle stated of Dekking in an email.

“As far as I’m concerned there is no story. Nothing of any consequence happened. Individuals peacefully exercised their civic rights and complied with directives as required.”

Grénier said a poll supervisor told those gathered to relocate, but the group didn’t move completely off the property as required by Elections Canada.

“A couple of people gave the poll supervisor a hard time,” said Dekking, adding one of the demonstrators falsely accused the election official of threatening them.

“It took a while to get them to leave,” Dekking added, noting the poll supervisor was “very polite.”

At some point someone called police and they instructed the group to disperse.

“[The group] went on the other side of the street, which is public property, and they protested there for a little while and then they left,” Grénier said.

Carle offered a different account of the incident, noting “organizers immediately relocated to the edge of the property” and then, following “a civil conversation” with the poll supervisor, moved across the road.

Wellington OPP spokesperson Cheri Rockefeller confirmed officers attended the scene after being called by a resident concerned about “an organized rally” at the Elora arena.

“All the officers working day shift were made aware of the rally, some attended the arena while others patrolled the area,” Rockefeller stated.

“The OPP Provincial Liaison Team (PLT) was also made aware of the event.  Officers were there to ensure that the event remained peaceful and to maintain public order.”

Rockefeller confirmed “no issues were reported to police” following the original call and the group, which she estimated included about 20 people, “relocated off the property to comply with election laws.”

Carle, who noted the “minor event has been conflated” by Dekking, said when he returned to the Elora Community Centre following the march, “I recognized that the signs of all political parties had been removed from the roadside median.”

He said he was informed the poll supervisor had removed the signs.

“I requested my election sign be returned to me. I then took the sign and installed it on the median across the road,” Carle stated.

Grénier confirmed the poll supervisor did remove election signs near the entrance because they violated Elections Canada rules.

Officials with No More Lockdowns Canada could not be reached for comment by press time.

– With files from Jordan Snobelen