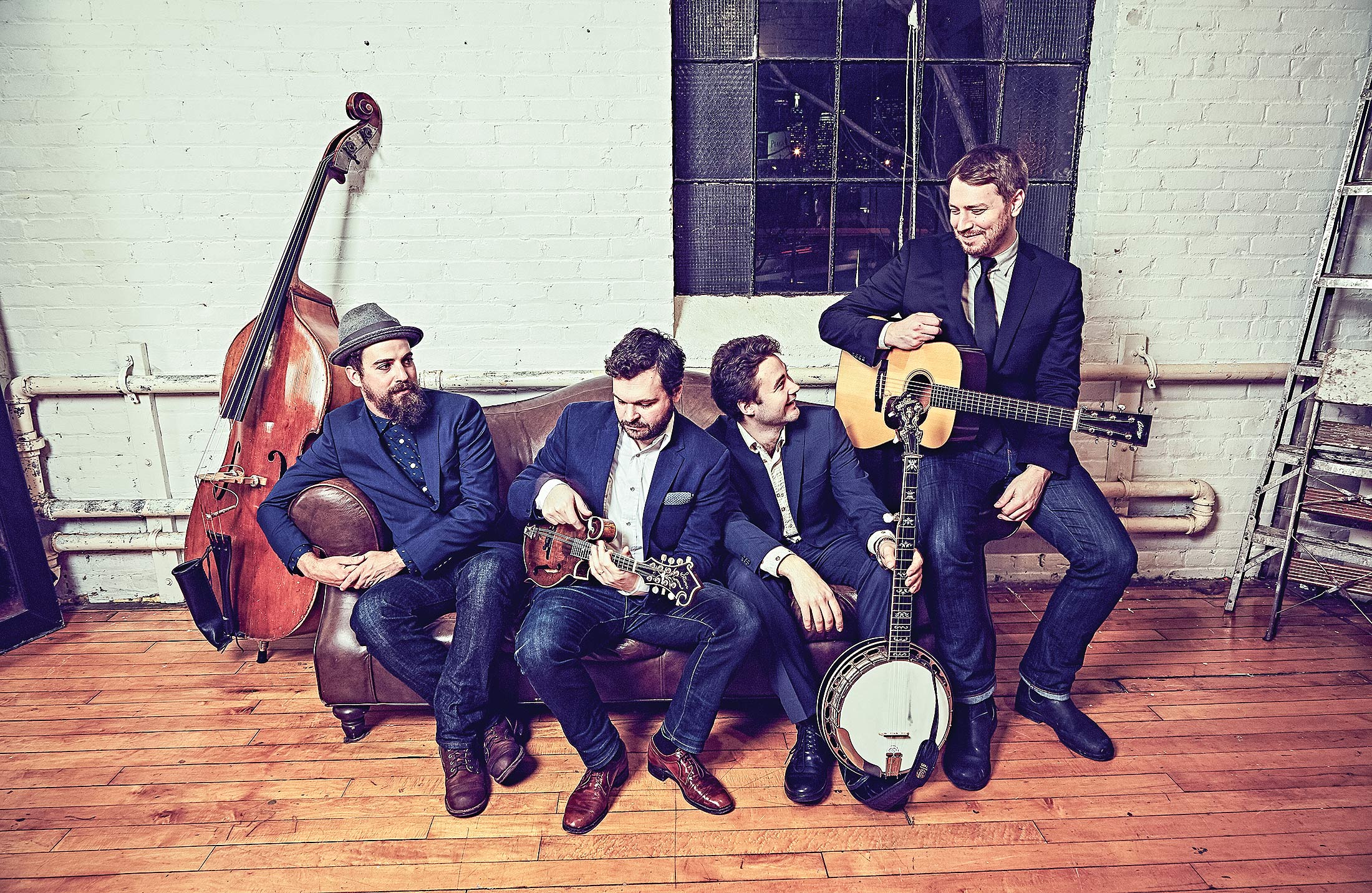 Bluegrass - The Slocan Ramblers are coming to Guelph to the River Run Centre on Jan. 17.
Submitted photo

GUELPH – Renowned among Canada’s bluegrass artists, The Slocan Ramblers are rooted in tradition yet fearlessly creative.

The band will perform at the River Run Centre on Jan. 17, at 8pm at the Co-operators Hall.

The members of The Slocan Ramblers – Frank Evans on banjo, Adrian Gross on mandolin, Darryl Poulsen on guitar and Alastair Whitehead on bass – create a bold, dynamic sound that has made the band a favourite among roots music fans.

The Slocan Ramblers celebrated a 2019 Juno Award nomination in the Traditional Roots Album of the Year category for their latest album, Queen City Jubilee.

In addition to the Juno nomination, The Slocan Ramblers are nominees in the Traditional Album of the Year and Ensemble of the Year categories at the upcoming Canadian Folk Music Awards.

Limited tickets available to see The Slocan Ramblers cost $30 for adults, $28 for seniors and $25 for those under 30.

Tickets can be purchased at River Run Centre box office, 35 Woolwich St. in Guelph, by calling 519-763-3000 or online at riverrun.ca/the-slocan-ramblers.