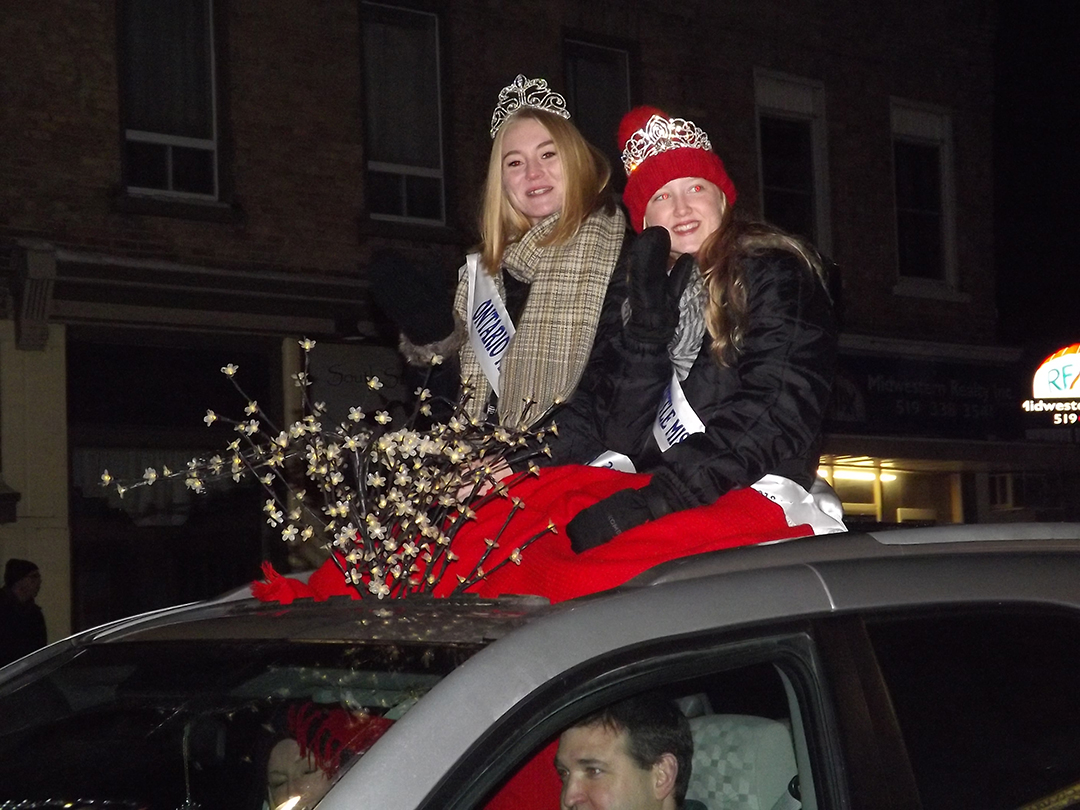 HARRISTON – Santa Claus will make his official 2019 visit to Harriston on Nov. 23. The theme of this year’s parade is “Hollywood Christmas.”

Immediately following the parade, Santa will return to the Harriston Firehall, where the public is welcome to enjoy hot chocolate and other treats.

Once again, the Harriston Firefighters Association will be collecting non-perishable food items along the parade route and at the firehall for the local food bank.  Firefighters are also collecting monetary donations to support the parade.

“The generous support from the community is what makes the parade so successful year after year,” fire department officials note.

Cars, bikes and walkers are getting ready for a Hollywood Christmas Parade.  For more information contact Mitch Loos at loos.mitch@gmail.com. 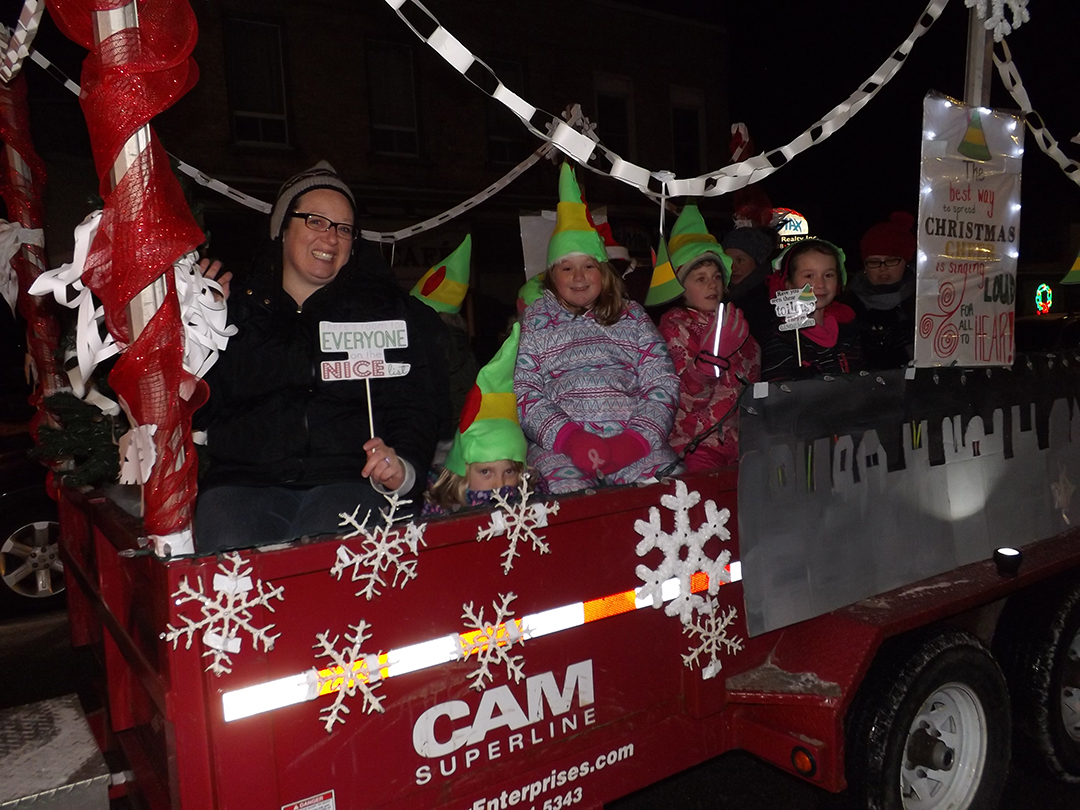 The Minto Dance Academy float in the 2018 Harriston parade encouraged parade-goers to sing along.