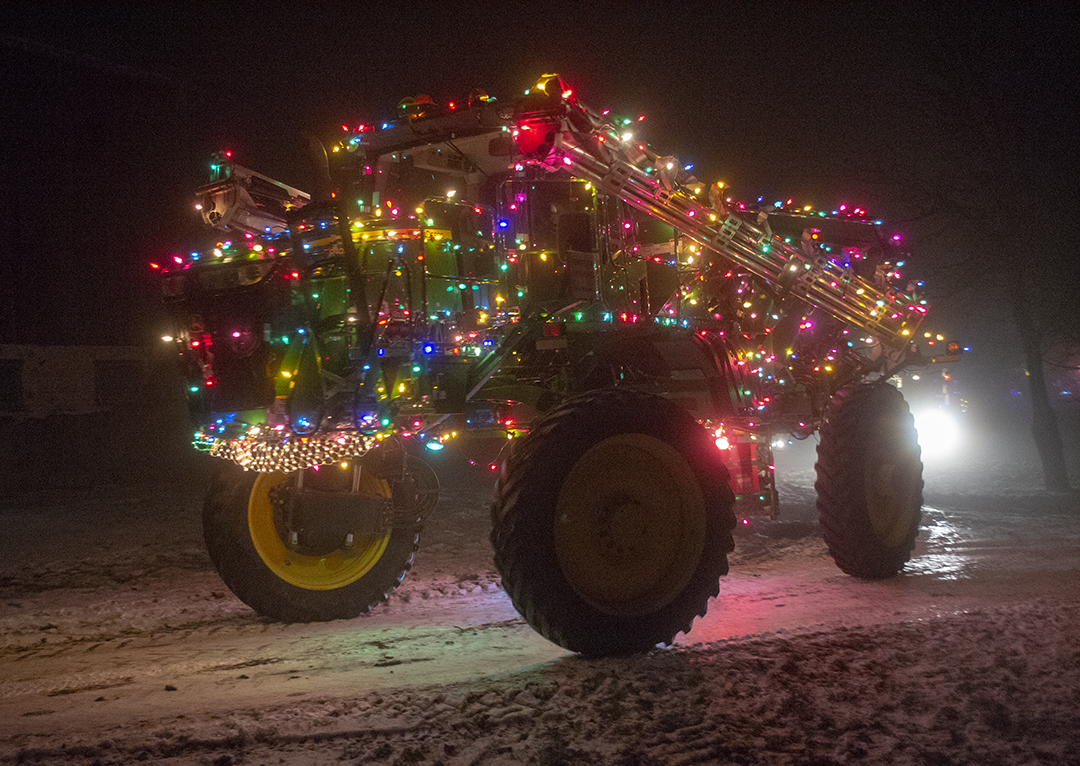 ROCKWOOD – This is the 27th year for the Farmers’ Santa Claus Parade of Lights in Rockwood, to be held Dec. 12 starting at 7pm.

“The first year was very informal and spontaneous,” said Santa Claus, in an exclusive interview.

village streets as a holiday gesture of goodwill to their non-farming neighbours.”

There will be thousands of Christmas lights shining brightly, along with garlands, ribbons and bows, and Christmas trees fully decorated.

Each float will be farm-oriented, including antique and modern tractors, and Santa and Mrs. Claus will be

riding their combine for the grand finale.

A group of cloggers will perform, along with a dancing stable cleaner.

The event is always held on the second Thursday in December. This year it will begin at 7pm on the Fifth Line (County Road 27, Main Street North in Rockwood) just north of the village limits.

The parade will proceed south to the stop light and then turn west and travel towards Guelph on Highway 7.

It will then turn north on the Fourth Line of Eramosa as it heads back to the North Pole.

Organizers advise people to arrive early if they want to see the parade in the village.

Restaurants and shops will be open.

Parking is available on the 4th line, and the parade reaches there at about 7:40pm.

This year the parade will feature about 20 area farms joining in the spirit of the season.

About 200 farmers, family members, employees and friends will join in, riding on the floats.

Entry is by invitation only to ensure that the parade remains a success and that the goodwill gesture to the community continues.

“There is absolutely no fundraising, advertising or fees connected with it.”