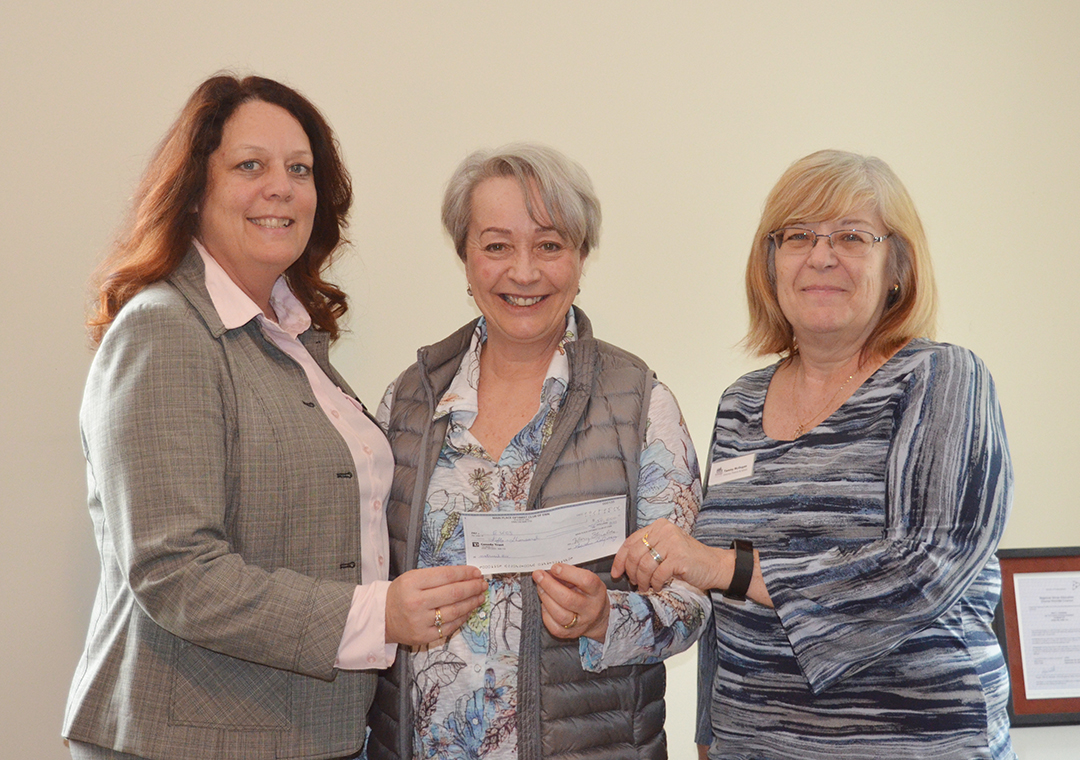 ERIN – An evening drop-in centre for youth will open in September at Centre 2000, thanks to a bequest from Main Place founder Patrick Suessmuth.

Located between the library and the theatre foyer, the Main Place Youth Centre will enable social activities and other supports for youth, provided by East Wellington Community Services (EWCS).

He died in 2014 and left 90 per cent of his estate, initially about $1.44 million, to either Erin Hoops Inc., or if there were no basketball association operating in the town, to Main Place Optimists.

He gave 10% to local branches of the Wellington County Library.

Suessmuth had operated the youth activities informally, often funding them with his own money, and had established an Optimist Club as a way to obtain liability insurance.

The will was the subject of a court case, with dispute over whether there were two distinct entities. The estate was not settled until this year, with $517,500 awarded by the Superior Court to Main Place Optimists and a similar amount to Erin Hoops Inc.

MPO is donating its entire bequest to EWCS, for operation of the new drop-in centre.

The Advertiser has not been able to find out what Erin Hoops plans to do with its share of the estate, and who is currently on their board.

“EWCS always believed in the work of MPO – we were sister agencies,” said EWCS CEO Kari Simpson. The agency helped MPO with developing programs and policies, and getting grants.

Simpson said the drop-in centre is a “shared vision”, which is in keeping with a recent shift at EWCS away from education (passing the EarlyON children’s program to another agency) to focus more energy on social services.

The exact activities and schedule for the drop-in centre this fall have not been determined. EWCS has hired youth outreach worker Jamie Hopkin, who will consult with local youth to see what they want.

“The youth need to build it,” said Simpson.

EWCS has an agreement that will allow the space to be used by the school during the day and the drop-in centre in the evenings.

There will be a mix of scheduled activity and free time. The 1,327 square foot space will include a games room and kitchen. There will also be areas for other needs such as homework help and advice on issues of concern.

Simpson said EWCS will not rely solely on the MPO donation, but will seek government funding and carry out community fundraising to ensure the long-term operation of the drop-in centre.

In March, former MPO president Mary Shields presented Simpson with the first installment of the funding, $417,500, and on May 29, Parsley provided a further $50,000.

Once the estate is completely wrapped up, there will be another $50,000 cheque, and the MPO group will be dissolved, said Parsley.

After Suessmuth’s death, Main Place Optimists carried on with a variety of camps and youth basketball, including Wednesday night Junior NBA at the high school.

The directors in 2003-04 were Michael Rooney, Gary Kaitting and Georgina Rogers, and their names appear on the current Erin Hoops website. Later Steve Bergwerff was a director. All four testified during the civil court case regarding Suessmuth’s will.

Bergwerff responded to an Advertiser enquiry about Erin Hoops’ plans for this year.

“When everything is organized I’m sure there will be a press release,” he said.

“There’s a lot changes and organizing in the process.”

The Town of Erin is part of the changes to youth services, offering a series of youth camp sessions for the first time this summer.

There is a different theme each week, with a variety of sports, games, music, arts and crafts.

The cost is $160 per week, and EWCS is offering financial assistance to families if needed. Register or get more details at www.erin.ca/erin-camp.