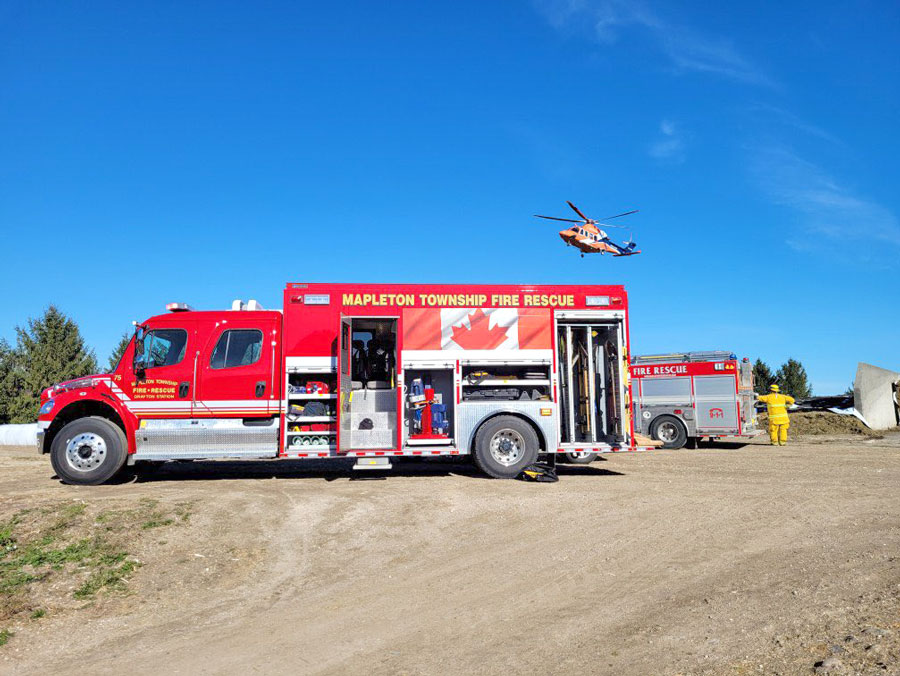 Air ambulance - A youth was airlifted to hospital with a serious leg injury following a farm accident at a property on Wellington Road 12 on Oct. 29. Mapleton Fire Rescue Twitter photo

MAPLETON – A 15-year-old was airlifted to hospital with a serious leg injury following a farm accident here on Oct. 29.

Wellington County OPP spokesperson Josh Cunningham reports police responded to an address on Wellington Road 12 around 11am for a “non-traffic accident – Industrial/Farm/Other/” at the request of EMS and fire service.

Richardson said the victim had been running a skid steer near a manure pit and the machine flipped, pinning the youth’s leg against the concrete pit.

“We worked with the farmer and worked with our airbags … got it all lifted up carefully and safely,” said Richardson.

Firefighters then cut the cage of the skid steer to release the youth, who was airlifted to hospital.

Richardson said the youth is being treated for the leg injury, which is the most serious of those he sustained.

“The leg was the major thing for sure,” he stated.

Cunningham said the Ministry of Labour was notified of the accident.