There has been great debate about whether Canada Day celebrations should be something that happen this year, in light of the recent revelations involving the recovery of the bodies of more than 1,000 Indigenous children who have been missing.

These bodies are evidence that residential school survivors have not been lying about what they lived through. 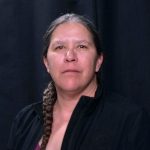 With the Truth and Reconciliation Report finally being implemented and the general public learning the truths in that report, it seems like a really good time for all of the people here in this land to hit the pause button. Besides, things were most likely going to be cancelled again because of the pandemic, so it really doesn’t change much in that sense.

By the time this column is published on Canada Day, people will have chosen.

I hope you choose to be thoughtful and kind, choosing for this one year to reflect on Canada’s current state of affairs.

I hope you choose to support and love the Indigenous Peoples of Turtle Island as they sort through their grief and the trauma that many, if not all, are reliving right now.

How can there be a celebration in a country that stands accused of genocide?

Instead, I invite you to spend your time learning about the true history of the land you live on and the tremendous sacrifice that Indigenous Peoples have made for your happiness and security.

The beauty of this time is that we have all been presented the chance to make a significant change in this country, to figure out how to move past the horror and the pain to create a new, better place on Turtle Island.

Learn and honour the treaties, acknowledge the land you live on is built on the bones of my people, and give the people the time to figure out what to do next.

There are many ceremonies to be held and thousands of DNA tests to be performed. The work will be exhausting for those participating, and those people will need all of the strength and courage they can muster.

But meanwhile, the rest of us can get busy doing damage control because it will take every person stepping up and doing the right thing to fix this seemingly broken situation.

So, nobody (at least not me) is saying to cancel Canada Day forever. Instead, take the day to create a new way to celebrate the truth, including the Original People of Turtle Island.

Let the children lead the way, for they are the future.

Cory Bilyea is an Indigenous journalist currently working for Midwestern Newspapers. She is a member of the Six Nations of the Grand River nations, better known as Onkwehonwe, the original people. Cory is a survivor of intergenerational trauma caused by residential schools.