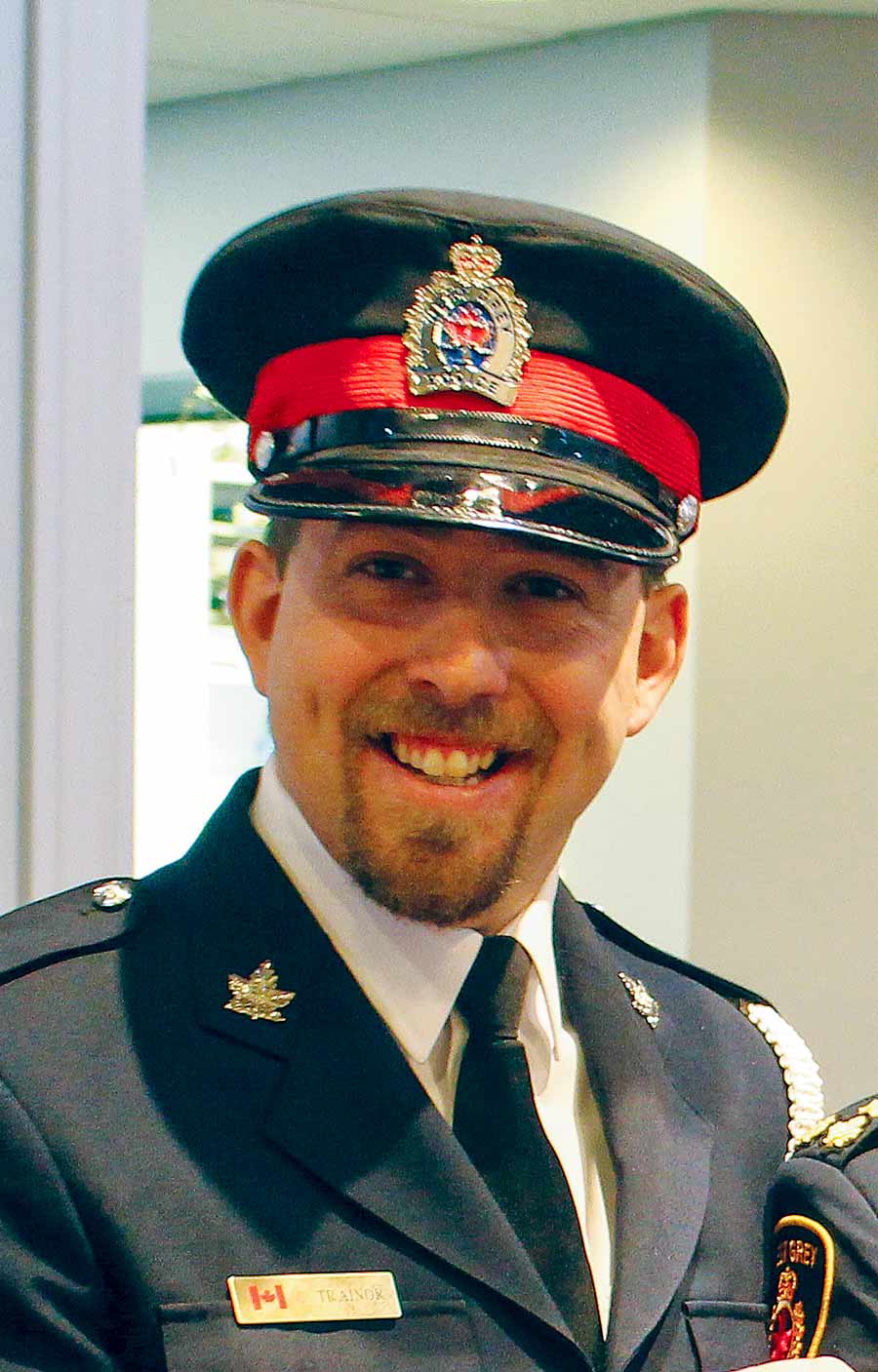 WEST GREY – The West Grey Police Service is mourning the loss of one of their own.

Police say he was found dead in a police vehicle parked near Mount Forest, at Grey Road 109 and Southgate Road 6, the morning of Feb. 18.

A coroner’s examination has revealed that Trainor died of a “self-inflicted injury.”

Dave Bishop, an inspector with the Owen Sound Police Service, called Trainor’s death “an officer death under some tragic circumstances.”

Owen Sound Police say Trainor’s death was “not criminal in nature,” is not considered suspicious and that they are not looking for any suspects.

The Office of the Chief Coroner for Ontario will determine the official cause of death.

Trainor, who served with West Grey Police for five years, issued statements on cases each week to media and often spoke on behalf of the West Grey Police Service, both locally and nationally.

Last summer, Trainor spoke to CBC about West Grey Police’s Road to Mental Readiness training, and in December he was the recipient of a St. John Ambulance Life Saving Award for saving the life of his neighbour, Borys Lenko, by performing CPR after Lenko had a heart attack in June 2019 in Shelburne.

“We extend our deepest condolences to the officer’s loved ones and colleagues,” read a Feb. 18 statement from West Grey Police Service. “This tragic loss of our colleague and friend is being felt throughout our close-knit community and will inevitably continue to be felt for a long time to come. The loss of one member affects us all.”

West Grey Police, in a Facebook post on Feb. 20, described Trainor as a young, energetic, well-known officer in the community who was proud of his ongoing involvement and leadership in the organization of local fundraisers.

“On behalf of the municipality and the board, I extend our heartfelt condolences to the officer’s family and continue to offer support to the West Grey Police Service during this difficult time.”