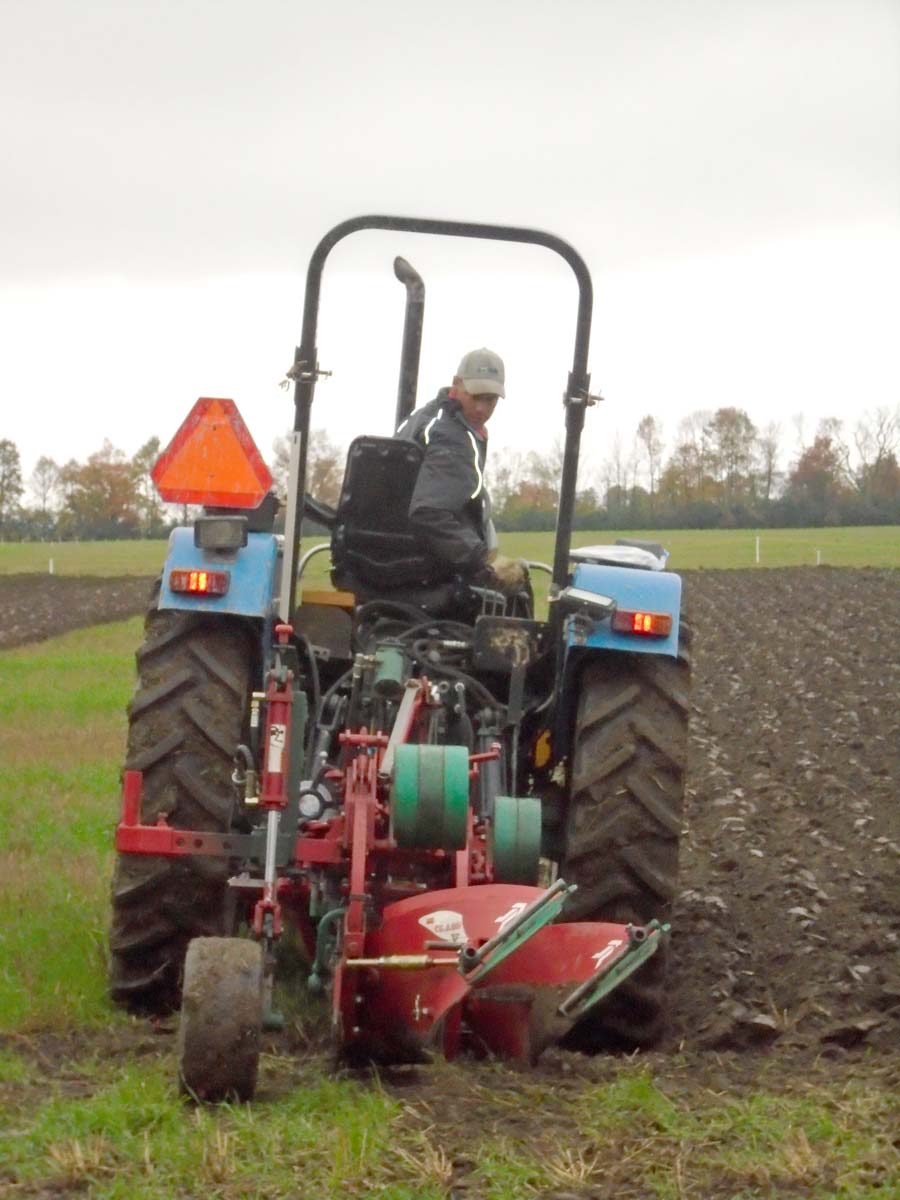 National champion - Minto resident Carman Weppler is the 2019 Canadian plowing champion. Weppler was originally named reserve champion at the 2019 IPM, but a re-tabulation of scorecards later revealed Weppler was the winner. Submitted photo

MINTO – Wellington County is well represented  on the plowing circuit in 2019.

Mapleton resident Heidi Frey won the Ontario Queen of the Furrow title on Sept. 20 during the 2019 International Plowing Match and Rural Expo (IPM) in Verner and  Carman Weppler of Minto has now been named Canadian Plowing Champion (CPC), after it was discovered he was mistakenly placed second due to a tabulation error.

Weppler qualified to compete at the Canadian match during last year’s IPM in Chatham-Kent.  After spending August and September practicing at local matches he was off to Sunderland on Sept. 29 to prepare for a week of Canadian competition being hosted by the Durham Region Plowmen.  There were eight plowmen competing in Weppler’s class of conventional plows, as well as two in the junior class and five in the reversible clas.

Practice days for all the competitors were followed by three days of competition, two in stubble and one in grassland sod.  The rain prior to the competition made for good plowing, but the temperature swing from Monday sweating in the 30 degree humidity to Thursday having to find toques and mitts and layers of clothes made things challenging.

Weppler was clearly neck and neck with fellow competitor Brian Davenport of Owen Sound for top placings after the first two days.  The final day of competition was the sod day.  Weppler was pleased with his land and felt despite some minor issues that he would place part way through the group of eight.  Davenport also had some issues with his land on the final day.  At the awards banquet Friday night Weppler was named Reserve Champion with Davenport taking top honours.  At this point in time the plow competitors were only given their final scores of the week and the full score cards are mailed out at a later date.

On Oct. 8 Weppler received a phone call from the president of the Canadian Plowing Organization, Thomas Murdock notifying him there had been a tally error on the score cards.  Weppler was actually the Canadian Senior Conventional Plow winner with a seven point advantage over Davenport.

Apologies were made for the error and Wepler  accepted the win and will represent Canada at the 2020 World Ploughing Contest in the the Leningrad area of Russia next August.

In a press release, Weppler indicated he had mixed emotions “feeling badly for Davenport, but also excited at the opportunity to represent Canada in Russia.”

The following day CPC chair Barry Timbers arrived at the farm just outside of Clifford to present Weppler with his Silver Plow trophy and gold medal.

Weppler also was able to have a telephone conversation with Davenport who the release states has “shown considerable sportsmanship” over the mixup.

Weppler last plowed on the global stage at the 2015 World Contest in Denmark.