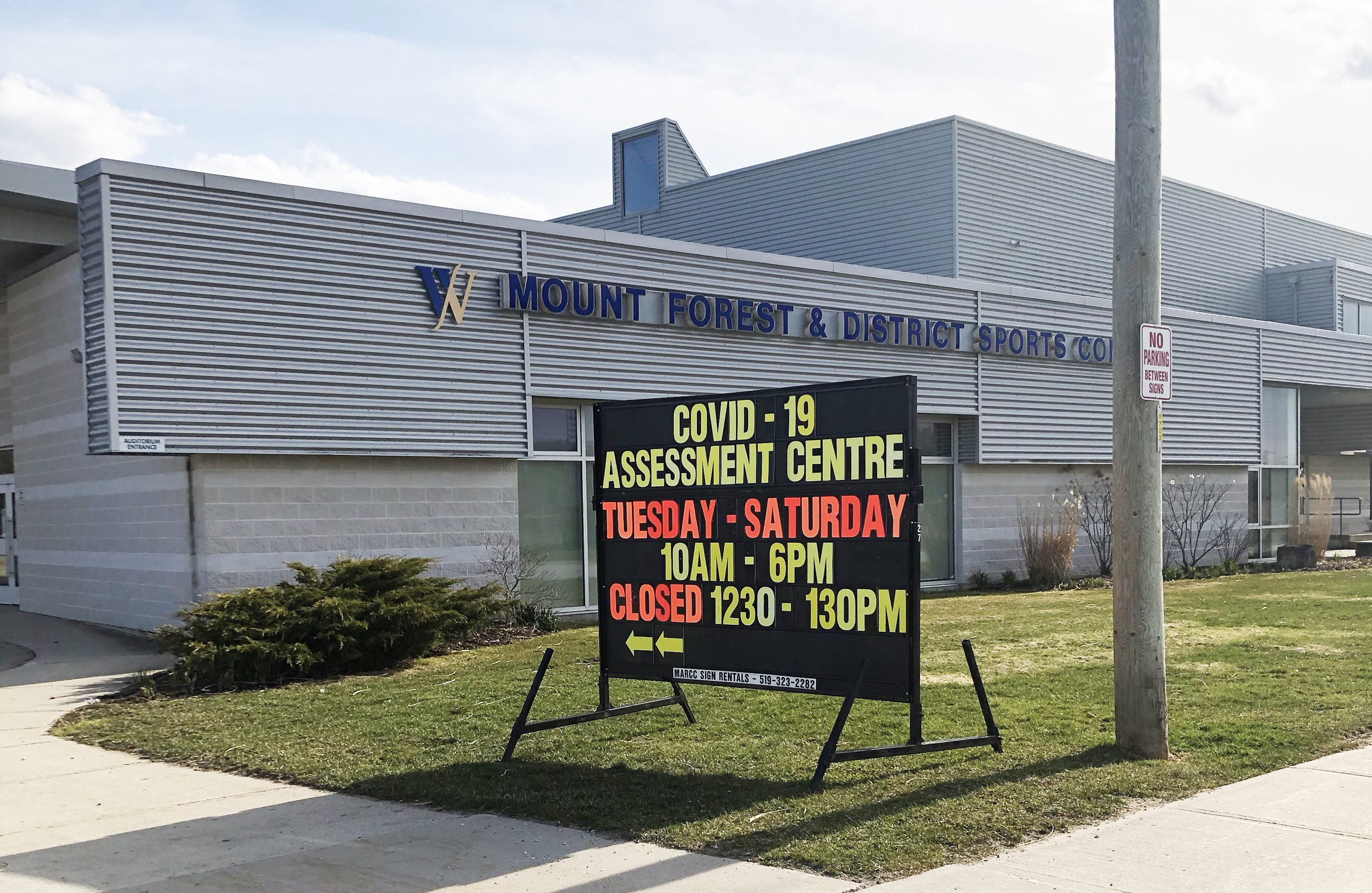 MOUNT FOREST – Wellington North council is willing to provide accommodations for a local COVID-19 Assessment Centre as long as one is needed.

However, councillors agree the centre is likely to be eventually moved from its current location at the Mount Forest and District Sports Complex.

At its May 19 meeting, council directed staff to accommodate staff of North Wellington Health Care and the Mount Forest Family Health Team and the operation of a COVID 19 Assessment Centre “as long as deemed necessary to serve the testing needs of the northern catchment area of Wellington-Dufferin-Guelph Public Health (WDGPH).”

Council also agreed to waive rental fees for the facility, but directed staff to determine direct costs attributable to the assessment centre in order to request reimbursement from the province.

The assessment centre opened on April 21 and was initially expected to be needed until June 30, stated CAO Mike Givens in a staff report.

On May 20, WDGPH indicated assessment centres may be required until a vaccine for COVID-19 is discovered, the report states.

“It is further assumed that as Ontario ‘reopens’ more testing will be required,” adds the report, which also estimates the agencies involved would require two weeks to relocate the local centre.

“How’s it going up there?” asked councillor Steve McCabe.

“Obviously the assessment centre is busy, but for the health and welfare of everyone that’s there and our residents, has it been pretty calm … do you know how many they’ve tested up there?”

Givens replied that as of May 19 the local centre had assessed 240 people, all of whom were tested for COVID-19 “and we have had four positive tests that have come out of the Mount Forest assessment centre.”

“I wouldn’t say it’s overly busy. I don’t think there’s a flood of people. But they are doing tests based on those numbers.”

Givens said health team, public health and hospital officials he spoke to are happy with the current arrangement, but are also open to change.

“I think they are happy with the status quo as it is. I think they also recognize, as the province starts to reopen, they may have to look at a different location’ maybe something that’s smaller, something that has rooms,” said Givens.

However, he pointed out, “There’s probably going to be a need for testing for 18 to 24 months and they recognize that’s probably not going to be viable at the sports complex for that period of time.”

“They changed the criteria for testing. If you have a sniffle or anything you’re to get tested, whereas before you had to be referred,” Lennox pointed out.

“This is part of moving into the phase where they’re trying to identity where the virus is and contact trace so that, as we move to a more open economy, we don’t have to be locked down. We can get it traced and get it stopped in its tracks.”

The mayor added, “So testing is becoming critically important. So I think having access to it someplace other than Guelph or Orangeville is of real value to the rural residents.”

The latest data from the Mount Forest assessment centre (as of May 22) is included below. 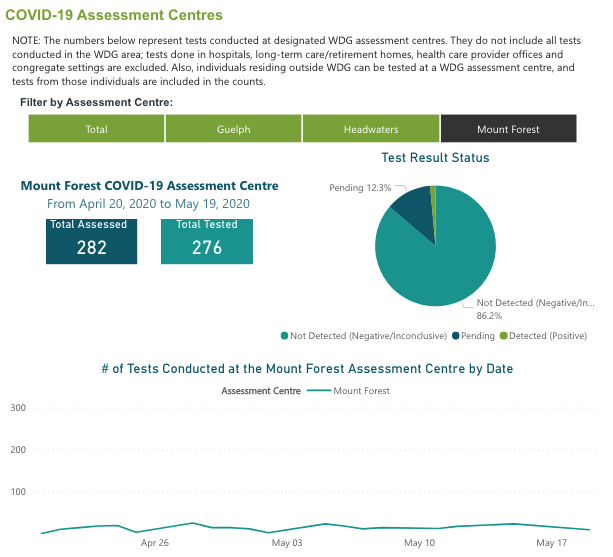