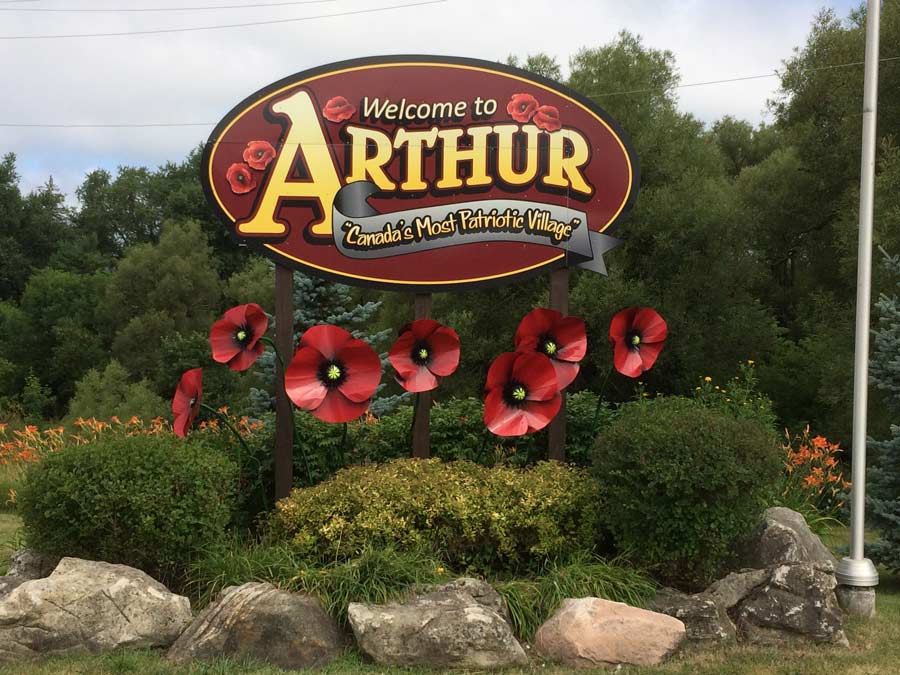 KENILWORTH – Wellington North is setting the groundwork for an Arthur Business Improvement Area (BIA) for 2020, despite considerable “pushback” from local business owners.

On Dec. 16, councillors passed bylaws for the creation of the BIA, but stopped short of appointing board members.

Township officials hope to provide additional information to the business community to get them on board with the concept.

The item came up as part of the minutes for the final meetings of the Arthur  and the Mount Forest Downtown Revitalization Committees.

Councillor Steve McCabe, who recognized the accomplishments of both committees, said he considers it “a good setup for Arthur to hopefully transfer into the new BIA in conjunction with the BIA in Mount Forest,” which has existed since 1985.

He said he hoped the new BIA works alongside the economic development committee and the Arthur Chamber of Commerce.

Mayor Andy Lennox added, “It is important to recognize all the people who invested their time and sweat equity in the projects. We owe them a debt of gratitude.”

Lennox later spoke to regulations required to establish the Arthur BIA “to get things rolling.”

The mayor then asked councillors to consider communities within an hour-and-a-half drive where they might want to visit or shop.

Councillors responded with communities such as Thornbury, Collingwood, Creemore and Cookstown.

Though Lennox was uncertain of the status of Cookstown, he had come up with a substantive list of communities which do have BIAs.

“I was surprised with the number. My point is that a lot of the communities we chose to go to do have BIAs which have spruced up their downtowns,” he said.

McCabe noted a recent letter objecting to an Arthur BIA by Mitch Keirstead, owner of Eclectica in Arthur, was sent to members of council and published in the Dec. 12 edition of the Wellington Advertiser.

“It seems the gist of (Kierstead’s) concern is that this is being thrust upon the community without prior knowledge,” said McCabe, disagreeing with that notion.

“It did not just crop up overnight and it’s not being rammed in.”

Lennox noted some objections were raised at the final meeting of the Arthur Downtown Revitalization Committee, in particular by residential owners and businesses at the north end of Smith Street who felt they would not benefit from a BIA.

Lennox said the township is taking a leadership role and doing “what we believe is best for Arthur residents.”

The mayor said if council believes a BIA is appropriate for Arthur, there are a number of ways it could be accomplished. He said council could move ahead with the recommendations presented.

Lennox noted council could also delay implementation and spend additional time informing people about BIAs and how they work.

McCabe said the information has already been shared, “but if it helps the community be a little more comfortable, I’d be in favour of that.”

Lennox  said “ultimately we do have a role in what the future community should look like.”

He noted one thing changed from the original proposal is a reduction of the BIA to an area along the main street from the business core south to the intersection of Highway 6 and Wellington Road 109.

“The process to establish a BIA is well set out within the Municipal Act,” he said.

As to the suggestion that property owners did not get notice, Small said the notices were sent to the same address as tax bills.

“It was up to building owners to advise their tenants – a legal obligation to advise the business owners,” said Small, adding the township also held an information open house and broadcast information on social media.

Councillor Lisa Hern said she had heard a lot about the issue in part because of her involvement as council’s representative on the chamber.

Noting she fully supported implementation of the BIA, Hern asked what would happen if it was delayed.

Mayor Lennox said, “I think council has to send a clear message whether it is for or against a BIA.”

Council was told it could support the regulations to set the foundation of the BIA and hold off on naming board members.

Clerk Karren Wallace explained with that approach council could wait, hold an additional public information “and when you are ready, appoint BIA members.”

If that does not happen until next year, Wallace said council still has all the building blocks in place.

Councillor Dan Yake added “there’s been lots of discussion and it is time to move forward.”

Small noted there were 10 to 15 people at the information meeting in November.

Considering the size of the business community, the attendance only was a small representation of that group, he said.

Small stated “we don’t want to lose the momentum generated, but on the other hand, having 20 objections is not an insignificant number within a small community.

“We don’t want to start a BIA off in a bad way because of a lack of information.”

He also agreed the world would not end if the process was not complete in the next 30 days in order to give the community more time to buy into it.

Regarding budgeting, Wallace stated the BIA determines the budget, which is then approved by council. She clarified the role of the BIA is for beautification and improvement, not capital repairs.

Lennox, who said he was surprised at the “pushback from the community,” noted he has no issue with a month delay.

Regardless, Lennox advocated sending out letters with more detailed information on how BIAs work and potential benefits.

Small said in regard to an information meeting in January, the township can again send letters to property owners and hand deliver invitations to business owners.

A tentative meeting date for an information meeting or open house about the Arthur BIA would be Jan. 23 to allow council to appoint a board of directors in February, said Small.