The weekend case count brings active cases in the region to 588, down from the record-high 679 set last week.

WDGPH’s COVID-19 indicators also appear to have stabilized after steadily increasing over the previous three weeks.

Across the region, 27 people are hospitalized with COVID-19, up from 18 one week ago, including seven in intensive care units at either Guelph General Hospital or Headwaters Health Care in Orangeville (Wellington County hospitals do not have ICUs).

Wellington County had 43 new cases over the weekend and now has 101 active cases, down from a record-high 122 one week ago.

The county’s seven-day average for daily cases, which is often used to indicate trends, is now 11.43, down from 13.57 one week ago.

Dufferin County had 43 new cases over the weekend and now has 159 active cases, up slightly from 154 one week ago. 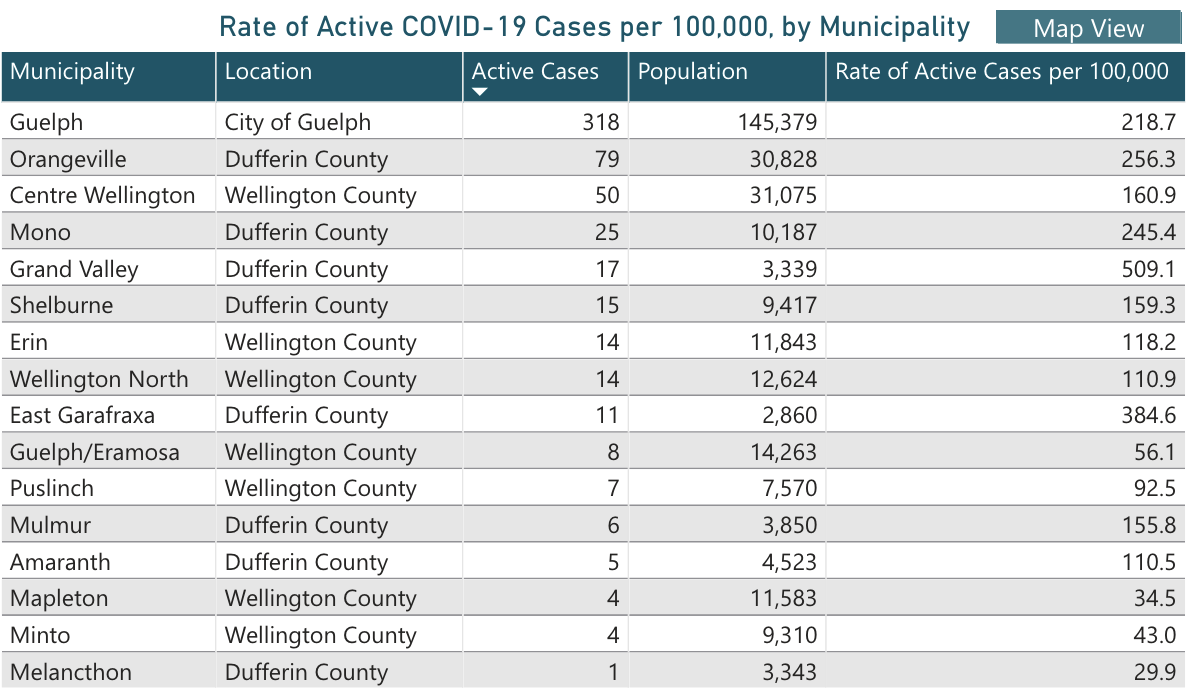 There is currently just one facility outbreak in the WDGPH region.

An outbreak at Homewood Health Centre in Guelph (Manor 2), has affected four staff and four patients, and was declared April 1.

Recently declared over was an outbreak at Wellington Terrace Long-Term Care Home in Aboyne (five staff cases) that was declared on April 2.

Ontario schools returned to online-only learning as of April 19, following the one-week break rescheduled from March.

As of April 26, all cases in WDGPH-area schools had been resolved.