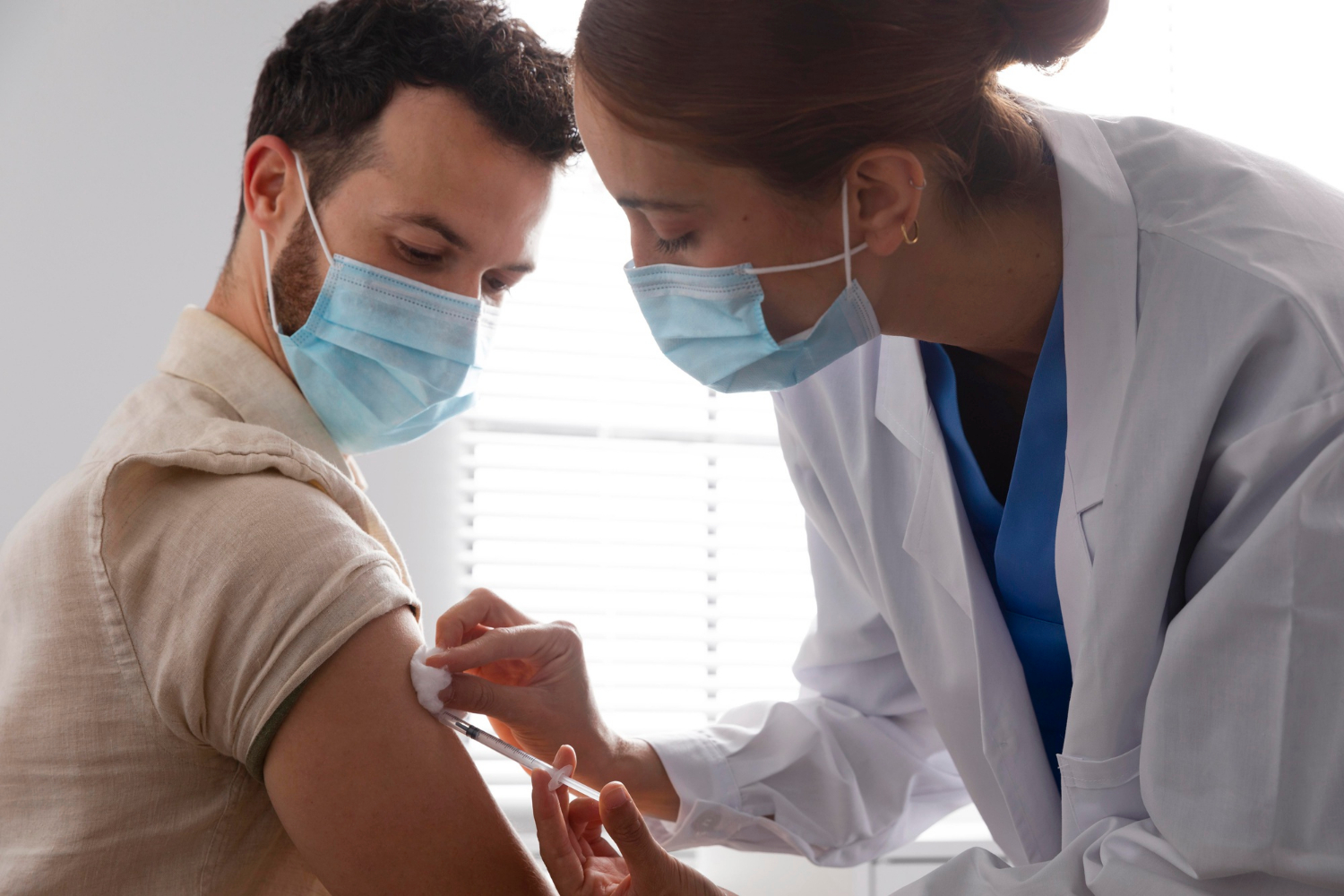 Wellington-Dufferin-Guelph Public Health is anticipating more appointments will become available in the new year for third dose vaccinations after a new clinic starts up at the University of Guelph. (Freepik image)

WELLINGTON COUNTY – Ontarians over the age of 18 became eligible for a third vaccine dose as of Dec. 20 but residents, including those in the Wellington-Dufferin-Guelph Public Health (WDGPH) region, are having trouble finding timely appointments.

Anna Vanderlaan, a WDGPH spokesperson, told the Advertiser in an email the health unit is “planning to add more booster vaccination appointments in … January and February in order to provide as many opportunities as possible for residents to be vaccinated.”

The health unit intends to offer more booster appointments by starting up a new clinic at the University of Guelph in the new year.

Vanderlaan did not provide a timeline, stating “there are still some logistics to work out,” but added the new clinic is expected to accommodate “hundreds of people per day.”

“This clinic will add to our current capacity which has seen an extraordinary surge in ability to provide vaccines over the past several weeks,” Vanderlaan stated.

Some health units across the province are also experiencing a shortage in supply of adult Pfizer doses from the province, prompting some to reserve the supply they do have for those in the 12-to-29 age group and offer Moderna to those 30 and over.

Provincial health ministry spokesperson Alexandra Hilkene stated in an email to the Advertiser the province has requested “an additional four million Pfizer doses” from the federal government and is “working with its health system partners to ensure sufficient supply of the Pfizer vaccine for individuals aged 12 to 29 until new supply is confirmed.”

“We will be working closely with the federal government to understand incoming vaccine supply for January to March, but we have received assurances that there will be enough vaccines for all Ontarians as we continue to rapidly expand capacity and eligibility for booster doses,” Hilkene added.

Vanderlaan refused to clearly answer several questions from the Advertiser, including if the local health unit is experiencing a shortage of adult Pfizer doses, stating instead that the provincial shortage “will not impact our ability to protect individuals through vaccination.”

However, she did confirm adult doses of the Pfizer vaccine are being prioritized locally for 12 to 29-year-olds, in line with a Dec. 3 recommendation from the National Advisory Committee on Immunization, while Moderna is being offered to those 30 and over.

Vanderlaan refused to say if Moderna was being offered to those 30 and over because of a local shortage of adult Pfizer doses.

Vanderlaan also did not provide a direct response when asked about how many adult Pfizer doses were in the health region, but stated “at this time [WDGPH] vaccine supplies, both paediatric and adult, are sufficient to meet the needs of our community over the next several weeks.”

Between Dec. 1 and 23, 54,198 doses were administered in the health region with 80% of those being third doses, according to publicly available WDGPH data.

So far this month, around 43 per cent of all vaccines in the region were administered in pharmacies, according to data provided by Vanderlaan.

Over half a million total doses have been administered in the region throughout the pandemic.

Over the holidays WDGPH will be running drop-in vaccine clinics for first and second doses alongside family health teams in Guelph and Dufferin County, and vaccines may be available at participating pharmacies.

Vaccinations will also be offered on New Year’s Eve at John F. Ross Collegiate in Guelph (21 Meyer Drive) from 9:30am to 3pm.

On Jan. 2, vaccinations will be offered at the Alder Recreation Centre in Orangeville from 9:30am to 3pm.

Anyone between five and 11 years old needs an appointment for a first or second dose, as does anyone of any age for a third dose.

Holiday hours for the booking line are: