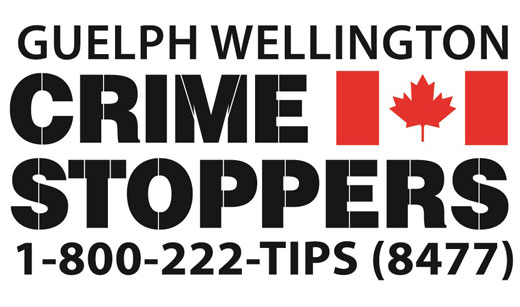 MAPLETON – Signs of human trafficking may not be visible on the streets of Wellington County towns and villages, but the victims are coming from local communities and awareness is essential to prevention.

That message was shared with members of Mapleton council on July 13 by Crime Stoppers Guelph Wellington coordinator Sarah Bowers-Peter.

“We know that these crimes are happening. We’re getting tips on human trafficking at Crime Stoppers … from people saying it’s happening in Wellington County,” Bowers-Peters told council.

“I know that people are feeling there’s a disconnect – ‘it’s not happening downtown Drayton. I don’t see it happening in Fergus or Mount Forest or Erin.’

“The fact of the matter is the commodity, the product, the individuals are the ones that are being groomed and engaged from our communities.”

She added, “So, while the crimes may not be taking place on our main streets, the victims are coming from our neighbourhoods and that’s being facilitated by the internet.”

Bowers-Peters provided an update on human trafficking initiatives in response to a request for more information from councillor Michael Martin at the June 30 meeting.

After providing a general update on CSGW activities, Bowers-Peters explained that human trafficking is poorly understood, particularly in rural areas.

“I became aware of human trafficking around 2016 and before that time pretty much had the same misconception as many people, which was that it’s something that happened in other countries or that it was happening in urban areas,” she said.

“After a couple of training sessions with our friends at Victim Services Wellington, I quickly learned that is not only … an international crime, it’s actually happening in our backyard and it’s happening more commonly than we believe.”

Once the CSGW board members realized the extent of the situation locally, they set out to “use our platform to educate and create awareness” in the area, said Bowers-Peter.

Earlier this year CSGW teamed up with Wellington County OPP and Victim Services Wellington to launch a two-year awareness campaign.

Started in January with funds from a provincial Community Safety and Policing Grant, the campaign strives to educate through social media, advertisements, community engagement and the training of police. Information on the initiative can be found at www.htinwc.com.

Ironically, the COVID-19 pandemic may have kept people off the streets for much of the past 16 months, but it has exacerbated the human trafficking problem.

“With our young people being online so much and the mental health issues over this past year, the breakdown of our social connections has been problematic and it has made it just a real great opportunity for traffickers to reach out to young people,” Bowers-Peter explained.

“So we’re not just targeting the youth and making sure they understand what’s happening when they have interactions online, but also the people around them to say you need to check in with our kids more often, you need to know what’s on their phones and on their devices.”

She continued, “It may be awkward to sit down with your son or your daughter and ask them who they’re engaging with online, but it’s going to be absolutely devastating if you find out they’re being trafficked.

“So better to have the preventative conversation now, than to deal with the consequences of this horrific victimization after the fact.”

Bowers-Peters estimated that over 40 individuals were provided with human trafficking-related support by Victim Services Wellington in the past year.

“So even if they’re not necessarily going to the police or its not necessarily being reported to Crime Stoppers the fact of the matter is the victims are reaching out for support, so we need to have the conversations about it, and get awareness going,” she stated.

Mayor Gregg Davidson agreed “It is something that we all need to be aware of,” adding he is pleased the township was able to provide a platform to help get the message out.