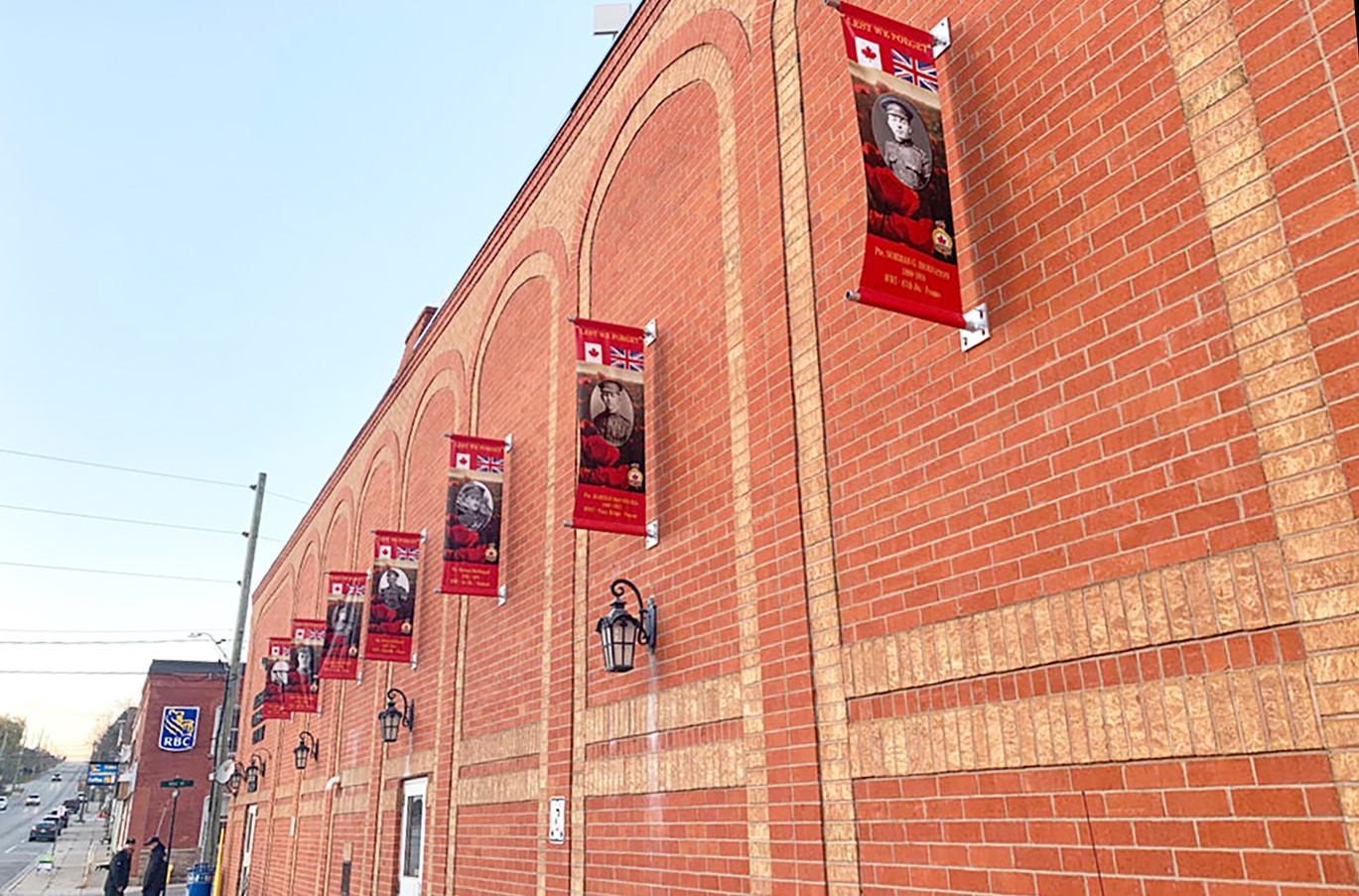 These banners, featuring service people from the Hillsburgh area who died in the First or Second World Wars, have been hung in Hillsburgh for Remembrance Day. The project was the idea of the Let’s Get Hillsburgh Growing committee with support from the Town of Erin and the Erin Legion. They were manufactured by Kennedy Flags in Erin and installed by Rae’s Neon of Cedar Valley. Submitted photos

HILLSBURGH – Banners bearing the names and photos of servicemen from Hillsburgh and area, who fought and died in the First and Second World Wars, have been mounted outside the Hillsburgh Community Centre.

The project was the initiative of the Let’s Get Hillsburgh Growing committee, in partnership with the Town of Erin and the Erin Legion.

“I was aware of the Legion doing banners in the Village of Erin at the cenotaph and had the idea to do it in Hillsburgh,” said Jeff Duncan, a county councillor for Erin and member of the Let’s Get Hillsburgh Growing committee.

“Erin only has one cenotaph and it has the names of folks from Erin. There is no cenotaph or visible reminder in Hillsburgh.”

Fourteen individuals from Hillsburgh and area fought and died in the two wars, and the committee felt they should be honoured by name, Duncan said. 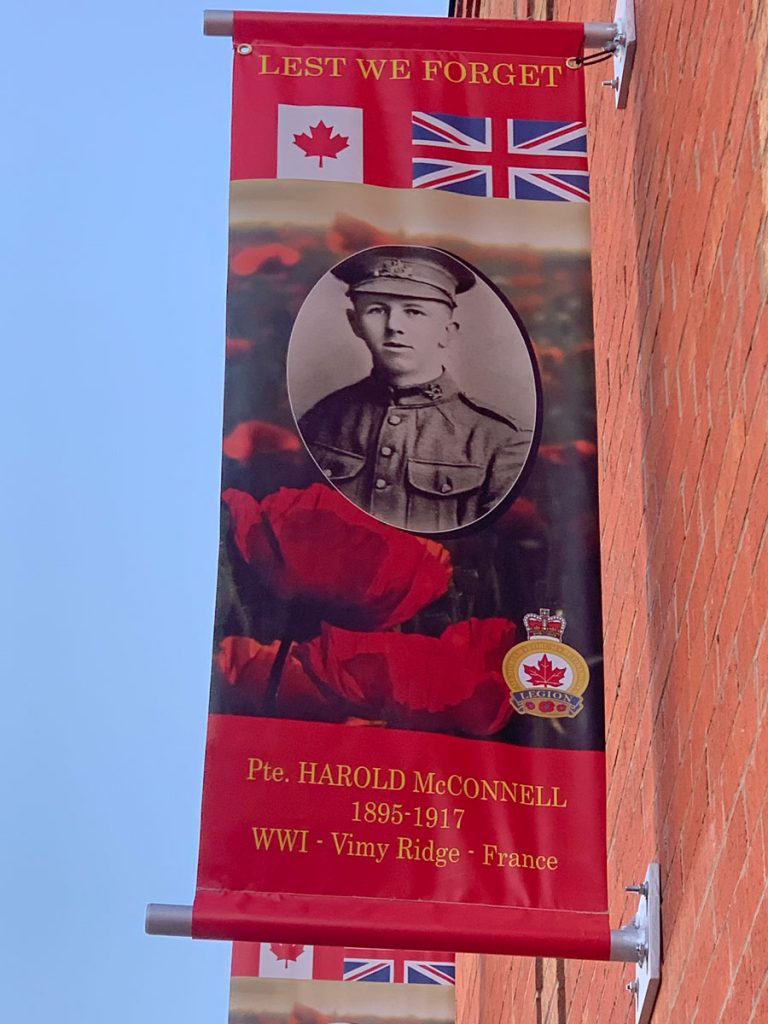 Former Erin resident Doug Kirkwood, who is still involved with the Erin Legion, had already done the heavy lifting on the project, Duncan said, when he  researched his book, We Will Remember Them: the Men and Women of Erin and District.

Kirkwood, on behalf of the Erin Legion, also applied for a grant from the town, which was approved, and coordinated with the Royal Canadian Legion Dominion Command for permission to hang the banners.

The $2,500 grant from the town will cover about 90 per cent of the cost of the banners, brackets and installation, Duncan said.

There are seven banners, each featuring two servicemen, one on each side.

They feature the name, dates, unit, where they are buried and a photo if one is available.

Duncan said the banners will be up for about three weeks and should last ten years.

Duncan said it’s a fitting tribute to those who gave their lives in the war.

“They’ll be prominently displayed, and they should be,” he said.