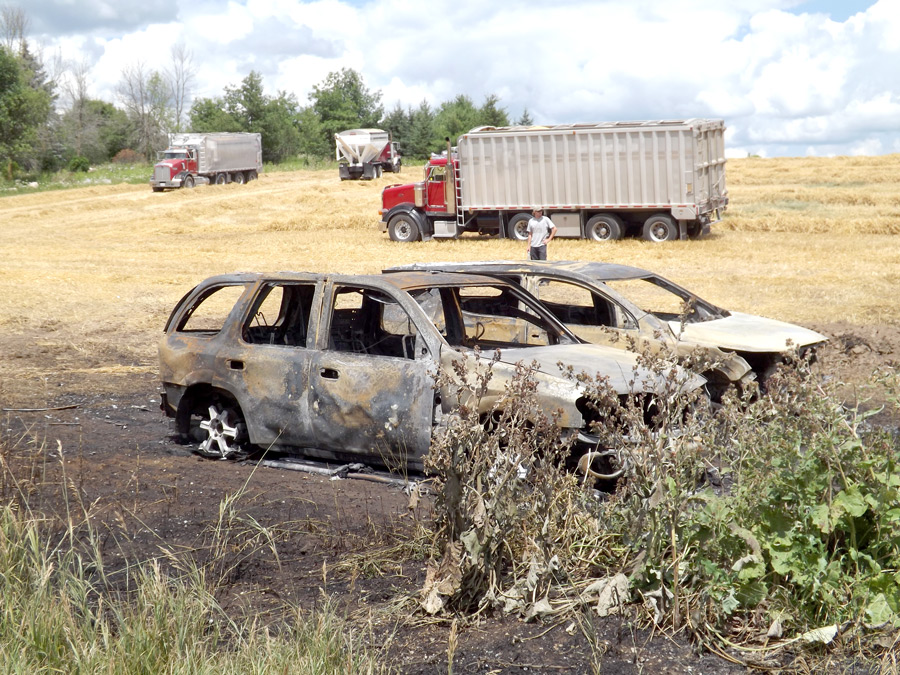 Vehicle fire - A two-vehicle fire in Guelph-Eramosa Township caused about $75,000 in damage on July 31. The fire occurred in a wheat field on Wellington Road 29, just north of Wellington Road 124. Photos: Patrick Raftis/submitted

Nine firefighters from the Rockwood station responded to the call at about 12:30pm.

“Upon arrival, both vehicles were fully-engulfed and there was minor extension into the wheat field,” stated Guelph-Eramosa deputy fire chief Jim Petrik in an email.

“The farmer had pushed some of the rows of wheat straw away from the fire, which slowed the spread.

“Also, the wind direction was blowing away from the field, which helped.”

The fire was extinguished in about an hour and there were no injuries.

“The cause is likely heat from the … cars’ exhaust igniting the wheat straw,” Petrik said.

When the cars ignited the drivers were standing by a combine in the wheat field. They called 911. 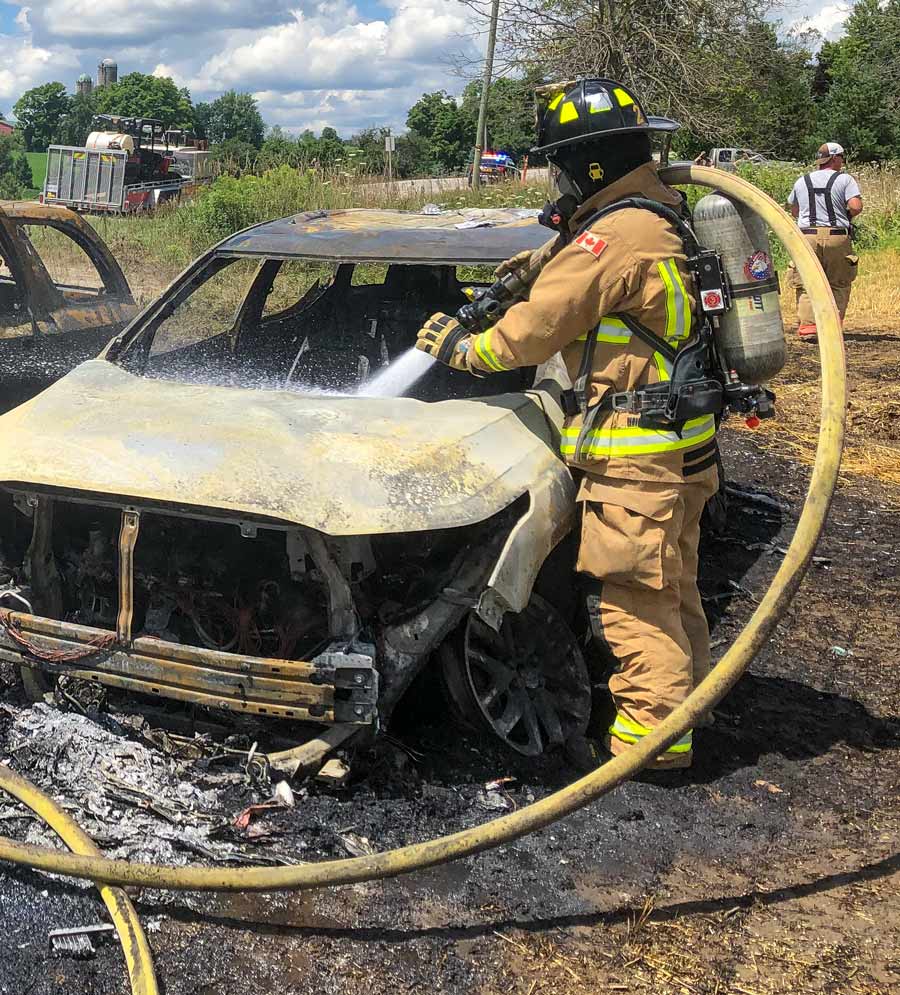