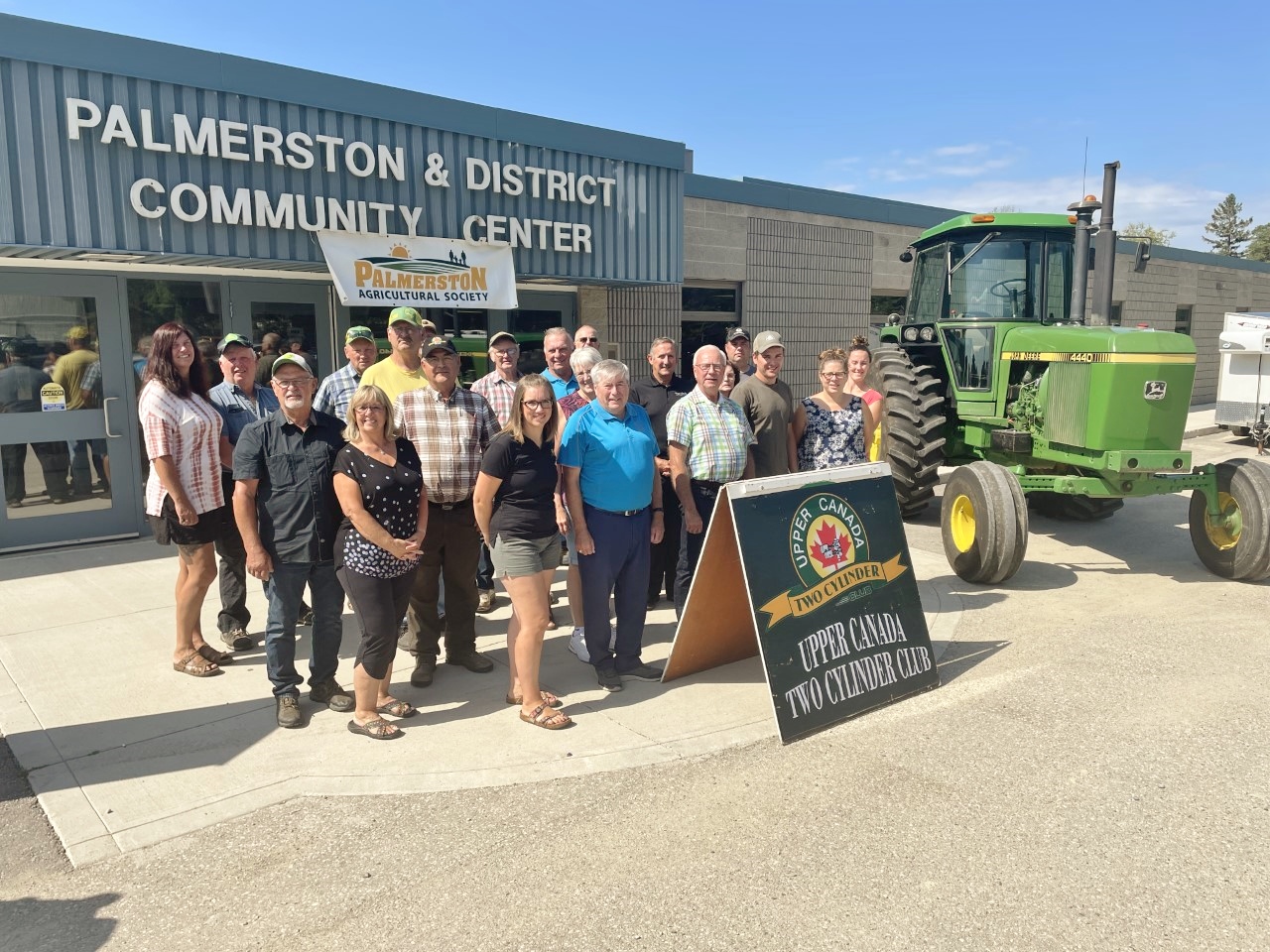 Members of the Upper Canada Two Cylinder Club, the Palmerston Agricultural Society and officials from the Town of Minto gathered on Aug. 24 to announce the move of the club's annual show to Palmerston beginning in 2023. Photo by Patrick Raftis

The club announced Aug. 24 the show, previously held in Grand Valley and, before that, in Drayton, will move to the Palmerston Community Centre grounds starting with its 30th anniversary show from July 21 to 23, 2023.

The event will be held in cooperation with the Palmerston Agricultural Society, on the same weekend as that group’s annual tractor pull.

Agricultural society member Angela Schneider said the idea to merge the two events at the Palmerston venue, which provides space for indoor exhibits as well as outdoor activities “is a good plan.

“We can make a bigger and better show, a full weekend of it … it just makes sense to work together with another club, have more going on in the community,” she added.

The move means there will be tractor pulls both Friday night and Saturday of the show weekend.

Craig noted the opportunity for partnerships was among the factors in the decision to bring the show to Palmerston.

“It became very apparent in our search for a new location that partnerships will play a huge part in the selection of our new site,” said Craig.

“With volunteer clubs and organizations, we look at costing and things of this nature. It’s very important that you make sure that you don’t go too far in the red. So the bottom line was partnerships can make a world of difference as far as volunteerism, sharing that workload and actually reaping the benefits when the show is completed,” Craig added. 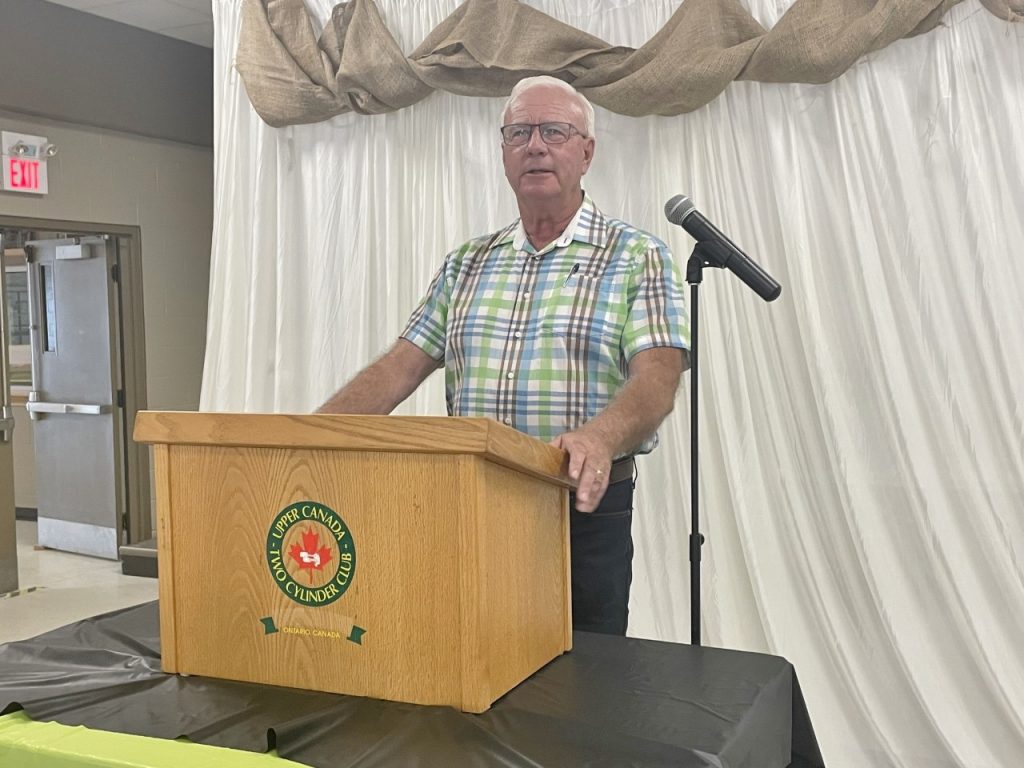 The Palmerston site was selected from among 16 sites considered by a “looking forward” committee set up by the club in 2021 to consider the future of the show, which had outgrown facilities in Grand Valley, where it moved in 2012 after operating in Drayton since 1993.

“It became evident that our club’s needs were once again expanding. The need for more camping sites, available parking for attendees’ cars and exhibitors’ trucks and trailers concerned the directors and solutions had to be addressed,” Craig stated.

Another Town of Minto community, the village of Clifford, also made the short list of six sites visited by the committee in 2022, Craig noted.

Craig commended the local facilities and staff which also factored into the decision to relocate here.

“I love the fact we’re collaborating. That’s so important. I think we talked about it earlier. If we do this, then we make a bigger, better event and everybody gets a little bit more profit out of it, which always goes back to charities and other things,” said Minto Mayor George Bridge.

“You’re talking about partnerships … that’s the strength of our town, volunteers,” observed Minto deputy mayor Dave Turton, adding that the town’s staff are also “a strength.”

For more information go to www.uppercanadatwocylinderclub.com.