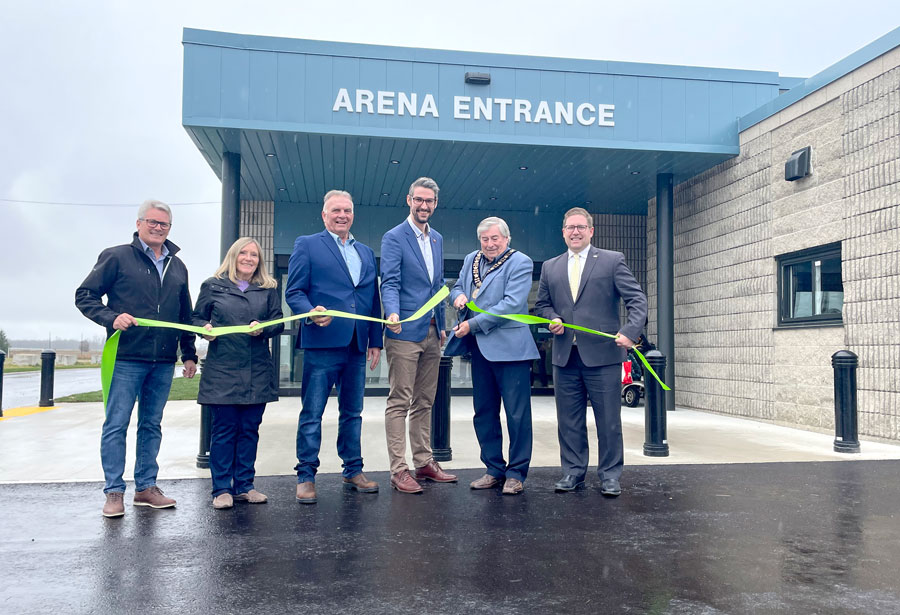 PALMERSTON – Renovated recreation facilities were officially opened here by the Town of Minto on Nov. 12.

The project was funded through a $1.7-million grant from the federal/provincial Investing In Canada Infrastructure Program, which the Town of Minto originally applied for in 2019.

Minto councillor Ron Elliott, who chairs the town’s recreation committee, said the pre-planning for the project may have helped in securing the grant funding.

“We were prepared. We had drawings made up because we had thought about doing this before [the grant] ever came available,” he told a small crowd that gathered for the opening on Saturday morning.

Mayor George Bridge said the upgrades would not have been possible without upper tier funding.

“We had $250,000 that the town put in, but without the two levels of government, you wouldn’t do a project like this. Under the town budget it just would not be possible. So we really appreciate the federal and provincial governments and what they’ve done over the years,” said Bridge. 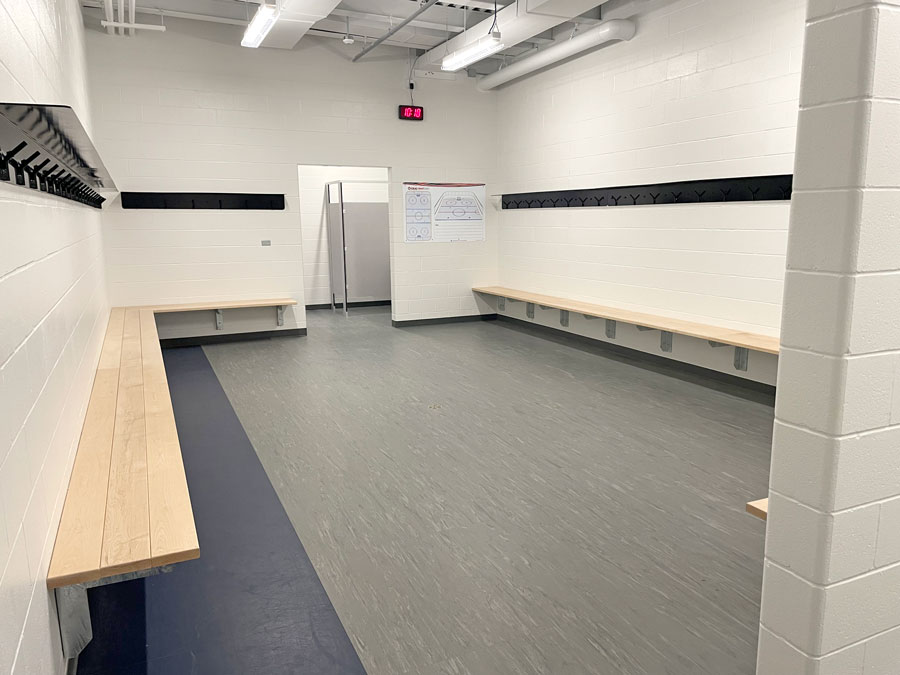 Spacious new dressing rooms have been added to the Palmerston arena.

While the sports facilities have been the focus of the project, Bridge noted the upgrades also include renovations to turn the existing kitchen area into a commercial facility.

“That’s going to be a big win for the community as well, because we have a lot of entrepreneurs right now that are looking to maybe bring a product to market but they don’t have a commercial kitchen to work in and we will be able to rent it out to them,” he said.

“And of course all the people that do events here will really take advantage of that.”

Sue Yungblut of the Palmerston Agricultural Society, which hosts its annual fair and other events at the community centre grounds, said local residents can take pride in the upgraded facilities.

“I would like to congratulate all involved in the facilitating, planning and construction of this beautiful new addition and the changes to the ball field and the new ball diamond,” she stated.

“We now have a very modern, spacious and functional new foyer and dressing rooms in the arena for all to use and to welcome others into our community. The residents of the Town of Minto can and should be very proud of this impressive venture.”

The Palmerston arena was recently expanded by the Town of Minto with the aid of $1.7 million in federal and provincial funding.

“We just checked out one of the new dressing rooms and they’re functional, they’re open, they’re accessible and I think that’s so important,” said Nater, who agreed such projects “can’t happen without that three-tiered (federal, provincial, municipal) support.”

“I’ve skated many times, growing up in Minto, on the Palmerston ice so it’s great to see the new facilities here in the change room,” said Perth-Wellington MPP Matthew Rae,  adding the new ball facilities will help draw people to town.

“Ball is very popular in Palmerston and I know it provides an opportunity to attract provincial and national tournaments hopefully, which is going to be a great boon for the economy.”