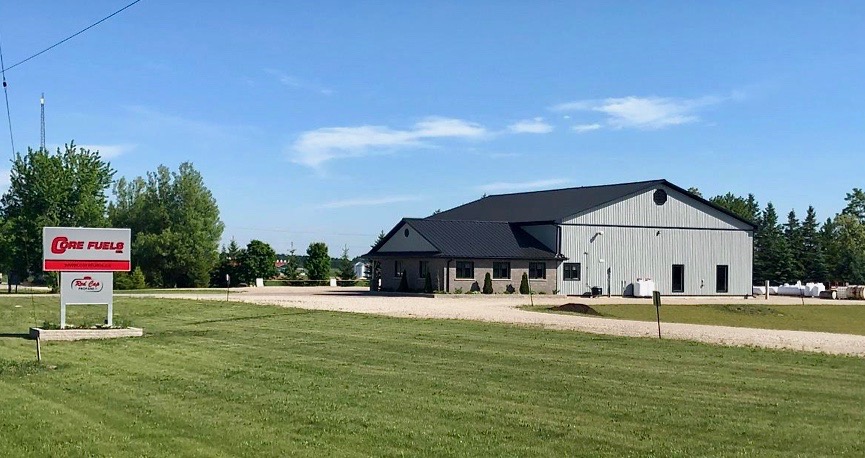 ALMA – Mapleton Township council is considering a zoning amendment that would clear the way for a large underground propane storage facility here.

An application by Core Fuels to add a provision for “bulk fuel storage” to the site-specific Highway Commercial zoning of a property at 6976 Wellington Road 7 was discussed during a July 14 public meeting of council, held via videoconference.

Bulk fuel depots are currently only permitted in a General Industrial (M1) zone.

The 9.05 acre site currently contains a 4,800 square foot office building. The applicant also owns the neighbouring site at 6974 Wellington Road 7, which has a Fast Stop gas refuelling station for public use.

Core Fuels is proposing to add four 226,800 litre underground propane tanks to the site for the storage and distribution of propane and allow Core Fuels to relocate their bulk storage operations to the Alma site.

Two tanks are proposed as part of the initial phase of development.

If approved the site will be used as a distribution point for propane, which will come in from various refineries by cargo liner trucks, typically from the Sarnia area, and will off-load the propane into the underground storage tanks.

It will be pumped out of the underground tanks into smaller delivery trucks that will distribute the propane to farms, residences and businesses in the area.

A traffic brief prepared by Beatty Petroleum Consulting Inc. anticipated there will typically be four distribution trucks loaded and dispatched from the site each day. In the summer, the number is expected to drop to one per day.

A regulatory brief from the consultants states that upon completion of appropriate engineering, required by the Technical Standards and Safety Authority (TSSA), the site will be developed to comply with regulations and requirements from all applicable tiers of government.

“This is really a unique build in Ontario and in Canada,” consultant Alex Beatty told council.

“In Ontario there are no underground bulk plants,” Beatty added, explaining the “industry just grew up with above-ground storage.”

Mapleton CAO Manny Baron advised council no objections had been received to the proposal from local residents.

Township chief building official Patty Wright indicated her department has no concerns with the proposed zoning amendment, and neither do the Grand River Conservation Authority and the County of Wellington planning department.

“It will just add that one specific use to the spite specific (zone) …. We have no concerns with the application,” said county manager of planning and environment Linda Redmond.

Councillor Paul Douglas asked about the scale of the proposed facility in comparison to similar facilities in the province.

“This would be considered to be a medium-sized facility,” said Beatty.

He noted the largest facility in Ontario has five 60,000 gallon tanks and there are about 115 licensed bulk plants in Ontario.

The consultant’s report indicates an estimated 10 million litres of propane would flow through the facility in a typical year.

Mayor Gregg Davidson asked about the level of risk “if the tanks were to explode.”

While noting “it’s not a nice thing to think about,” Davidson cited an explosion at the Sunrise Propane facility in Toronto, which killed two people in August of 2008, as an example of potential risk.

Beatty explained current TSSA regulations regarding propane storage resulted from a response to the Sunrise incident.

“That Sunrise incident was in August 2008 and this regulation was written in December 2008.”

Beatty explained the facility must be located outside a regulated radius from “sensitive institutions” and built up areas.

He said the local facility would be outside the radius for Alma Public School. However he indicated it could impact the placement of buildings on a proposed seniors housing development nearby.

Beatty also noted the underground facility would be less vulnerable to ignition from an external source than an above-ground facility. 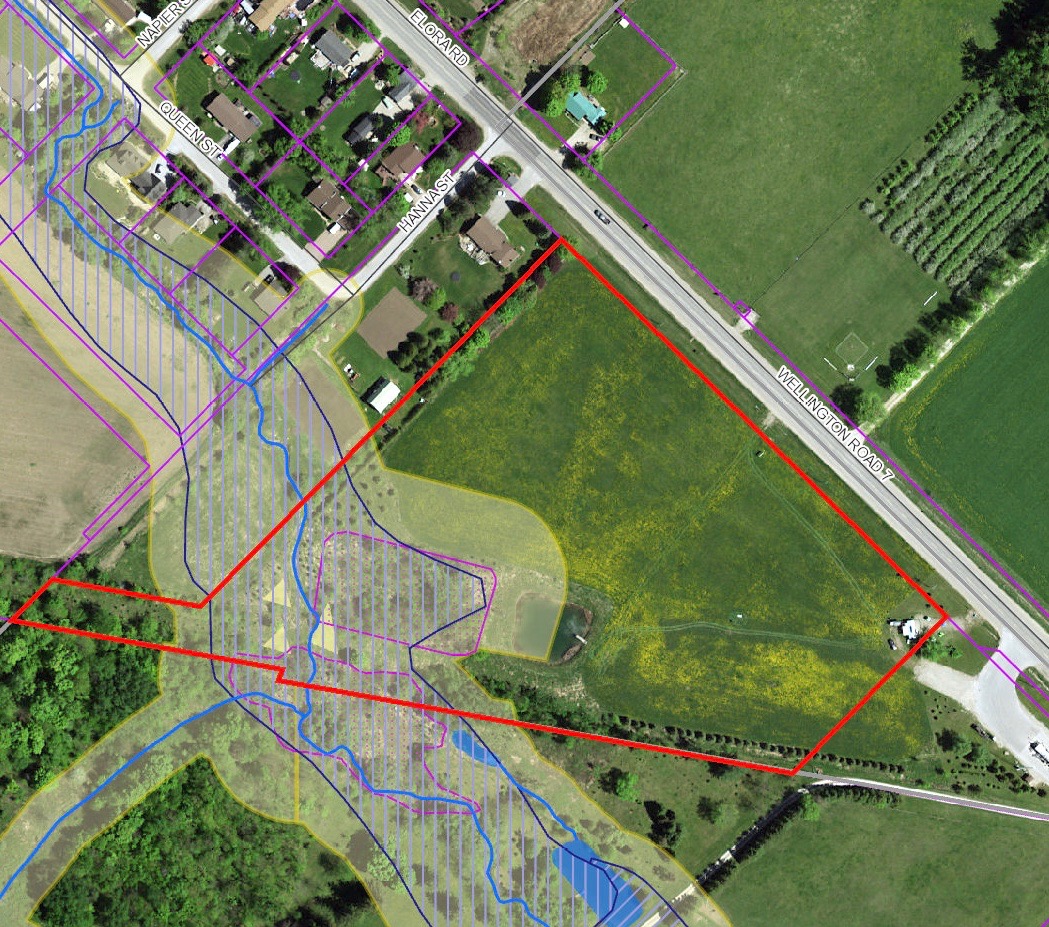 “The beauty of these underground installations is that heat cannot penetrate through the ground,” he said.

Mapleton Fire Chief Rick Richardson noted, “The Fire Code is very specific as to underground installation of these tanks . There are a lot of things that we’re watching for there.

“As well, TSSA is the overseer of that and they have a lot of things you have to watch out for when it’s installed.”

Councillor Dennis Craven asked Beatty if there was reason to be concerned about either air pollution impacting nearby residences or potential for water table contamination.

“We’ve all heard horror stores about gas tanks. Years ago they got buried in the ground,” said Craven.

“I don’t want to have to turn over in my grave … and hear that the Alma water got polluted because these tanks leaked,” Craven added.

“I just want to be assured that there is absolutely no pollution coming from these buried tanks.”

Beatty said the underground tanks Craven is referring to “were very thin, steel tanks and they were not a pressure vessel.

The consultant added the propane tanks are much thicker and “must be cathodically protected” to prevent rusting.

“And propane by its very nature … it’s not considered to be a marine pollutant,” Beatty pointed out.

“If propane gets out of a tank it really only does one of two things: it will either dissipate harmlessly in the air or, if it comes in contact with a source of ignition, it will ignite.”

Craven asked if the tanks would “have to be removed after a certain time because the life expectancy was up.”

Beatty replied, “No, I have one client in Wellington County and he has repurposed a tank that he took out of a refinery in Sarnia and I believe the date on it is 1964.

Council passed a resolution directing the draft amending bylaw for the zoning change be presented for first, second and third reading at the next regular meeting of council at 7pm on Aug. 11.