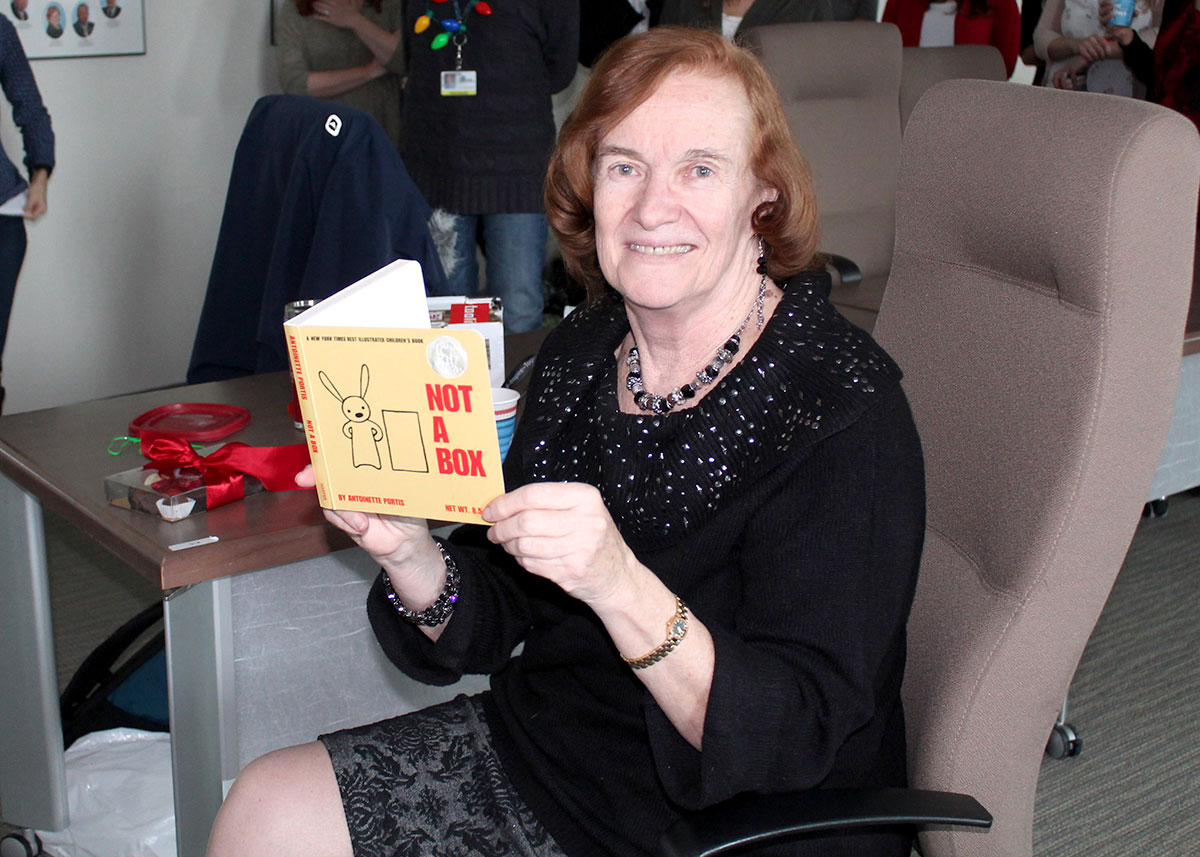 The award is presented annually by the Ontario Public School Boards’ Association (OPSBA) and honours “an active or retired member of the teaching profession for outstanding contribution to education in Ontario.”

Rogers was nominated by UGDSB trustee Linda Busuttil, with unanimous support from the board of trustees.

“As a female leader I think she’s inspirational,” Busuttil said. “At the (UGDSB), what I have seen is a really strong presence and trust.

“Her leadership and her vision has coalesced people that are sometimes not on the same side of the table to move us forward locally, but also provincially.”

Busuttil emphasized Rogers’ ability as a leader to pull people together and make things progress, adding Rogers’ currency is something that not only the (UGDSB) has benefitted from, but Ontario as well.

“She will be missed but I think what we’ve gained is…the foundation, the currency and those relationships that she has built over the years,” Busuttil explained. “We will miss her presence but her legacy and the benefit of her work will still be with us.

“Martha has devoted her life to education. Our students are her children and it’s significant, the authenticity of her leadership there.”

In 1972, Rogers began her career in the education system teaching Grade 1. From there she went on to a series of different roles before landing as the director of education for Wellington County in 1995, later becoming the director of the amalgamated board in 1998, where she has been ever since.

“I didn’t start there but it’s where I ended up,” Rogers explained. “I love being the director of the school board, but I also liked being a superintendent a great deal… I’ve liked all my jobs.”

Rogers had initially transitioned from teaching, looking to have a larger impact on special education provincially.

“I thought to myself ‘what can I do in terms of primary education,’ which I thought I was at least half decent in.  Is there anything I can do to influence the education of primary students a little bit more than I am?” she recalled.

Rogers said receiving the  Fred L. Bartlett Memorial Award from the OPSBA is a great honour.

“I’ve done a lot of work for them over the years one way and another … so it meant a lot to me to be honoured by that group,” she said.

Through her time in education, Rogers has worked to maintain a focus on children with special needs.

She has also worked to ensure the board budget includes equity funding to help students that can’t afford different programs and require support.

“I’ve tried to look after marginalized students of one sort or another in addition to the regular students,” she explained.

“I’ve tried through my teams, and I have great teams, to ensure that we have a variety of programs and services for students with a variety of abilities and knowledge skills and interests and needs,” she added.

“I’ve tried to do that and have hopefully been somewhat successful.”

Roger’s also emphasized the importance of community to her and her late husband, Paul, who was named Centre Wellington Citizen of the Year in 2004.

“We both have tried in our own ways to contribute as much as we can personally and professionally to our communities, and I hope that I’ve tried to convey that successfully.”

Having contributed nearly 50 years to education, Rogers will retire on Aug. 31.

“It seems like it would be about time to go; kind of like the coffee cream, everybody has a best-by date.”

Rogers noted she’s enjoyed her time in education and she appreciates all the people she’s worked with over the years.

“I hope that I have helped to establish a culture of kindness and compassion and caring and that it will continue, that is my hope,” she said.