HILLSBURGH – Zina Darling is very happy that new light has been focused on a dark chapter of the Second World War. 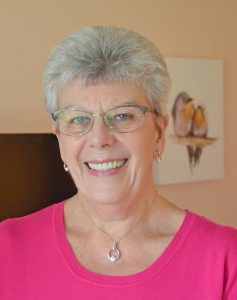 The Hillsburgh resident is to be featured in a documentary about the sinking of a Japanese prisoner of war ship, the power of love that kept her father alive and the unique way that she received her first name.

The story starts on Dec. 7, 1941, described as “a date which will live in infamy” by U.S. President Franklin Roosevelt. Japan had drawn the U.S. into the war with its surprise attack on Pearl Harbor, Hawaii.

The next day, Japan attacked the British colony of Hong Kong. It was defended by a garrison of English, Canadian and Indian troops, but they were outnumbered nearly four to one and the battle was over by Dec. 25.

About 1,100 Allied soldiers died, including 290 Canadians, and 11,000 were taken prisoner, including 1,685 Canadians. Among the British prisoners was signalman Kenneth Edward Whittenham.

While serving in Hong Kong, starting in 1937, Whittenham had fallen in love with Zina Mai Ling, the daughter of a middle class Chinese restaurateur.

When he was in a prison camp in Hong Kong, she would pass packages of food to him through the wire fence.

Eventually, on Sept. 27, 1942, he was among 1,816 British and Canadian POWs crowded into holds on the ship Lisbon Maru, setting out for a labour camp in Japan. There were also about 800 Japanese troops aboard.

The Lisbon Maru was a Japanese cargo vessel that had been transformed into an armed troopship. While transporting the prisoners, it was torpedoed by an American submarine on Oct. 2, 1942, in the East China Sea. It was not marked as a prisoner ship.

The ship was disabled, but did not sink immediately. Most of the Japanese troops were transferred to another ship while the prisoners were confined to the holds, with hatches battened down and water coming in.

Eventually, with the ship close to sinking, many of the prisoners broke out of the holds, overpowered the guards and jumped into the sea. The ladder to one of the holds failed and some men went down with the ship.

Those that escaped were fired upon by guards and, while in the water, took machine gun fire from other vessels. Some were initially refused rescue by Japanese boats but later picked up, and several hundred were rescued by Chinese villagers who launched their boats from a nearby island. Most of the POWs on land were rounded up by the Japanese, but three were hidden and were able to escape.

Some 828 POWs drowned or were killed. Whittenham, a qualified lifeguard and strong swimmer, was among the recaptured survivors. He spent the rest of the war in a prison camp in Osaka as a slave labourer, hauling heavy sacks of food out of ships but not allowed to eat any of it.

Rations were minimal in the camps, and only half-rations were given to prisoners who were too ill to work, which put their lives in peril. Prisoners were subjected to beatings and torture. In addition to malnutrition, they suffered from beriberi and pellagra due to vitamin deficiencies, as well as malaria and dysentery.

Whittenham and others would sneak food into the camp to share with sick comrades. 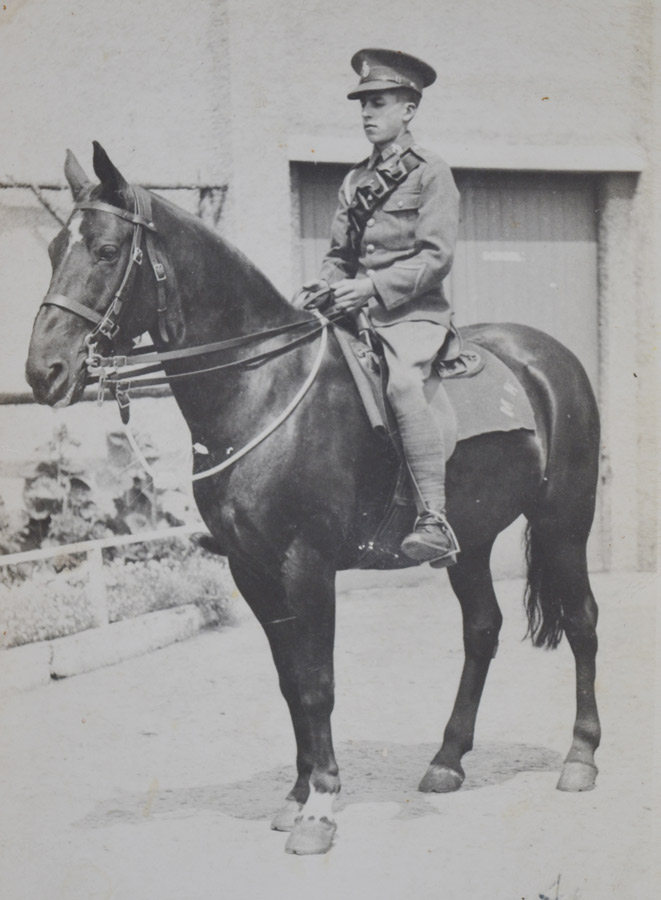 When liberated by the Americans in 1945, Whittenham, who was over six feet tall, weighed less than 95 pounds. He said it was love for his Chinese girlfriend, and the hope of being reunited with her, that enabled him to survive the harsh conditions.

“He had a burning ambition to survive,” said Darling. “He was determined to go back and marry her.”

Attempts to trace her through the Red Cross, however, were unsuccessful, and it is believed that she did not survive the war. Japan was at war with China from 1937 to 1945, a conflict in which millions of Chinese civilians died.

Back in England after the war, Whittenham was walking down the street in Portsmouth when he encountered a man named Frank Bennett, who had been in the Osaka prison camp and whose life Whittenham had helped save through food sharing.

It turned out that Bennett was also a survivor of the Lisbon Maru, though he didn’t know Whittenham at the time of the sinking. Eventually, Bennett married Whittenham’s sister.

After giving up hope of being reunited with his Hong Kong love, Whittenham married someone else.

“When his wife had a daughter, he told his wife, ‘I would not be here, and this little girl would not be here, if it was not for the bravery of my Chinese lady and the inspiration she gave me to survive. So I want to call my daughter after my Chinese lady, whose name was Zina Mai Ling.’ My mother Millie agreed,” said Zina Dawn Darling, now 70, Whittenham’s only daughter, and the niece of Frank Bennett.

As a young girl she was teased about her unusual first name, which is not even a traditional Chinese name. Her father promised to tell her the story of a special lady when she was older, which turned out to be age 8 or 9.

“I asked my dad a lot of questions, and his answers were predicated upon my age. He did save me from the awful details of the brutality. He did share quite a lot about life in the camps.

“One in three prisoners of the Japanese died – it was nowhere near that bad in the German prisoner of war camps,” she said.

Whittenham suffered from the trauma of his experience for the rest of his life. He died at the age of 73.

Darling moved to Canada in 1985 with her husband and parents, settling initially in Palgrave.

In recent years, Chinese filmmaker Fang Li of Laurel Films has taken an interest in the story of the Lisbon Maru. He organized a search that found a sunken wreck he believes to be the ship. He proposed the idea of raising the wreck, but some in England were opposed, considering it to be a military gravesite.

He also mounted a publicity campaign in England in 2018, hoping to speak with survivors (there were only two left) and their families. He is creating a documentary film tentatively called The 828 Unforgotten, scheduled for release in October 2020, following the Aug. 15 commemoration of the 75th anniversary of VJ (Victory Over Japan) Day.

Fang Li heard about Kenneth Whittenham through Darling’s cousin (Bennett’s son). Darling shared memorabilia and her story with the Beijing-based film company, and they paid for her to travel to England in August this year to be interviewed for the documentary.

“The human aspect of the story of my name was what they were focused on,” she said.

They also shot footage of her walking on a cobbled street through Chinatown in London, as though searching for someone, to be used with voice-over commentary.

“They have apparently allocated time in the movie for this. Whether or not I end up on the cutting room floor is another thing,” she said.