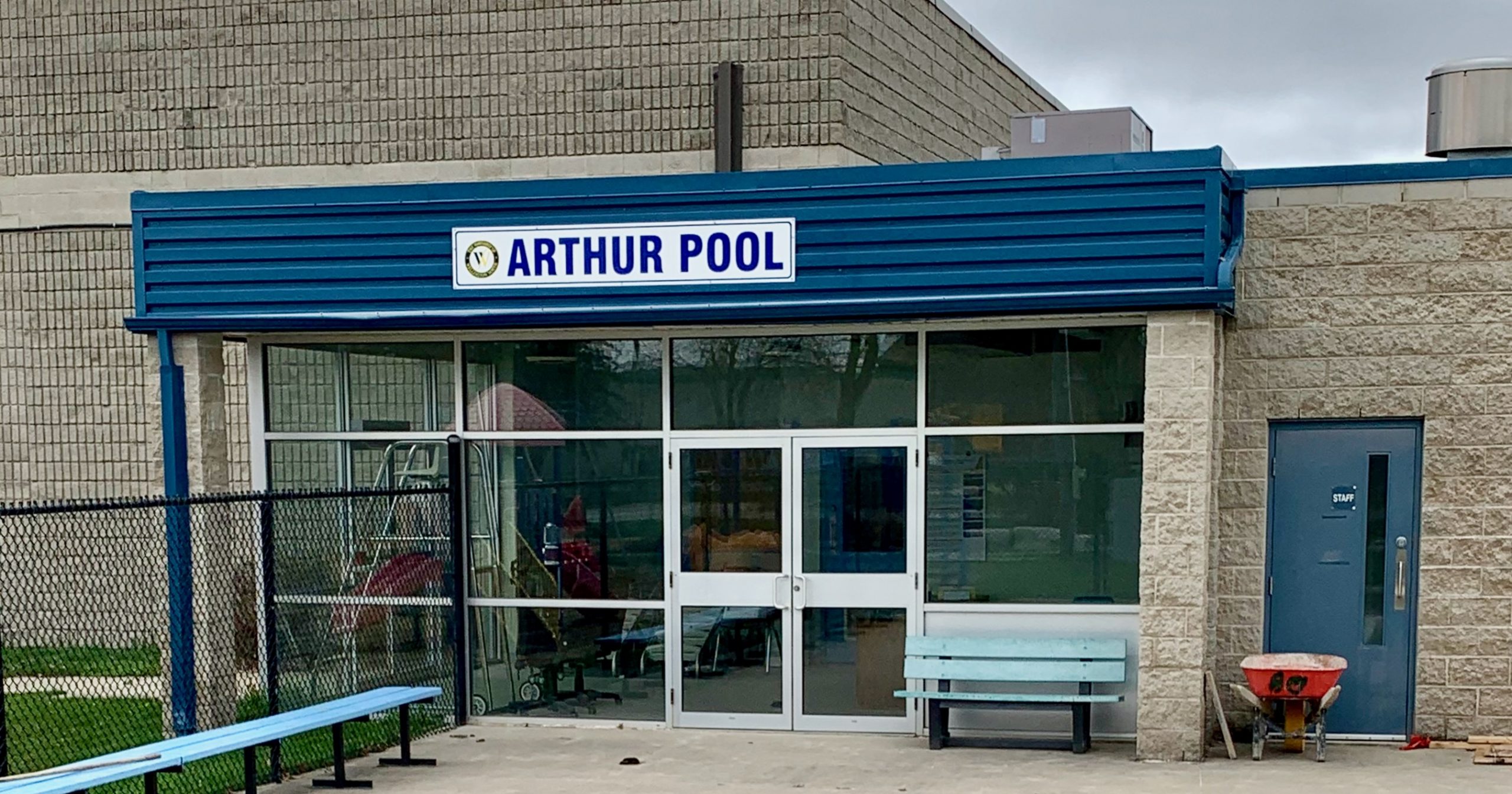 Exterior access to the Arthur Pool (Photo by Curtis Gordon)

ARTHUR – Wellington North has received $18,200 from the Ontario Trillium Foundation’s Resilient Communities Fund for upgrades to the Arthur Pool.

The project, which will include two outdoor showers, a reception area, a sneeze guard and an emergency gate, aims to make the pool and its programming more accessible during the pandemic.

Jones said the plan is for all upgrades to be completed by mid-June, and for regular programs and services offered by the pool to be available in a safe manner to the public by the end of June – as long as COVID-19 protocols at the time allow it.

“Our first and foremost concern is how we can offer our programming, if we’re able to offer it, in a safe manner that ensures that the public and the staff are always safe,” Jones said.

Mayor Andy Lennox said the new upgrades will allow people to spread themselves out much easier.

“We’re looking forward to being able to reach opening requirements to meet COVID standards. Currently, the pool’s patron flow is too narrow, so this will make it much easier for people.”

Lennox said he can’t guarantee when the pool will be able to re-open, but the upgrades will make it easier for the public to return to the pool.

“We don’t know what restrictions will look like in the near future, but we want to be able to make the pool as accessible as we can to as many people as possible,” the mayor stated. 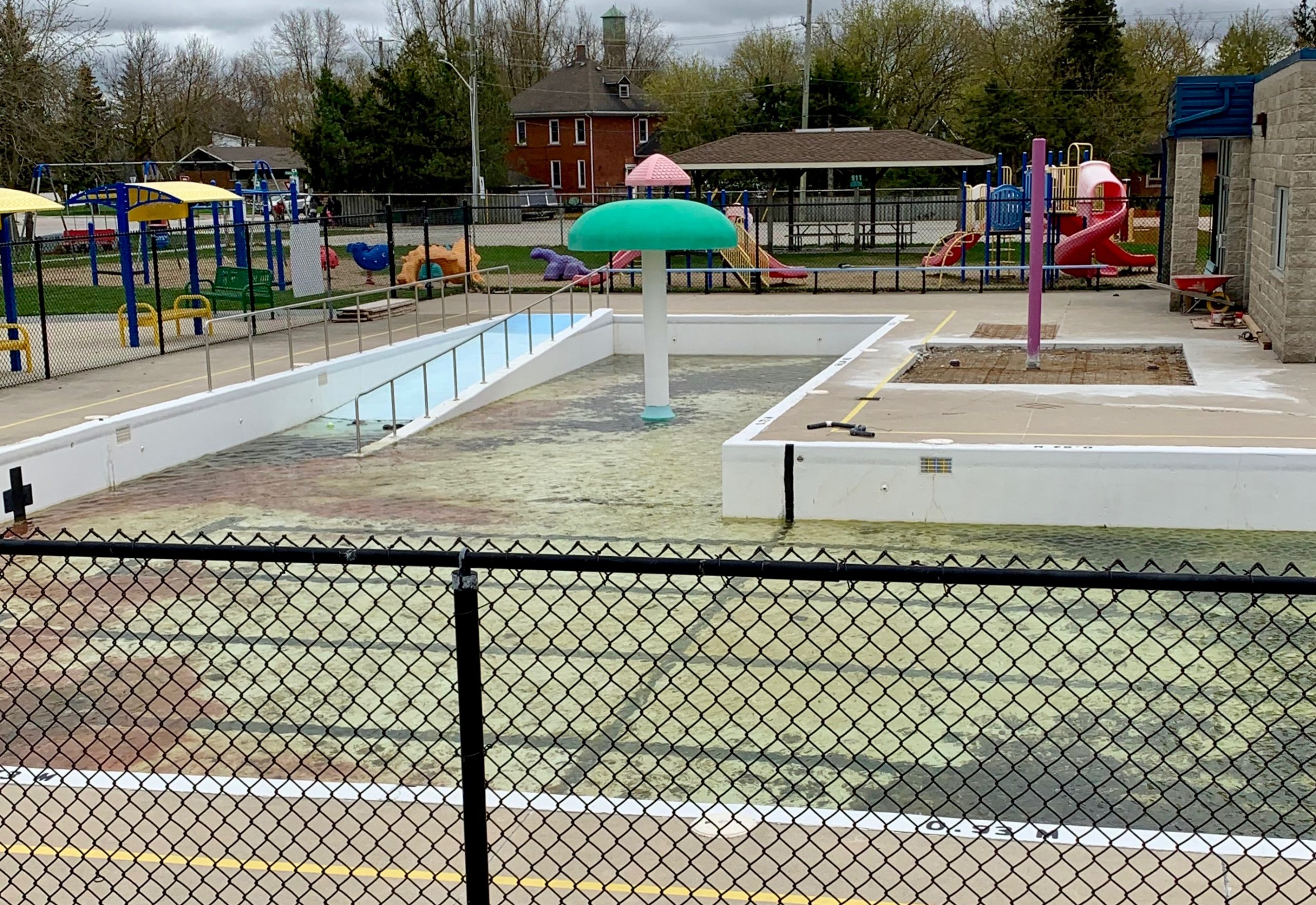 It may not look appealing today, but Wellington North officials say the Arthur Pool should be ready to open, complete with upgrades, by the end of June – as long as COVID-19 protocols allow it. Photo by Curtis Gordon

Councillor Steve McCabe, chair of the township’s Recreation, Parks and Leisure Committee, said he is excited about the upgrades.

“This funding will really update the Arthur Pool and allow us to get ready for the future, today,” McCabe said.

“All of these upgrades are completely funded by the OTF. We won’t have to spend our own taxpayers’ money on it.”

McCabe explained outdoor showers will allow people to access the pool even if the indoor change rooms are closed due to the pandemic.

“Our residents can show up ready to swim and jump under the showers that are outdoors,” he said.

McCabe noted the addition of another emergency exit will allow for a constant, one-way flow of patrons entering and leaving the pool, which will help facilitate physical distancing.

“We’ll also be able to replace the front entrance and put up a sneeze guard, which will also double as a protective barrier for our employees at the pool,” he explained.

“This offers another layer of protection for them.”

McCabe added that if all restrictions get lifted in the near future, there won’t be any delay in the pool’s opening.

However, “We’ll probably have to have a restriction on the number of people who can actually be in the pool and on the pool deck,” he said, adding the upgrades will help minimize contact between users.

“Given the last year and bit, people have become a little stir crazy and may have cabin fever,” he said.

“They want to get out, and we want to be able to offer this service in a very meaningful and safe manner as well.”

McCabe said he is grateful for work done by township staff, as well as MPP Randy Pettapiece, to enable the township to receive this grant money.

He added there will likely be an official unveiling of the upgrades when time and restrictions allow for it.