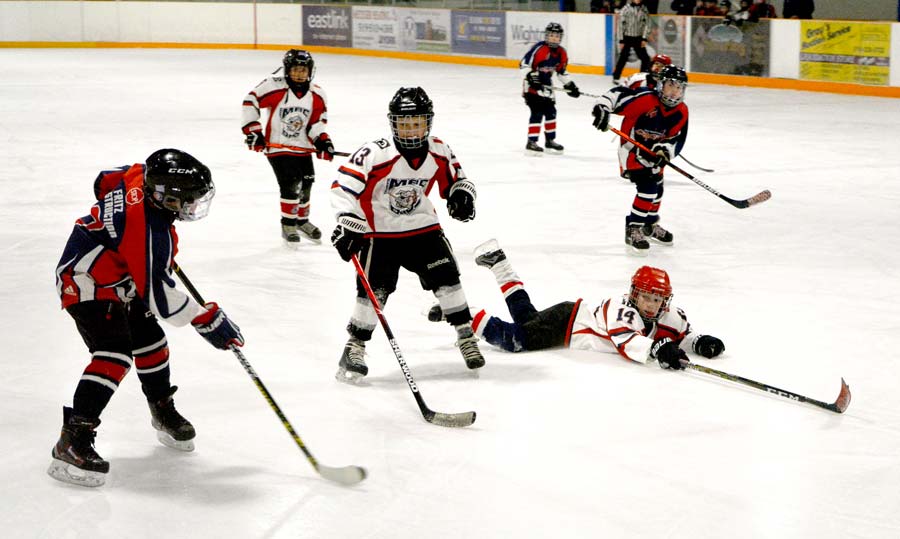 The Town of MInto has agreed to provide a grant to the Minto Minor Hockey Association to offset a deficit related to impacts of the COVID-19 pandemic. Advertiser file photo

MINTO – The Town of Minto will provide a grant of $14,800 from a pool of COVID-19 relief funding to the Minto Minor Hockey Association.

In a letter presented to town council on Oct. 19, minor hockey officials explained the group finished the 2020-21 hockey season with a deficit of $14,800.

“When games were permitted, we did not take admission at the door. Therefore, the cost of the referees was on minor hockey,” notes the letter from MMHA co-presidents Shawn Cowen and Geoff Gunson.

The letter also noted tournaments, which have generated around $20,000 annually for the organization in recent years, were not allowed in 2020.

“COVID-19 made it very difficult for businesses to donate money to MMH. Our donations were at an all-time low,” the letter adds.

“I’m in favour of helping them out,” agreed councillor Judy Dirksen.

However, Dirksen noted, “they talk about that’s their deficit, but I’m assuming maybe there would have been some money left from before, so that might not be their deficit from just 2020 … that’s not really clear I here,” she added.

“I’m just wondering what is the magic number? Is there a request here? Or is there a limit?” Dirksen continued.

Thomson pointed out assistance to community groups impacted by the pandemic was one of several uses designated by council in July for about $235,000 remaining at the time from funds the town received through the federal/provincial Safe Restart Agreement.

Treasurer Gordon Duff pointed out that “roughly $25,000” had been allocated for community groups at the July meeting.

“I believe this particular user group is a very large user of our facilities … and I think to request fourteen-five or less certainly falls into what we had contemplated,” said Duff.

Dirksen noted that a $15,000 donation to minor hockey, combined with $10,000 allocated in August to the Seniors Centre for Excellence to assist with technology for remote programming means “that money’s gone.”

Duff said he expects money designated from the fund for other uses won’t all be needed, so some additional funds could be transferred to community groups if further requests come in.

“That was a very high-level allocation, kind of based on what we knew of and what we anticipated,” he explained.

Councillor Mark MacKenzie also indicted he isn’t clear how much the group was seeking.

“I don’t see an amount here they’re asking for?” he said.

Mayor George Bridge said the group is looking for funding to cover the indicated deficit.

“I think that’s the amount they’re asking for, to get them back to the starting grid,” said Bridge.

“My understanding is that’s what they’re asking for, to make them whole,” agreed Thomson.

“It doesn’t read that way, but I’ll sign off if that’s what it is,” said MacKenzie.

A resolution to provide the MMHA with $14,800 from the remaining Safe Restart Agreement funds was unanimously approved by council.

Councillor Geoff Gunson declared a conflict due to his role as co-president of the minor hockey organization and did not participate in the discussion or vote.