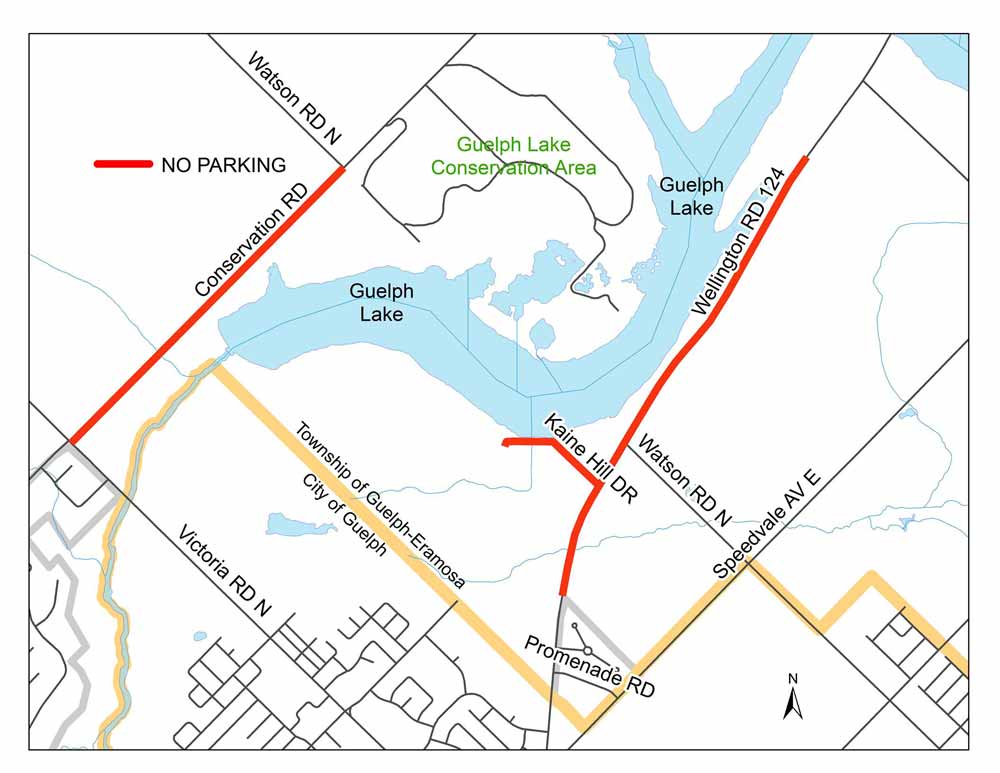 GUELPH/ERAMOSA –  With staycations being the norm for the coming summer and reduced capacity limits for conservation areas, parking issues are expected to plague Guelph Lake Conservation Area once again this season.

Last year Wellington OPP officers issued 801 parking tickets between June and October, with 559 handed out in June alone, according to data provided to the Advertiser.

Parking complaints from residents and community members were a daily occurrence last year as motorists continued parking along Conservation Road, Wellington Road 124 and Kaine Hill Drive, turning a blind eye to the no-parking signs marking the roadways and “tow-away zone” signage running along both sides of Kaine Hill Drive.

Construction barrels were even placed along roadway shoulders as a deterrent in no parking zones, but police still had to resort to towing at least 50 vehicles because of safety concerns with parking congestion.

“We plan to be towing violators this season again because for many, parking tickets alone weren’t enough to deter people from parking illegally and clogging up emergency routes,” Wellington OPP media staffer Kirk MacDonald said, adding officers would be proactively enforcing parking and responding to complaints.

Vehicles are towed by companies belonging to the Wellington Towing Association, to their respective company yards, MacDonald explained. Before an owner can get their vehicle back, they have to make a trip to the yard and pay up.

While the OPP doesn’t keep stats on where wayward parkers are coming from, MacDonald said, “It’s fair to say that many were visiting from outside the county.”

Along with Wellington OPP, the Grand River Conservation Authority and Wellington County have been driving the message to check the park’s status online before making the drive out.

“If the park is full or near capacity, it may be best to change plans to avoid unnecessary problems,” MacDonald said.

Grand River Conservation Authority communications staffer Cam Lindwood said parks do not have a specific number for capacity limits and that “a number of factors are taken into consideration when staff make a decision to close an area,” such as parking lot capacities and how visitors are using the park.

The only gatehouse for access to the park is located at 7743 Conservation Rd. and the park is open for day use from 8am to 6pm.