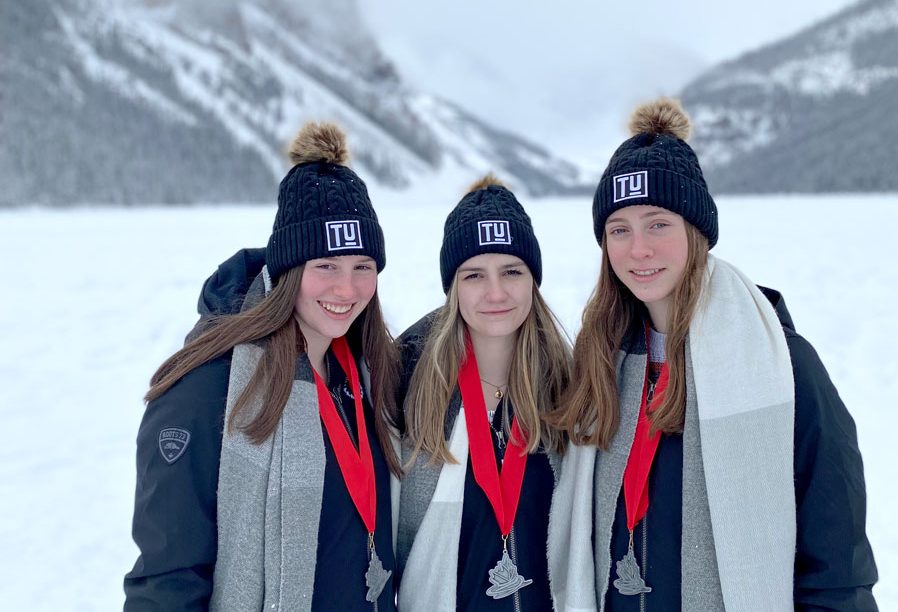 Wearing their silver medals earned as members of Team Unity at the recent Skate Canada Synchronized Skating Championships in Calgary, during a visit to Lake Louise are, from left: Melanie Giles, Samantha Lawrence and Kathryn Giles. Submitted photo

Drayton residents, sisters Melanie and Kathryn Giles and Minto resident Samantha Lawrence competed with Team Unity which won the silver medal in the intermediate division at the 2022 Skate Canada Synchronized Skating Championships held in Calgary, Alberta from Feb. 24 to 27.

Based out of the Tavistock and District Skating Club, Team Unity skates under the direction of coach Tara Wilkins, who also coaches Team Unity entries at seven other levels from beginner to adult skaters. 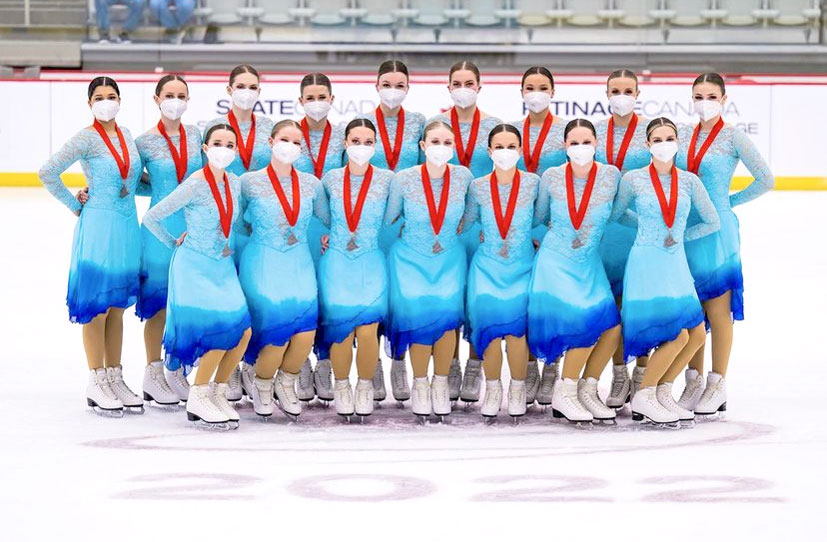 Melanie, 18, a life-long resident of Drayton, skated in the Drayton Skating Club from the ages of four to 17. She is a triple gold test skater, being coached in singles in Drayton, and has competed on synchronized skating teams in Arthur and Kitchener-Waterloo in the past. She is an honours graduate of Norwell District Secondary School who plans to attend university next fall.

Kathryn, 15 also a  Drayton native, has skated in the Drayton club from since she was four. She is a gold test skater who is striving to attain more gold tests in the next few years. This is her first venture into the realm of synchronized skating and competitive ventures. She is a Grade 10 student at Norwell.

Samantha , 15, is a long-time resident of Harriston, who has skated with the Harriston Skating Club, as well as with clubs in Drayton and Tavistock. She is a double gold test skater who continues to strive to attain more gold tests. She has competed in the past on various synchronized skating teams for many years in Arthur and also KW. This is her second trip to nationals with Team Unity Intermediate. Her first trip to Nationals was in 2020 before health restrictions relating to COVID. There were no Nationals in 2021.

Samantha is a Grade 10 student at Norwell.