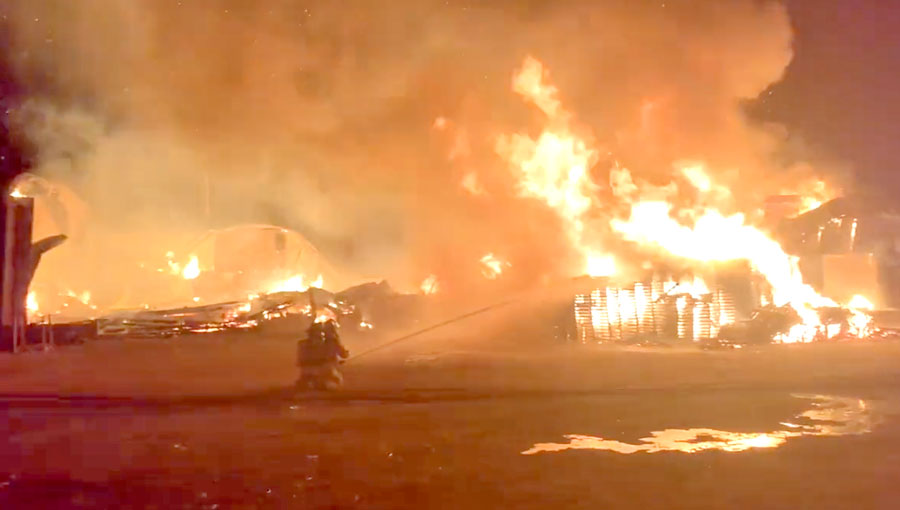 Three horses were lost in a barn fire near Dorking on Oct. 5, which resulted in about $500,000 damage. Screen shot from Tom Wood Twitter video

PERTH EAST – Mapleton Fire Rescue was among four area fire departments responding to a barn/shed fire early on Wednesday that resulted in the death of three horses and 13 dogs and an estimated half-million dollars in damage.

Mapleton Fire Chief Rick Richardson said a call came into Guelph dispatch just after midnight on Oct. 5, when a passerby noticed the blaze at a property on Line 86 west of Dorking, an area bordering three municipalities.

Police said no injuries were reported, however three horses and 13 dogs, including 11 puppies, were lost in the blaze, which has been deemed non-suspicious.

Richardson said the fire likely originated with a tractor parked in the building, which had been used to spread manure earlier in the day.

Firefighters poured water on a nearby coverall-type shed, which contained about 300 beef cattle, as well as a house located north of the burned shed, and saved both buildings from serious damage.