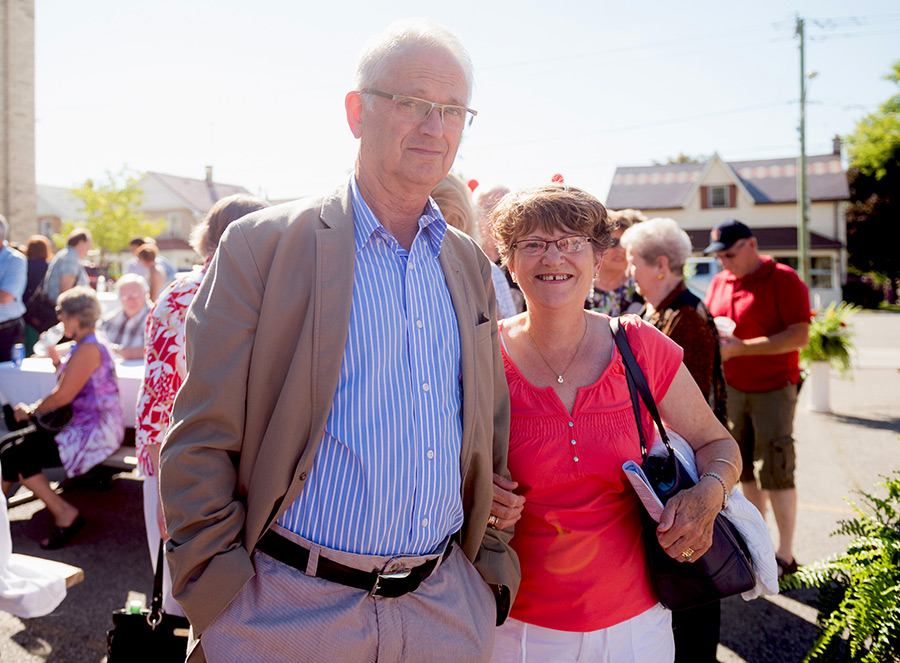 Dedicated - Michael and Janet Collins are the 2020 the recipients of the Jean Campbell Volunteer Award. Both Janet and Michael are huge theatre fans and have been volunteering regularly at the Hamilton Family Theatre Cambridge since the venue opened in 2013. Photo by Hilary Gauld Camilleri

This year’s recipients are Janet and Michael Collins from Cambridge.

Theatre officials state Janet and Michael are huge theatre fans and have been volunteering regularly at the Hamilton Family Theatre Cambridge since the venue opened in 2013.

2020 was a unique year and only 13 performances happened before the COVID-19 pandemic caused Kinky Boots and A Few Good Men to close early on March 12.

Ultimately, Drayton Entertainment was forced to cancel all productions last season, encompassing 20 shows on seven stages and over 800 individual performances.

Despite the cancelled performances, volunteers continue to show their support for Drayton Entertainment by sending words of encouragement and writing testimonials about the importance of their volunteer work with the organization.

“What do we miss about our special volunteering jobs? The camaraderie with our fellow ushers as we stuff programs, and going about our ushering duties for yet another great performance,” stated the award recipients, reflecting on what they miss about volunteering at the Hamilton Family Theatre Cambridge.

“What do we miss most of all? When the patrons are seated, the doors have closed, and we stand at our respective positions and see all those eager faces awaiting that first magical moment, which is what live theatre is all about – Priceless! We miss you all.”

“Janet and Michael are bright lights on our volunteer team. Their infectious positivity and steadfast support for our organization over the years are undeniable,” said Alex Mustakas, artistic director and CEO of Drayton Entertainment.

“They both take every opportunity to promote the theatre by chatting with new patrons and encouraging others to attend shows on social media.”

Mustakas continued, “We have missed their smiling faces during this extended intermission, and we look forward to the time when they’ll be joyfully greeting patrons at the theatre once again.”

“Drayton Entertainment was founded on volunteerism, and that spirit of generosity still flourishes today,” says Mustakas.

“In a normal year, our volunteers would clock in more than 30,000 hours across our seven theatres. Quite simply, we couldn’t do what we do without their support and commitment to the arts.”

Drayton Entertainment’s volunteer program at all seven of its stages will reactivate when live theatre programing resumes.