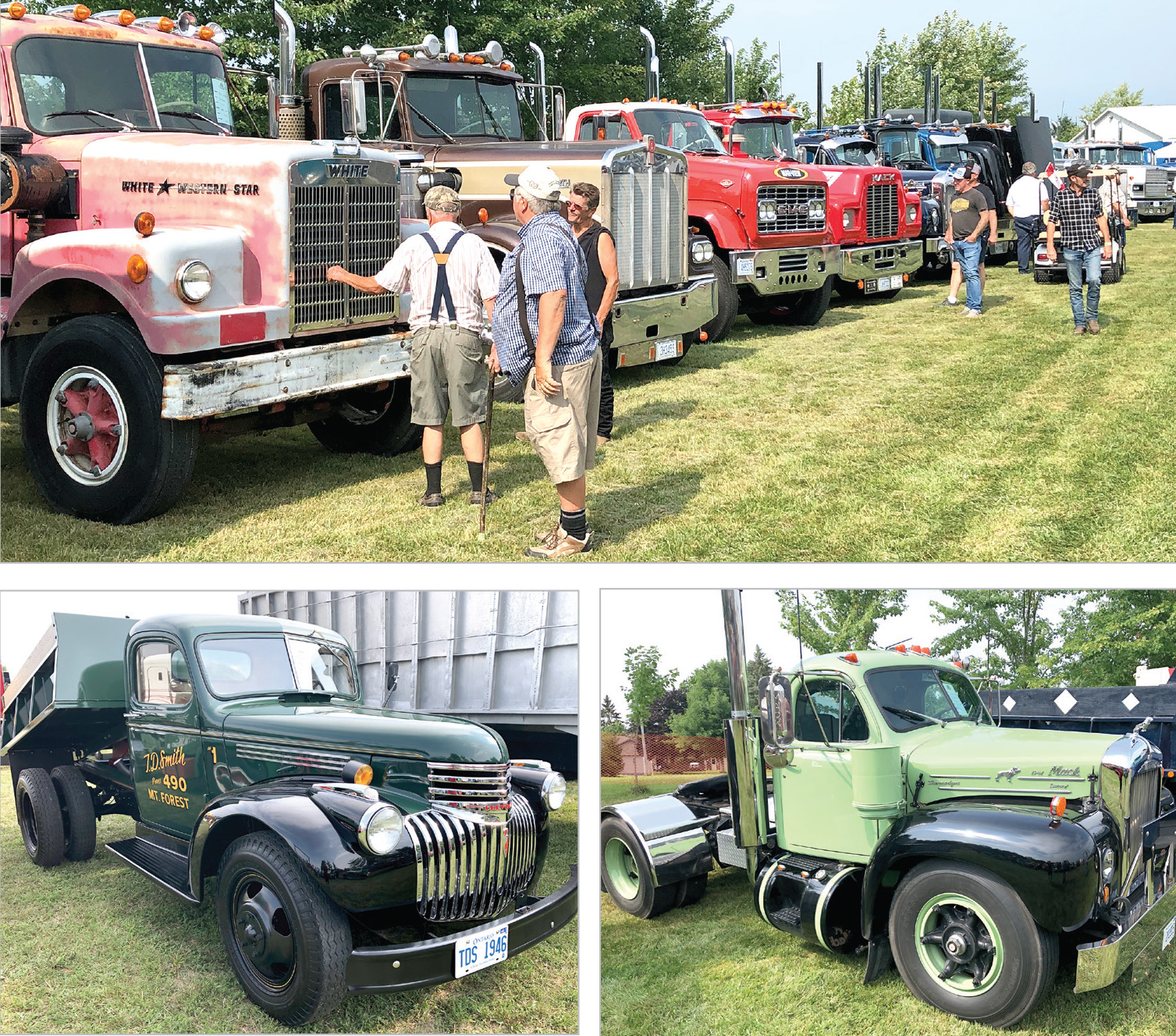 Truck show - The Great Lakes Truck Club (GLTC) held its annual Antique and Classic Truck Show in Clifford on Aug. 27 and 28. A total of 295 trucks filled the Rotary Pavillion Park grounds for the well-attended show. GLTC member Chris Hall said organizers were surprised by the number of newly-restored vehicles at this year’s show. “The general consensus was with so many people cooped up with COVID restrictions with no where to go for the last year and a half, they restored these diesel big rigs. Clifford has gained notary as the largest antique big rig show in Canada, so we are now drawing enthusiasts from all across Canada,” said Hall, noting trucks came from Quebec, Manitoba, Saskatchewan and Prince Edward Island. “The weekend went extremely well ... people who visit Clifford have a lot of respect for our show. It really isn’t a show but more of a truckers reunion,” said Hall. He added that for veteran truckers who attend, “it’s a yearly chance for them to get caught up with other friends they have met out on the highway.” Photos by Patrick Raftis