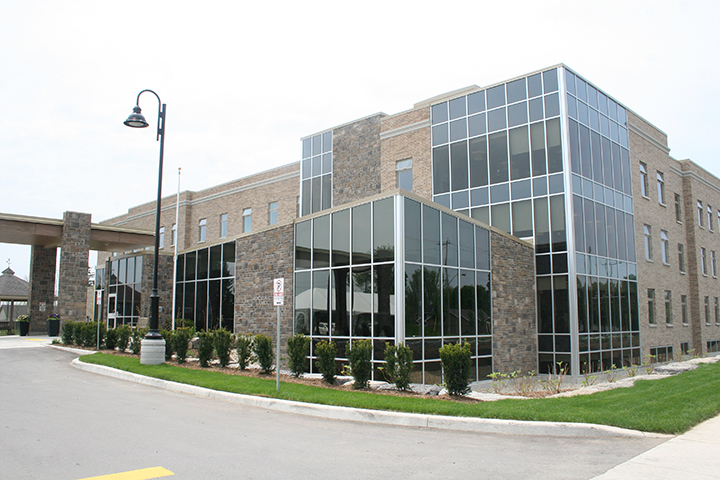 New era - A new Strathcona Long-Term Care facility has opened at 720 Princess Street in Mount Forest, across the road from the previous facility. Photo by Mike Robinson

MOUNT FOREST – With speeches and celebrations complete, residents here can enjoy a new era of health care in their community.

The Princess Street building is directly across the road from its predecessor.

In an interview with the Wellington Advertiser, local administrator Cate MacLean said the project has been in the works for a number of years.

“Peter had bought the land here some time ago, at the time the Claire Stewart Medical Clinic was being built.” The plans were that at some time the nursing home would be rebuilt. However it was only a few years ago the province announced news for the redevelopment.

MacLean said “this is not really an upsizing, but is built according to the new design standards.”

She explained the province has new standards which must be met for new facilities.

“This is classified as a Class A home. The rooms are much larger and there are larger open areas for the residents. There is also a huge physiotherapy room and training area.”

MacLean noted that previously, the dining areas were all on the main floor and residents had to come down by elevators for their meals. “Here, all the home areas are 32 beds and every floor has its own dining area.”

On her thoughts of the new location, MacLean said, “We’re so pleased. It’s a beautiful home. It’s easier to work in and the residents seem to love it here.”

She noted Schlegel has additional property and has plans to build additional health care related facilities within the next decade.

As such, with the nearby Louise Marshall Hospital and the Claire Stewart Medical Clinic, “this will be the health care hub of Mount Forest.” She said she believed those aspects create something unique within Mount Forest.

“We built the home for 96 residents.” 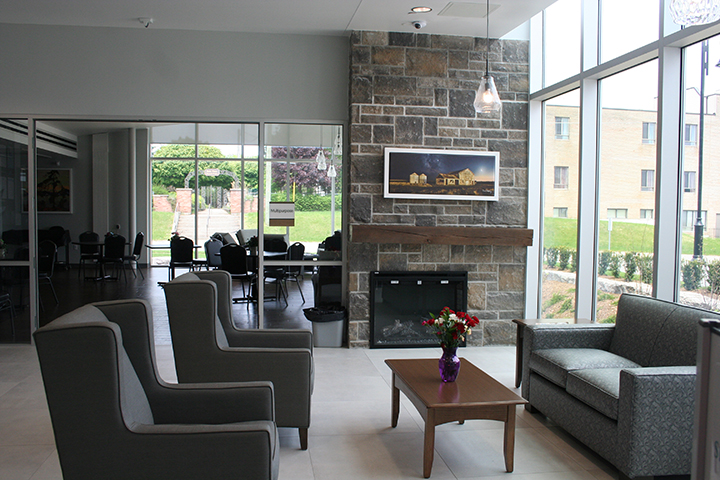 New era – A new Strathcona Long-Term Care facility has opened at 720 Princess Street in Mount Forest, across the road from the previous facility. Photo by Mike Robinson