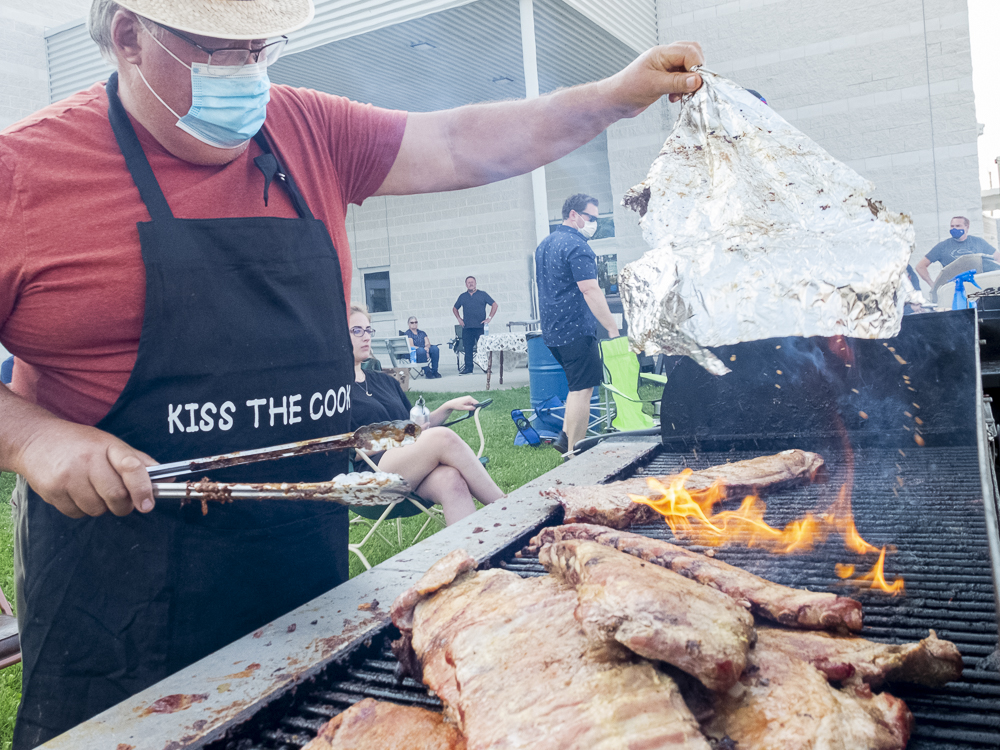 Bob McFarlane adds to the sizzle at the "Git Yer Hillbilly On" ribfest in Mount Forest on July 17. Photo by Jordan Snobelen

MOUNT FOREST – It was all smiles, sauce and sunshine for the “Git Yer Hillbilly On” Ribfest here on July 17.

Festivities went on hiatus last year but returned on Saturday with a drive-through format.

It wasn’t quite the big day packed with live music and entertainment Mount Forest residents would normally expect, but hundreds still drove out to the community’s sports complex for a meal consisting of a half-rack of ribs, baked beans, coleslaw, dinner roll and desert for $20.

Funds are funnelled back into the community – in memory of the late Bill Walker – going to Mount Forest youth sports programming, Cancer Patient Services, the Louise Marshall Hospital Foundation and the Mount Forest Fireworks Festival, a beloved community event which had to forgo its 20-year anniversary last year, followed by 2021’s cancellation. 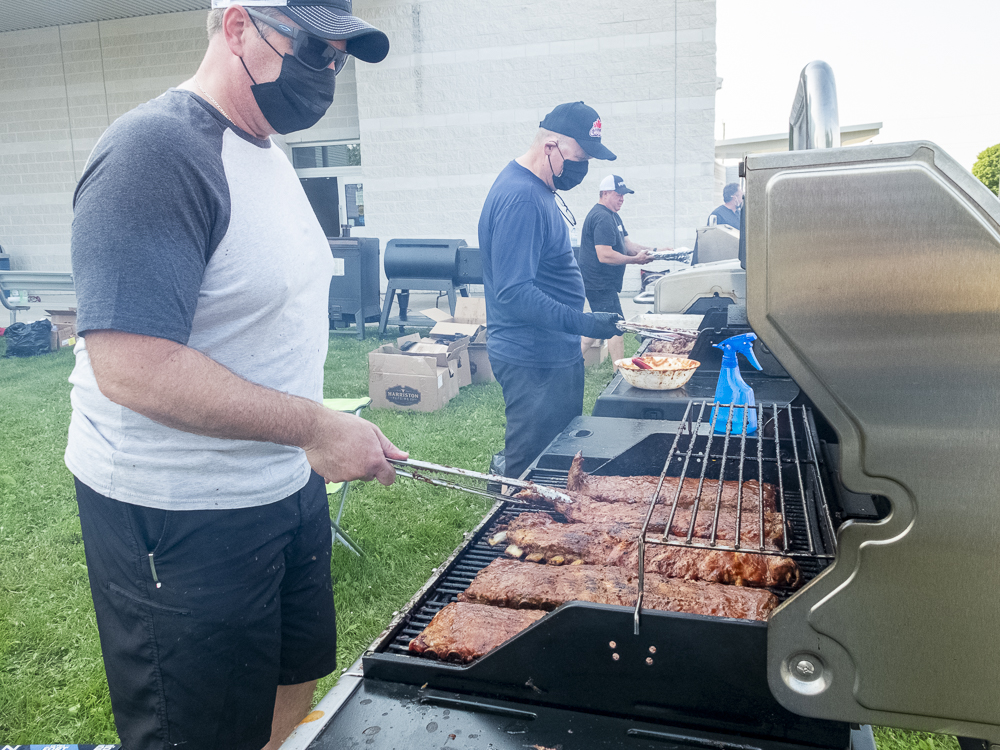 The smell of barbecue filled the air around the Mount Forest sports complex on July 17 as Deryck West, Brad Anderson and Wayne Billings turned up the heat at the Mount Forest “Git Yer Hillbilly On” Ribfest. Photo by Jordan Snobelen

The remaining tickets were sold off for $5 a pop on Saturday, scoring the particularly famished an extra half-rack of ribs, sauced and smoked by Spanky’s BBQ.

Murray Townsend, a close friend of Walker’s, greeted familiar faces waiting in the lineup snaking around the sports complex building.

Townsend said the event was started to “give back to the community and honour Bill,” an avid writer on local sports who knew his way around a grill.

Upwards of 50 volunteers turned out on the Saturday to keep the line moving and flames licking.

The event was sponsored by Spanky’s BBQ (owned by Wayne Billings of Holstein General Store), which donated sauces and the time to smoke racks ahead of the event; Mount Forest Foodland, which donated desserts and bags; and A-Plus Catering, which helped out and provided guidance.

Wenger said the drive-through was a success because of the “community’s people stepping up to help.”