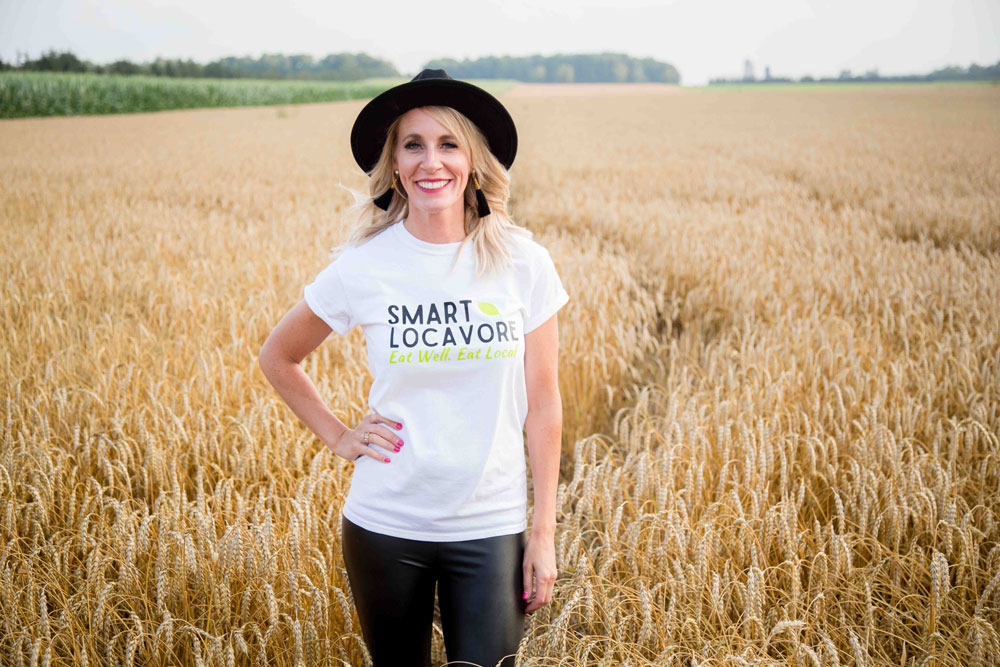 Smart eating - Stacey Bowles is the woman behind the new web startup Smart Locavore, a place for farmers and agri-food producers to connect with consumers searching out local products. Submitted photo

DRAYTON – Some may consider it bizarre to quit more than a decade into a stable, secure job.

And yet, that’s exactly what Stacey Bowles did.

“I had this idea last year during COVID when you went to the grocery store, and there literally was nothing on the shelves to buy, no eggs, no bread, no nothing, and I was like, there are farmers in this area that have all of this available, just nobody knows where to get it,” Bowles said in a recent interview on the upper floor of Drayton’s à la mode café.

A farm girl at heart, Bowles dug her heels into the dirt and started working on a website for local farmers, growers, producers and makers to connect to the communities they live, feed and work in. Enter Smart Locavore.

While starting the website out of her Drayton home, Bowles worked as a purchaser at Wilfrid Laurier University.

As a single, working mom, Bowles transitioned from her day job into her parenting role in the evenings until her children’s sleep allowed for moments to work on her concept.

“I was kind of burning the candle at both ends because I was working full-time and I was trying to get the website going,” she said.

Eventually, the late-night hours behind the screen led to something she could put out into the real world and test drive.

Smart Locavore officially launched in January and now has 1,000 listings on the site from across Ontario—everything from heirloom vegetables and bison meat to hay and socks made from alpaca fleece.

“Anything that’s homegrown, comes from the farm, is agricultural related—it’s on the site,” Bowles said.

The site is free for farmers and producers to post listings on and for consumers to use. Bowles doesn’t take a cut of any transactions made through the site or charge fees.

“I always want this to be free for the farmers … I know how hard it is to farm,” she said, mentioning her years growing up on her parent’s 300-acre beef cattle farm. “The whole idea is it gives the farmers visibility.”

Instead of charging website users, Bowles is betting on digital advertising to pay the way forward along with options for paid boosts for listings and specialized categories.

To be successful, Smart Locavore will need volume and Bowles hopes to find it across North America in the coming months.

Bowles’ pitch to others: “Eat more local, know where your food comes from … there’s just endless possibilities; the quality is better, you feel better knowing you supported a local farmer.”

All it takes is an email to sign up, some photos, and within 10 minutes a listing can be live for the world to find.

By the end of the year, Bowles hopes to check off set targets for listings, website traffic and revenue.

“Every day, I have three goals that I set out and those become the smaller goals that work towards the larger goal,” said Bowles, who has a propensity for risk and abandoning comfort to take on a challenge.

“For me, it’s incredibly important,” she said of goal setting. “As a startup business founder, doing everything, there is literally a million things that I need to do, so I really just need to focus on the biggest drivers that can get me where I need to be the quickest.”

If her smaller goals carry into the larger, more distant goals in the next five to 10 years, Bowles hopes Smart Locavore will take on an identity of its own and become a household name.

And if not, she says, “at least I knew I took a stab at it and it wasn’t meant to be instead of sitting at my desk every day wondering if it could have been something.”

To view listings in your area and to sign up, visit www.smartlocavore.com.