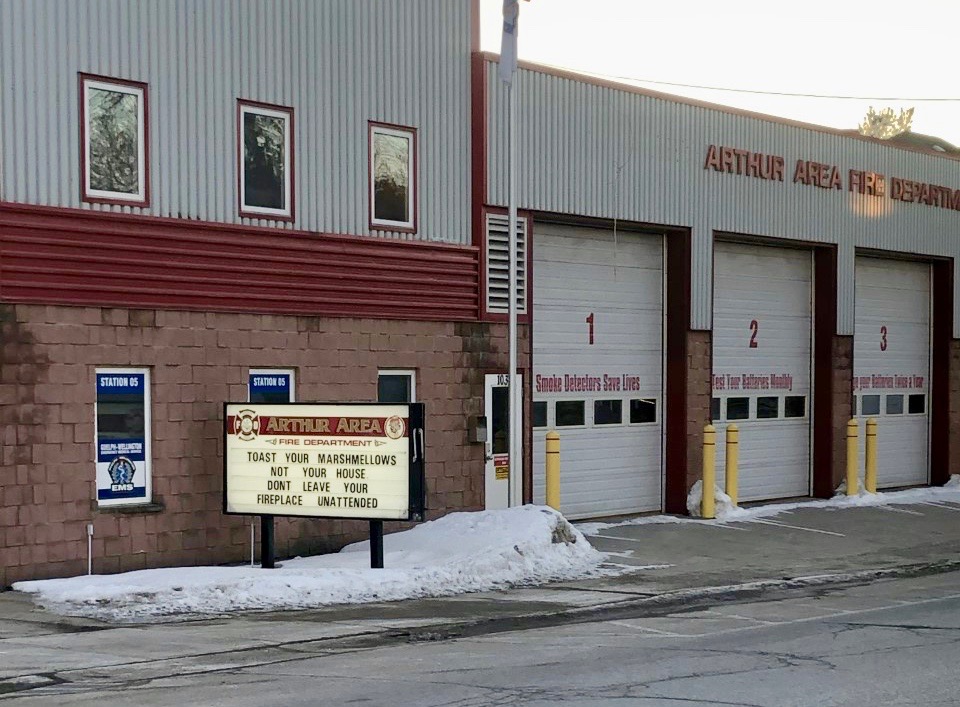 ARTHUR – The Arthur Fire Hall will be getting a new sign worth over $32,000 after the request was approved by Wellington North council.

The new sign, to be designed and installed by Raynbow Signs, will be larger and have the ability to display pictures and videos, as well as scroll through various messages from organizations in Arthur, said Chris Harrow, director of fire services for Wellington North fire department.

“It’s going to be a great addition to the Arthur downtown area,” Harrow said at the Feb. 22 council meeting.

The sign is expected to cost about $32,435 plus applicable taxes, but Wellington North economic development officer Dale Small said the cost could potentially be as high as $40,000.

“There could be some additional costs associated with electrical hook ups and those sorts of things,” Small said, adding it’s unlikely the cost will get that high, but if it does it will still be covered in the budget.

“When dealing with the provider we haven’t been able to get in [to inspect the ground] because of snow and cold to check the electrical wiring to know if we have to pull any wire,” said Harrow.

“Which would be hard to guess the cost. We wanted to make sure that cost was covered in there if we did have to make that change.”

Most of the cost for the sign will be split evenly between the fire department and the Arthur Business Improvement Area and a $10,000 donation from Lynda and George White, who financed the current sign, will be put toward the project as well.

The motion to approve the budget for the new sign was carried unanimously by council.