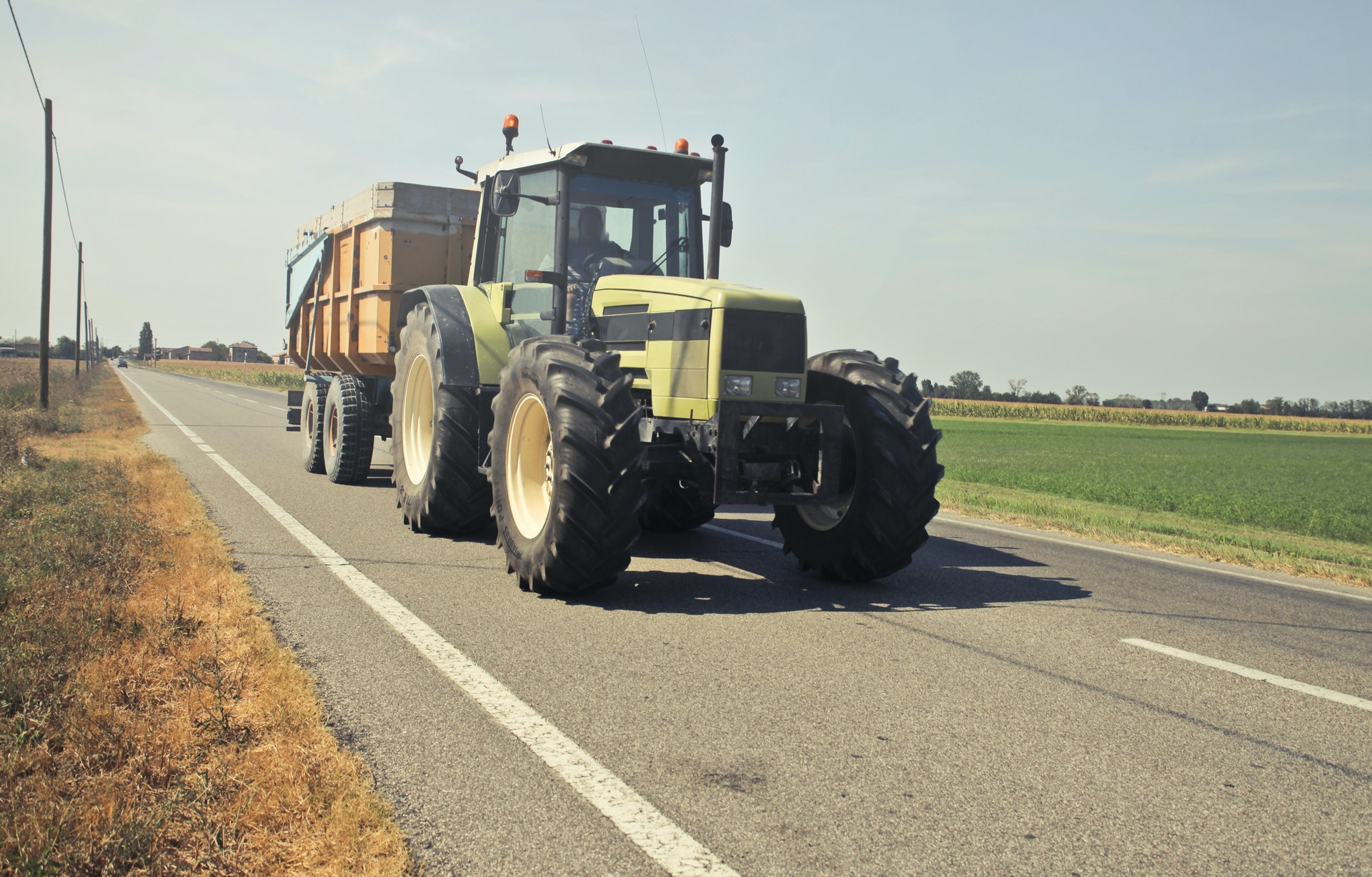 According to County of Wellington OPP, between 2016 and 2021 (to date) there have been 71 collisions involving farm vehicles on roadways within the county. Pexels stock image

The month of July was one of the deadliest months for agriculture-related incidents in Canada across a nine-year period between 2003 and 2012, with 103 out of 843 agriculture-related deaths occurring during the month, according to Canadian Agriculture Injury Reporting data. July, along with August, also happens to be one of the months with the most collisions between machinery and road traffic compared to the rest of the year.

In the county, a recent tractor rollover claimed the life of a 77-year-old Alma man on June 20. Incidents like rollovers and runovers, both on roads and off, account for a significant number of agriculture-related deaths, according to the Canadian Agricultural Safety Association (CASA).

But it’s left-turn collisions which are the most common incident involving vehicles and machinery.

Larger equipment will also need more room to turn, so if a tractor swings right: “Be careful, it may be starting a left turn,” he cautions.

Drivers can look for orange triangles, required by law and mounted on slow-moving farm machinery, telling drivers their travelling speed is less than 40 km/h. 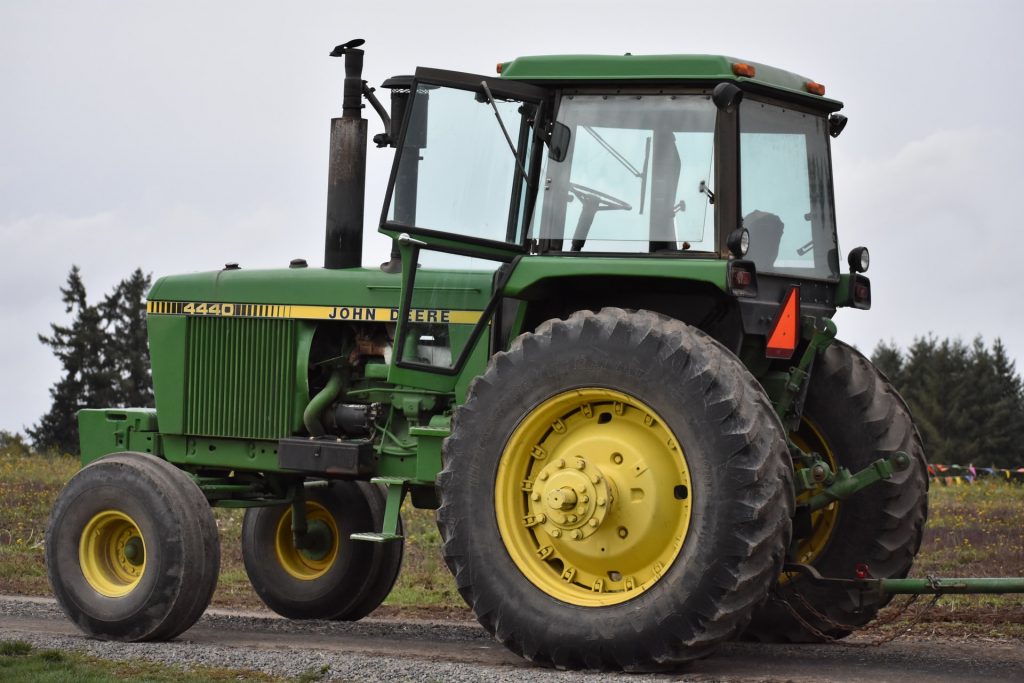 An orange triangle sign is displayed on a John Deere 4440 telling motorists the tractor travels under 40 km/h. Unsplash stock image

Especially wide equipment can use up a limited portion of a roadway and its shoulder, leaving at least half of a usable road for passing vehicles.

“I wouldn’t recommend passing in most instances, more often than not, the farm vehicle is on the public roadway or on the highway for as short of a length as possible … we probably just need to go from one field to the next, half a kilometer or whatever down the road and then they’re veering off anyway,” Gobeil said.

“We see it in city traffic, too, with fellow motorists on the road; you get that one road-rage guy that has got a heavy foot, and you meet up with them at the next light,” he said, wondering what the point is.

If you are choosing to pass, Gobeil says it comes down to a slow, methodical approach.

Farmers’ biggest complaints are about drivers moving too fast around their machinery and tucking in behind it where they can’t be seen. 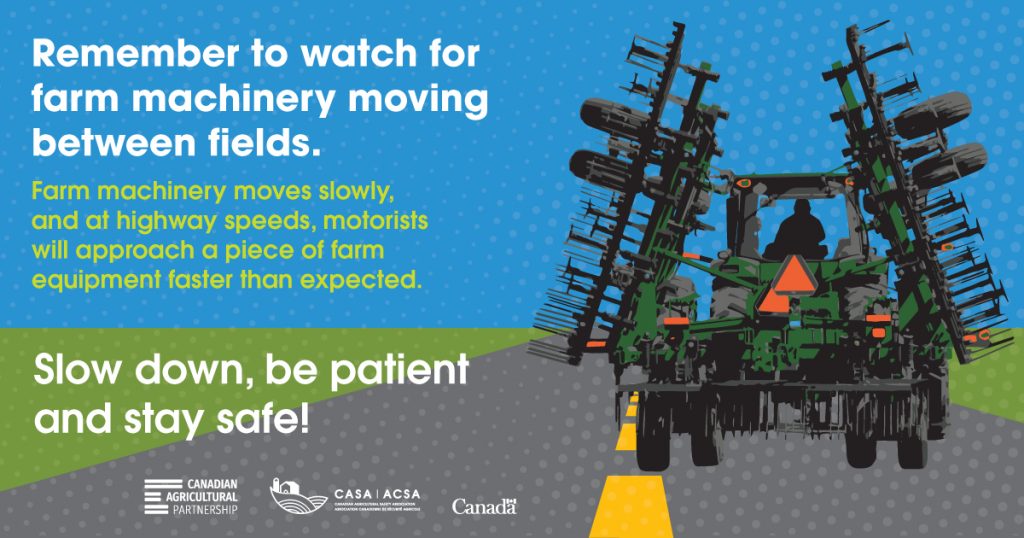 “You need that space in behind; we’ve multiple vehicle links behind the tractor that we use,” he advised. And sometimes there are multiple tractors following each other down a roadway which can’t be seen ahead.

Sitting farther back provides a driver with a better angle to see oncoming traffic, rather than playing the lottery of chance that comes with dipping in and out from behind a tractor and then smashing the gas pedal to get ahead.

Based on reports Gobeil is tuned into, he said, “the majority of the time it’s not the fault of the producer or the tractor operator when there is an incident on a public roadway.”

Between 2016 and 2021 (to date) in Wellington County, there have been 71 collisions involving farm vehicles, according to data provided by Porterfield.

Across the province, there were 26 deaths between 2010 and 2017 related to farm vehicle incidents on roadways, according to the Ministry of Transportation’s Ontario Road Safety Annual Report.

According to Canadian Agricultural Injury Reporting data, collisions between farm equipment and vehicles increased 2.8 per cent annually between 2003 and 2012 with tractors and vehicles being the deadliest of all farming machinery.

Fourteen per cent of all agriculture-related deaths occurred on roadways, claiming 107 lives between 2003 and 2012, and 50 of those deaths were from drivers or passengers of vehicles struck by machinery.

At the end of the day, Gobeil says, “we all just want to go home the way we showed up. We want to go to bed safe at night and continue our work the next day. So often we just lose sight of that.”