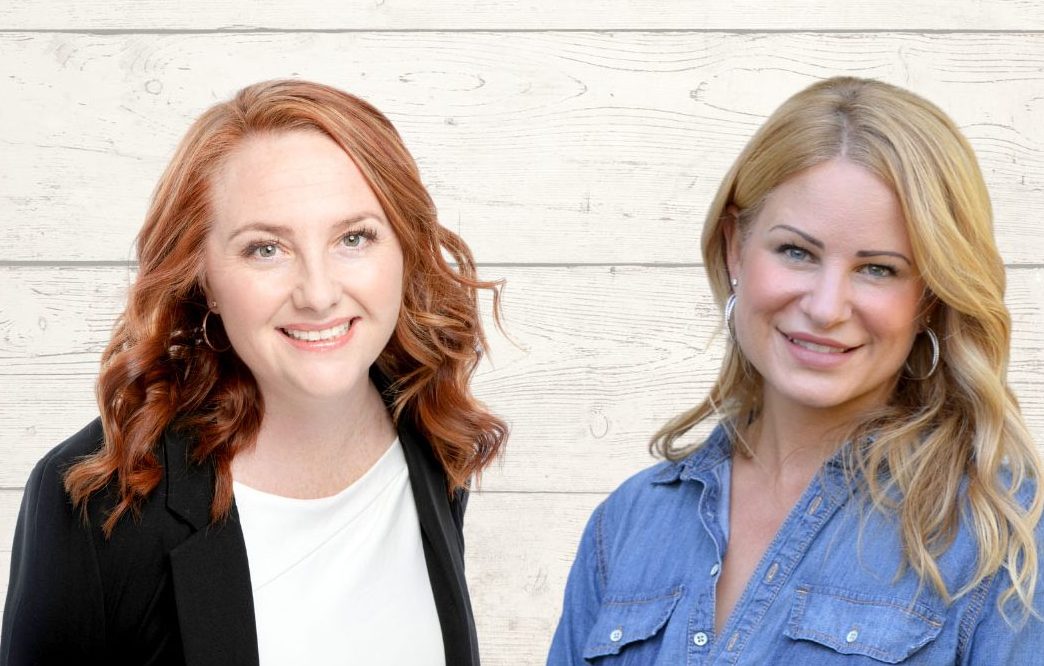 After seeing a successful launch earlier this year, Claire Knight, left, and Jenn Price are bringing back Share Your Silver Lining, a social media campaign that allows people to share positive moments in their lives. Submitted photo

FERGUS – After seeing a successful launch earlier this year, Claire Knight and Jenn Price are bringing back “Share Your Silver Lining,” a social media campaign that allows people to share positive moments in their lives.

“We all need to work together to support local small businesses and to inspire our community to focus on the positives during this difficult time,” Price said.

Share Your Silver Lining was launched in Wellington County in January and has proved to be a huge success with plenty of support from the community, businesses and local media, the duo explained.

“It was phenomenal,” Price said of participation. “I think at that point in time … the message about sharing something unexpectedly positive was really, really well received throughout the community.

“As well as that support from and for local businesses, I think everybody really embraced the glimmers of positivity amongst all of the negative stuff that was happening.”

The initiative was started to encourage the community to focus on supporting local businesses, and for community members to “share their silver linings.”

This includes personal stories about positive things that have happened to them, their family, or within the community over the past year, all while raising funds and awareness for mental health through the Canadian Mental Health Association (CMHA), Knight and Price explained.

The social media campaign relaunched in October and will continue until February 2022 this time around.

Each week, one local business in the Fergus and Elora area will be promoted and will donate a gift to be raffled off each Friday to all those who shared their story or who donated to CMHA through @ShareYourSilverLining.

Knight said the idea for the campaign was born during one of the pair’s physically distanced business meetings.

“Talking about how everybody’s so negative and this has been going on for so long and we need to generate some positivity,” she explained.

“And we talked about all of our friends and neighbours who had local businesses in Centre Wellington who were suffering and how we could do something to get people’s spirits up and drive people into local businesses.”

Knight said even though the businesses were closed for some of the time during lockdowns, they found a way to still be able to feature them.

“So this time we’re really focusing as well on the local businesses and spotlighting them, but we can actually go inside a little bit more now,” Price added.

She noted this time around, instead of featuring a new business every week they’ll be spreading them out to every three weeks to give some more time for the businesses to share their stories and share on their own social media to get a broader reach of people.

“We’re planning to go through to the end of February so that gives us a chance to really have more in-depth type of content surrounding the community and local businesses,” Price explained.

At the end, instead of having one grand prize, she noted they will have a curation of prizes from each of the businesses that partner with the campaign.

“It’s our free time, it’s our passion project and we’re both really busy in our businesses as well so we have to make sure that we have the bandwidth for everything and to make it really quality stuff,” Price said.

Knight said they’ll be focusing on new businesses in Centre Wellington and businesses that haven’t participated before.

“We really want to help promote the newer businesses because starting a new business at this time can be hard and that’s our focus but also other businesses that didn’t have an opportunity to participate,” she explained.

The campaign is already underway, showcasing its first business, and Knight said there will be a few more featured before Christmas, adding they’re really excited about it.

“It’s really building a lot of support for the community and positivity in our community as well,” she said.

“We really hope that people will really dig deep and think about positive things that have occurred during this ongoing time of ‘there’s been a lot of stuff that we’ve had to deal with as individuals, as families, as communities, as business owners,’” Price added.

“We really want people to take away and reflect and think of the positive things and really enjoy embracing other people’s positive stories as well and be aware of these people that have opened and sustained small business during such a trying time and really make a concerted effort to support each other in every single way.”

For those looking to donate or access mental health resources, visit www.ShareYourSilverLining.ca.