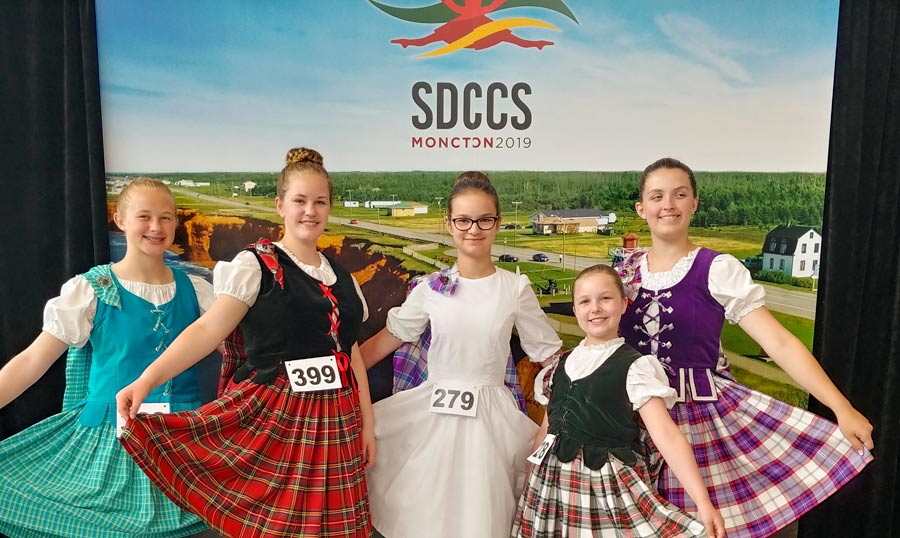 FERGUS – Dancers from the Blue Bonnet Lassies School of Highland Dance in Fergus competed across Canada during the month of July.

Back in Ontario, on July 6, dancers competed at the Kincardine Scottish Festival. In primary division, Scarlett Jackson placed sixth in fling, and third in pas de basque, and pas de basque and high-cuts. In the Novice category,  Eila Gillies placed first in flora, third in fling and third in Seann Truibhas.

On July 20, dancers competed at the Cambridge Scottish Festival. In the Premier division, Emma Horsley placed third in fling, fourth in barracks and fifth in sword and Seann Truibhas.