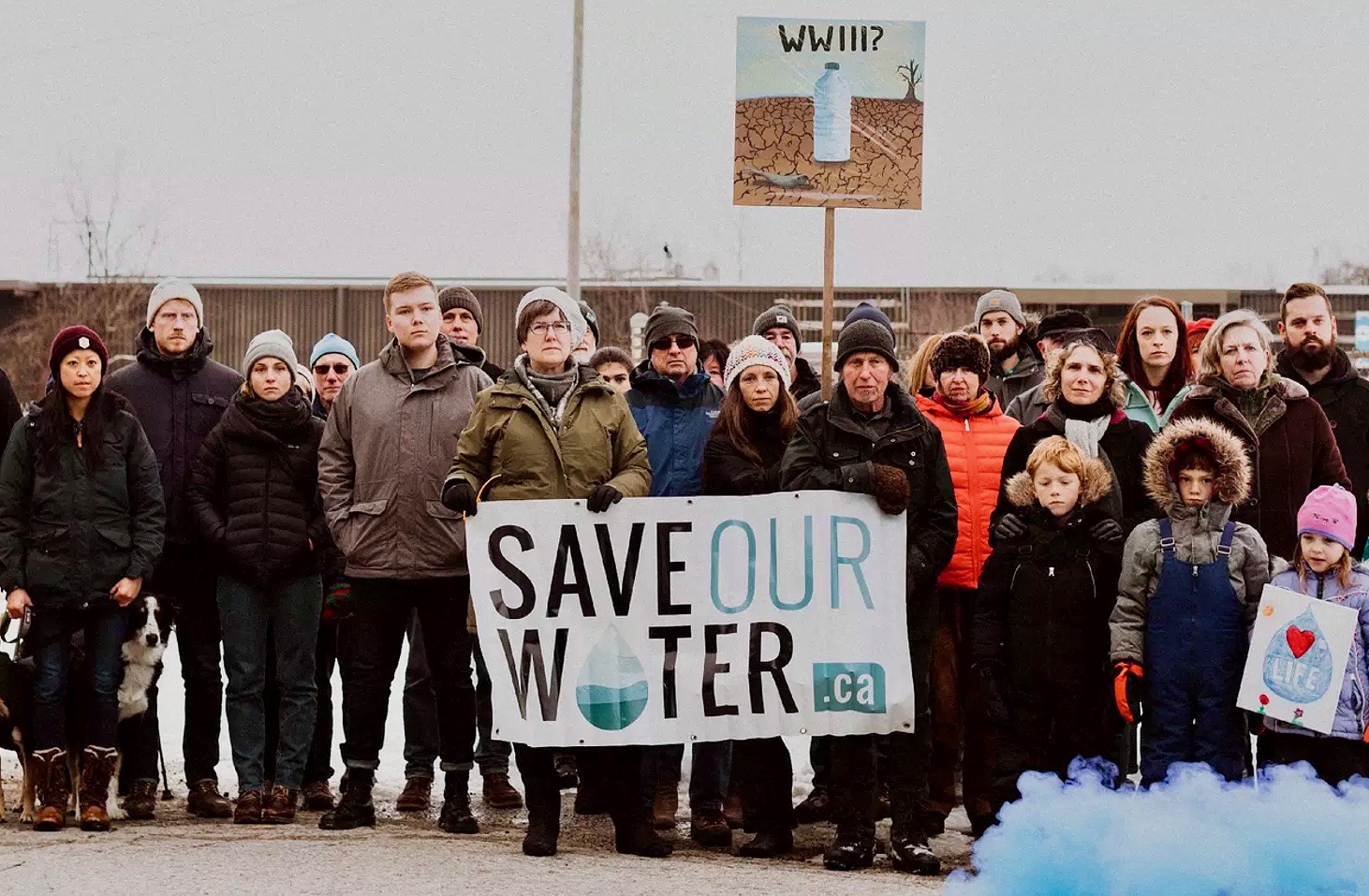 ELORA – Local water advocacy group Save Our Water talked about water on Earth Day through a public forum on Zoom.

The event aimed to update the community on the end of the provincial moratorium on water taking permits and the sale of Nestlé Waters Canada – and what they mean to Centre Wellington’s water supply.

Save our Water formed six years ago in response to Nestlé Waters Canada purchasing property on Middlebrook Road just outside Elora in hopes of establishing a well for its water bottling enterprise.

Nestlé takes water for its Pure Life brand from wells in Aberfoyle and Hillsburgh.

Nestlé applied for a permit to take 1.6million litres of water a day from the Middlebrook well and that’s when the community stepped in.

Jan Beveridge, Donna McCaw and Brent Coleman, all members of Save Our Water, spoke during the April 22 event about the changes that have occurred over the six years and the challenge that’s still before the community.

Partly as a result of activism here, the province put a moratorium on water taking permits in 2016 and extended it several times as it began a policy review.

“The Tier 3 study established that we are a vulnerable area for water in Centre Wellington,” Beveridge said. “Any reduction in water will impact future wells.”

As Centre Wellington is slated for growth under the provincial Places to Grow policy, the township has identified it will need more wells and the Middlebrook area is the best site.

A municipality should not have to compete with a private business for water “and Middlebrook became the line in the sand for water taking,” Beveridge said.

The moratorium was lifted on April 1 and the province announced changes to regulations as a result of its studies.

Municipalities now can veto water taking permits for amounts above 379,000 litres a day and that’s a victory, Save Our Water officials say.

But still concerning is that a business can take any amount below the threshold without municipal approval. And they can appeal zoning decisions to LPAT “and their decision will be binding,” said McCaw.

The recent sale of Nestlé’s North American water bottling operations to One Rock Capital Partners and Metropoulos & Co. is no cause for celebration, McCaw added.

“The issues are the same,” she said listing the environmental footprint of the operation, pollution from plastic bottles, as well as the threat to the local water supply, as key concerns.

Linton said part of the township’s strategy is to be respectful and solutions-oriented, and to avoid being anti-Nestlé.

He said they will maintain that stance with the new owners.

“Looking ahead, nothing really changes,” he said. “The players might change but we will continue to look after our current and future water needs.”

There are reasons to be positive, Beveridge said.

“Six years ago, the idea that a small community like ours could make a difference seemed ridiculous,” she said. “The issue has moved a huge, long way.”

But the local drinking water supply is still under threat and that requires being visible, vocal and vigilant, added Coleman.

“If the municipality needs the population to double by 2041, it would be reckless to allow commercial water taking,” he said.

Coleman encouraged people to share their water stories on social media using the hashtags #standwithus and #Iamawaterprotector, and to be ready to mobilize should there be future threats to the water supply.

“It’s not over till it’s over,” Beveridge said.

Visit saveourwater.ca for information and updates.