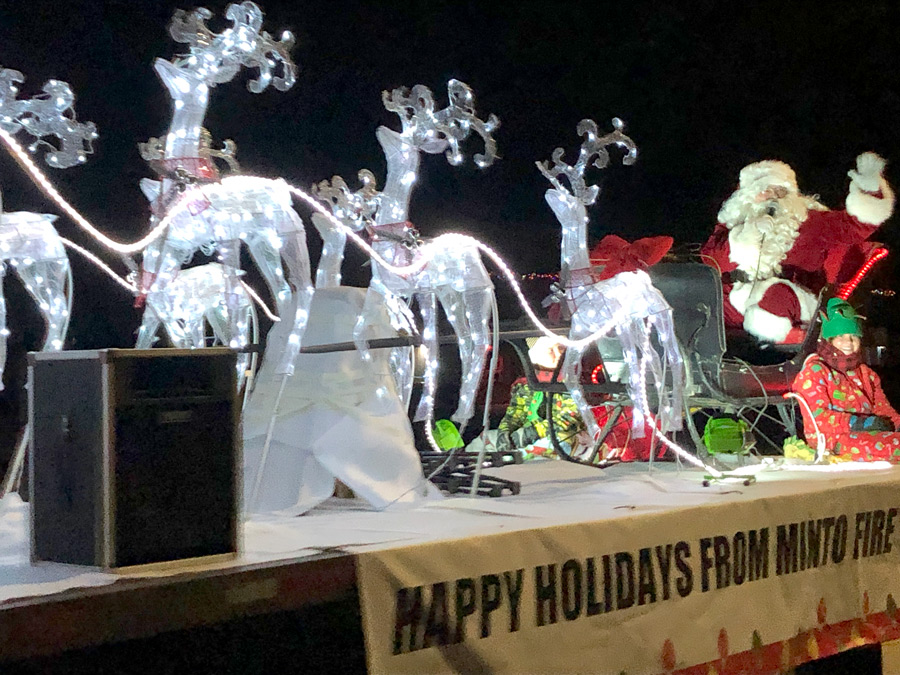 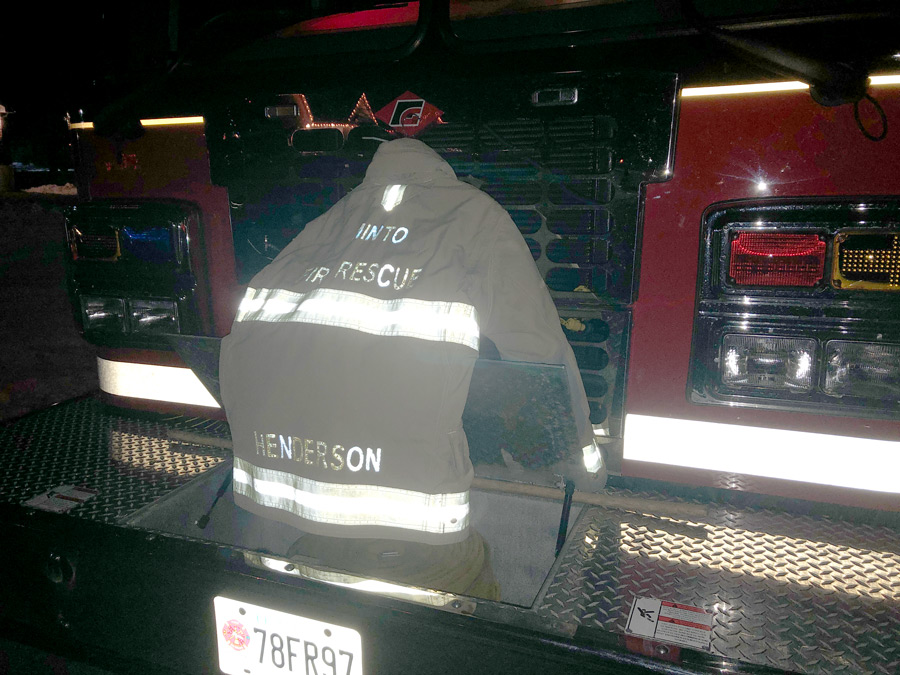 Turnout gear belonging to Minto Fire Captain Pete Henderson, who passed away on March 17, led the procession through town as fellow firefighters recognized Henderson for his years of dedication to Minto Fire and the annual Palmerston Santa Claus Parade. “Our parade marshal for this year is flying high over us tonight,” Minto Fire officials stated. 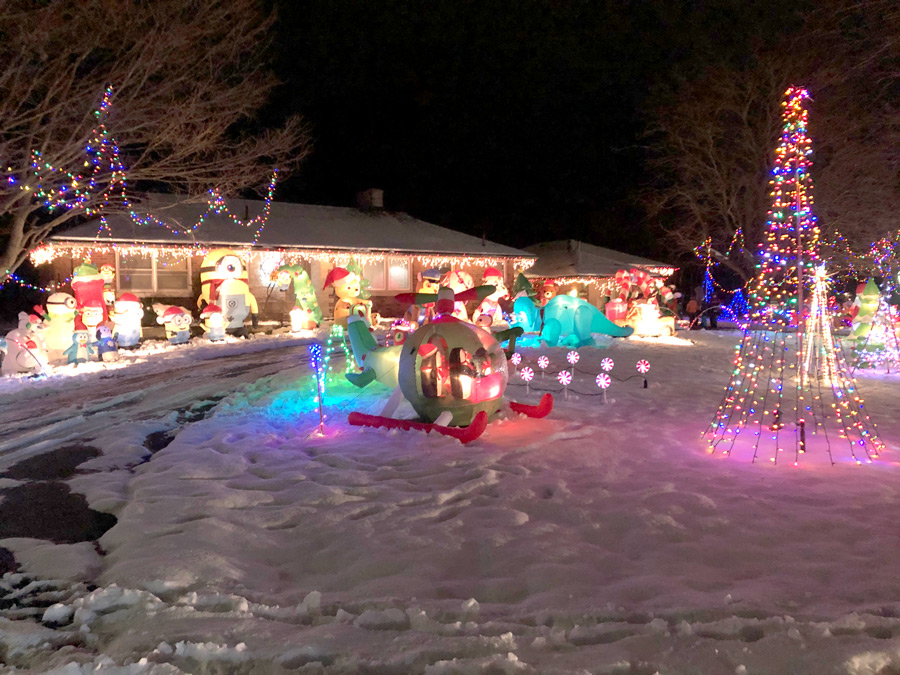 Santa was surely impressed when he passed this Toronto Street residence lit up for the season.