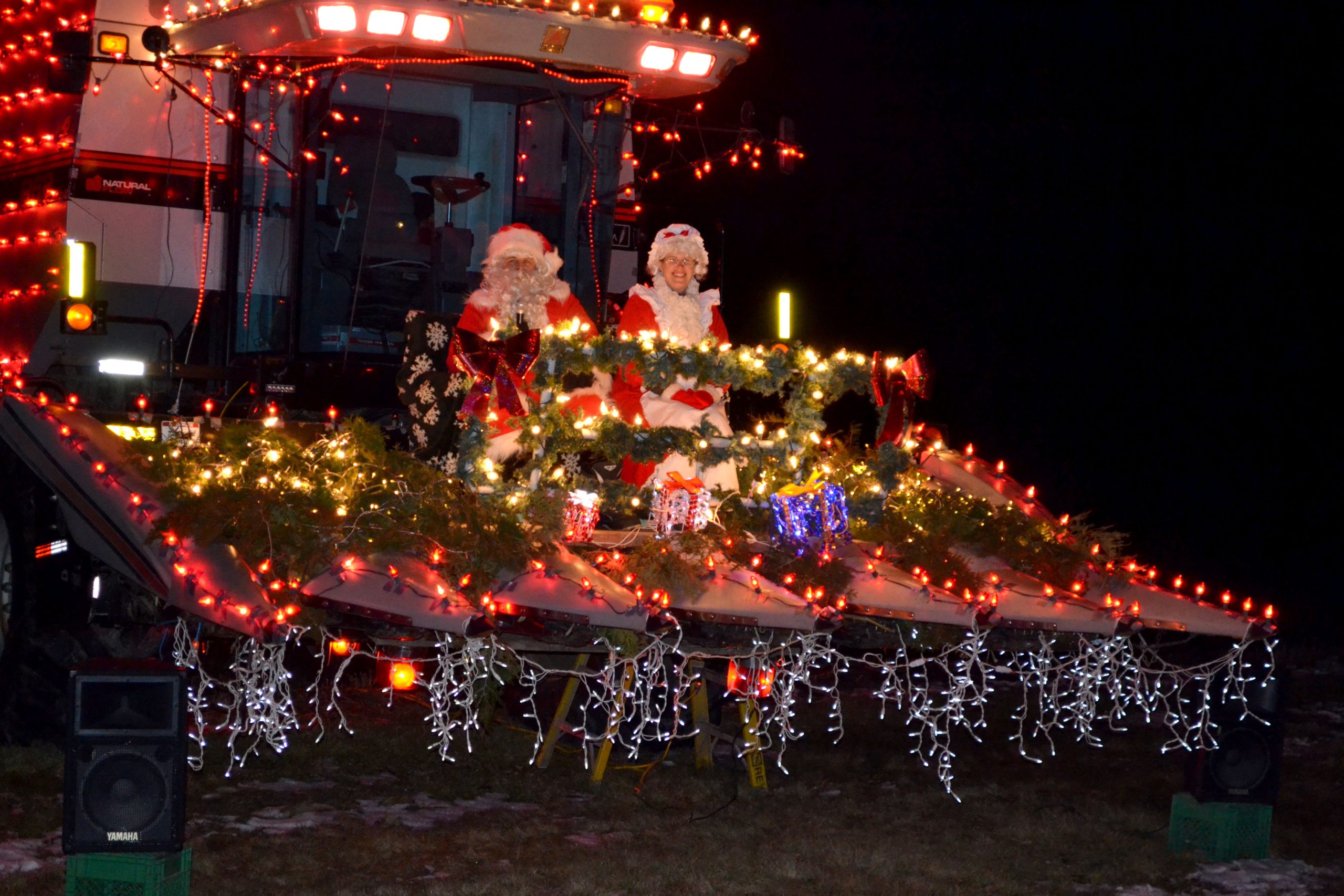 After getting the green light from public health, officials have announced the annual Rockwood Farmers' Santa Claus Parade of Lights will operate under its traditional format this year. The event is set for Dec. 9 at 7pm. Advertiser file photo

GUELPH/ERAMOSA – Children will once again see Santa and Mrs. Claus riding through Rockwood, as officials have announced the return of the traditional Rockwood Farmers’ Santa Claus Parade of Lights.

The parade, designed to raise awareness about agriculture, is now in its 29th year.

A drive-by event last year due to the COVID-19 pandemic drew thousands of viewers, but Parade of Lights chair Glenn Storey said the public will see a more traditional parade this year.

“I’m sure we’re going to have a huge spectator crowd because there’s not many other parades going on,” Storey said.

“We did have a bunch of new entries last year so we should have a full gamut of farm stuff there.”

The event will take place Dec. 9 starting at 7pm.

Storey noted it generally takes about an hour and a half for the parade to pass through.

Storey said in collaboration with the Township of Guelph/Eramosa parks and recreation director Robin Milne, organizers went to public health and, after some discussion, public health gave the green light to host the parade under its traditional format.

“There’s no protocols that they’ve laid out for us,” Storey said of how the parade will operate.

“It will just be people lining the streets of Rockwood and it will be up to them to social distance.”

As in previous years, parade floats will enter on 5th Line and head south, turning onto Highway 7 where they will head west and go back up 4th Line.

The township will also help to assist in putting the event on.

“We really rely on their help with the barricades and some of their road staff helping with lights and closing the road,” Storey explained, adding “it’s huge for us.”

The floats, provided by local farmers, are by invitation only, and Storey said people can expect everyone that was in last year’s parade to be returning.

“I think it’s going to be pretty huge because there’s no others around,” he added.