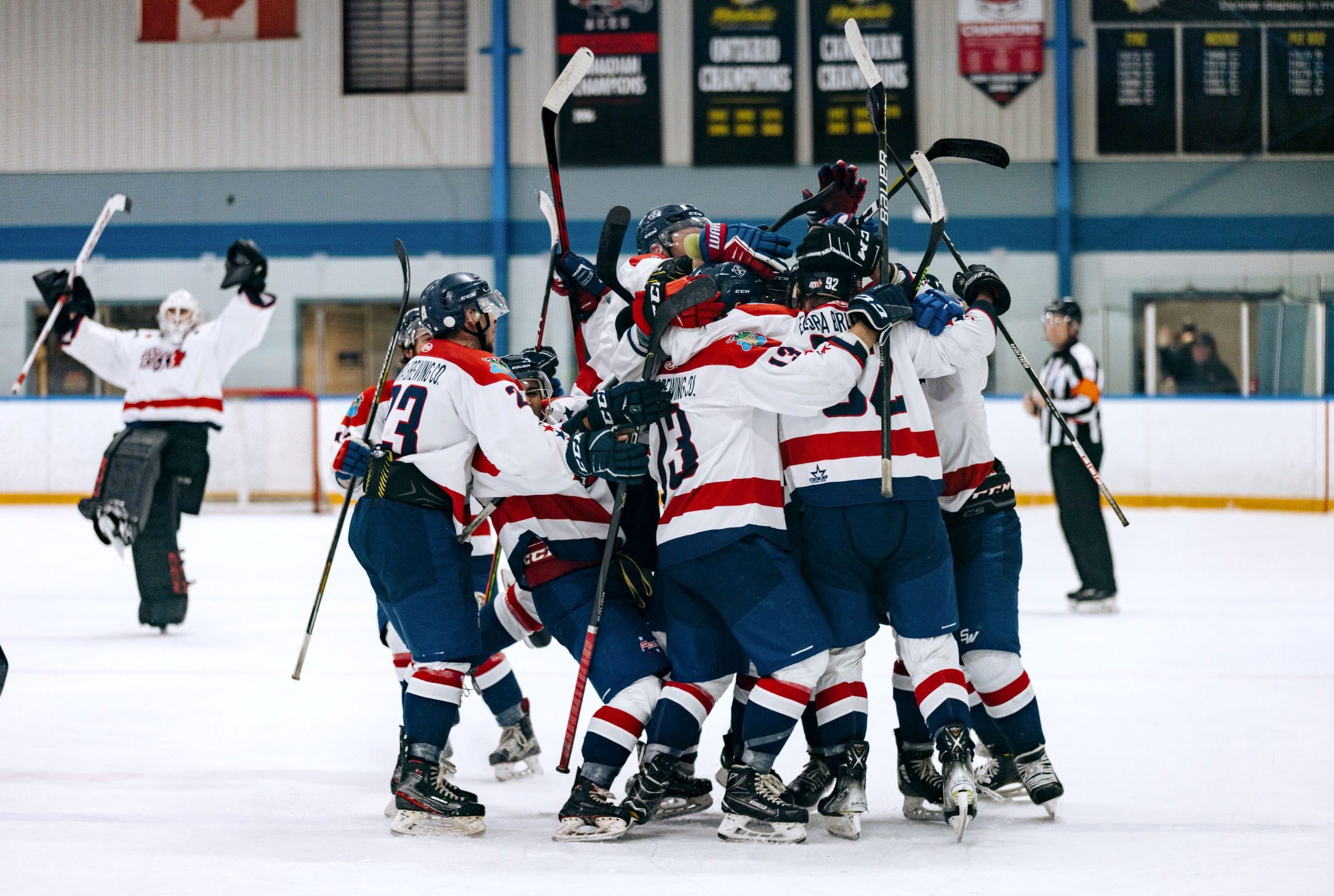 The Elora Rocks, who finished first in the regular season, are now preparing for game 5 of the league final. The best-of-seven series with the Tillsonburg Thunder is tied 2-2. Advertiser file photo

ELORA – The Elora Rocks are feeling confident as the team heads into Game 5 of the Western Ontario Super Hockey League (WOSHL) finals next weekend.

The Rocks beat the Stratford Fighting Irish 4-0 in the semifinals and are currently deadlocked 2-2 in the final with the Tillsonburg Thunder.

“We haven’t had our best lineup out due to … work commitments and injuries and stuff that kind of goes along with this age group,” Rocks president Rich Wigmore told the Advertiser.

“But next weekend we’ll have the best lineup we’ve had all series and all playoffs, so we’re really excited about that.”

So far, the home team has won every game of the series.

“There’s a lot of confidence in knowing that you can beat a team, knowing that we’ve beat them twice and at home and we have home-ice advantage,” Wigmore explained.

“So there’s a lot of things that are going in our favour. I think that’s definitely an advantage that we’re looking forward to.”

He said the players are excited, healthy and ready to go into the next game.

Given that the Stratford Fighting Irish were a team the Rocks consistently beat in the regular season, Wigmore said heading into the first round of playoffs against them was like “playoff practice” for the team.

“So I was a little bit nervous going into the finals because we didn’t really have that tough of a series, whereas Tillsonburg played Strathroy and they are a much better team,” he explained.

“So they got to have a taste of playoff hockey, so we kind of came into the first game a little flat-footed, but adjusted really quick.”

“We haven’t kind of wavered from that at all,” he said. “It’s our championship to lose.”

With pandemic restrictions constantly changing throughout the season, the team faced many hurdles and uncertainty.

“I know COVID’s still around, but like it’s not really on any of their minds anymore,” Wigmore said of the players. “They’re 100 per cent bought in and the only thing on their mind is winning a championship.”

“It’s just a better atmosphere,” he said. “It’s more of an event for the community and we’re getting a lot of support from our fans and it’s really loud and really good to see.”

The team also hosted a sponsor appreciation night on April 9, with all the team’s sponsors in attendance, which Wigmore said was really great.

As the team heads into Game 5 in the final series, Wigmore said it will be focusing on its power play and penalty killing.

“I think when you when you go this deep into a series that starts to be what wins and loses games,” he explained.

“If you’re in the box, that’s typically when teams are going to take advantage and we need to do the same.”

The Elora Rocks will take to the ice for Game 5 on April 22 at 8:30pm against the Tillsonburg Thunder at the Fergus sportsplex.