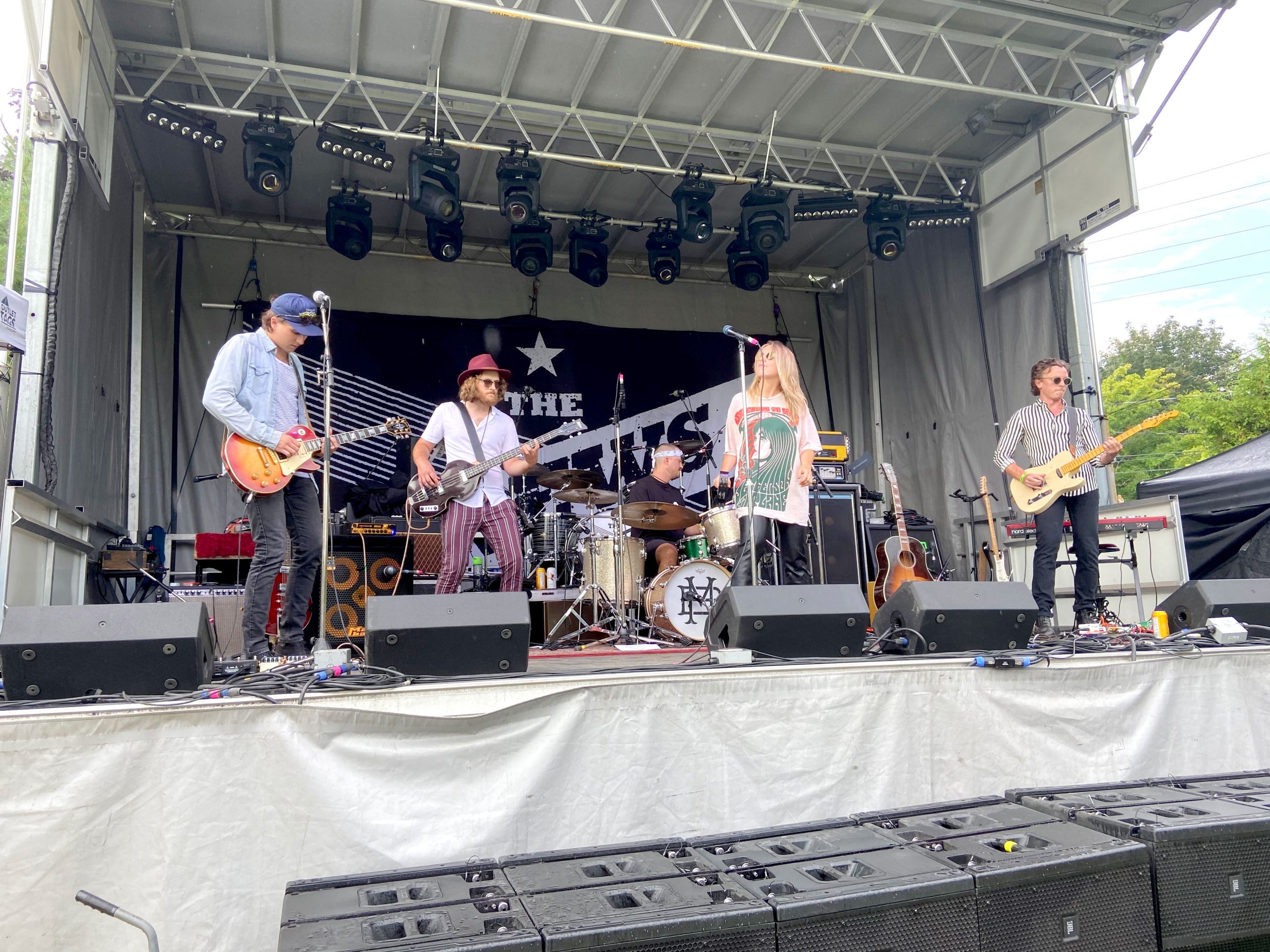 Wishing - Middlebrook performs on the second day of Riverfest Elora’s “Wish You Were Here” mini festival on Aug. 21. After having to cancel the festival in 2020 due to the pandemic, organizers said the event was a major success. Attendees enjoyed the music in physically distanced boxes. Photo by Curtis Gordon

ELORA – Festival goers were able to enjoy three nights of live music at the Elora Centre for the Arts from Aug. 20 to 22, as Riverfest Elora returned for the first time since 2019.

“It was amazing. It was a wonderful, safe experience for everyone involved,” Riverfest Elora’s manager and artistic director Spencer Shewen told the Advertiser.

“People were crying. They were just so happy to be here.”

Shewen said he received messages from people in town who were happy to finally experience live music again. “People felt safe, which was the most important thing for us.”

The three-day event included performances by Kardinal Offishall, The Trews, The Barr Brothers, and many more. Billed as the “Wish You Were Here” mini festival, safety measures were in place to protect all in attendance.

Only 430 tickets were available each day, spread out in physically distanced, six-by-six boxes of four. Masks were required at all times when moving around the site, but were allowed to come off once groups entered their box.

Shewen said the festival usually includes between 450 and 500 volunteers. This year, there were around 100.

“We felt like we really made a difference in a lot of people’s lives this weekend,” Shewen said. “Our team was very happy. Everyone was very proud of how we pulled this off. We received comments from people telling us our team was super friendly, and everyone seemed to be so happy that we were doing this in a safe way.”

Officials were thrilled the festival was able to take place at all this year. In May, the event had been cancelled for the second year in a row, before later being reimagined as a mini festival after vaccination rates began to rise.

Shewen said he had never completely given up on Riverfest Elora hosting a smaller event this year.

“We didn’t know exactly what it was going to look like until about six weeks ago,” he said. “Once we got into stage three (of the province’s reopening plan), we knew there was a possibility for this. So, we based our plans for the event on stage three recommendations.”

The festival concluded on Sunday with performances by Ahi, Grae, My Son the Hurricane, and The Barr Brothers.

“The bands were all really great and excited to be here,” Shewen explained.

“We were really happy to finally get Grae on our stage, since she’s from Elora.”

Shewen said Riverfest had initially booked Grae to perform in 2019, but those plans unfortunately fell through at the last minute. She also was included in the festival’s 2020 lineup before the event was cancelled due to the pandemic.

Shewen said the unorthodox crowd arrangement did not cause any issues for attendees.

“The crowd was completely respectful of what we were trying to do. At first, people were not sure about the boxes, but they ended up liking them. They allowed people to space out and leave their stuff when they wanted to get up.”

Although Shewen hopes next year’s festival will look more like it does in a normal year, he said the assigned boxes for attendees may not completely disappear either.

“We might look into allowing a limited number of these boxes that people can book for next year, even when things are hopefully back to normal.”