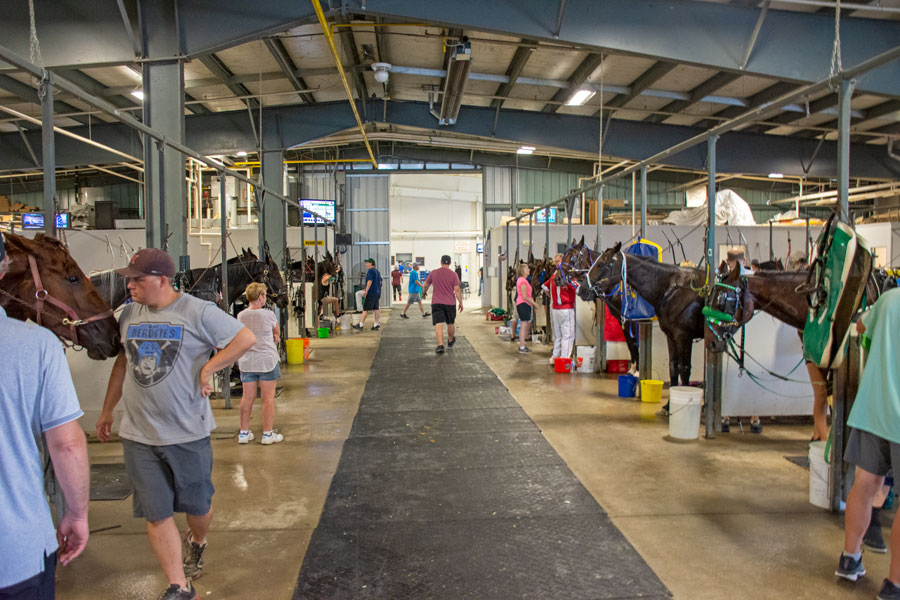 Behind the scenes at Grand River Raceway.

It was one of many racetracks, stables and training farms across the country that celebrated the hard work of caretakers in the harness racing world last weekend.

At Grand River Raceway each caretaker received a $100 gift card to thank them for their dedication, with a $250 prepaid Visa gift card from Ontario Racing as a grand prize gifted through a random draw.

Each caretaker was also  acknowledged by the track announcer during the post parade.

Behind the scenes at Grand River Raceway.

It is the second annual celebration recognizing and rewarding caretakers in the industry. Last year more than 14 tracks took part in celebrating the hard working folks behind the scenes of racing.

“Early mornings, long, late nights … caretakers are the unsung heroes of harness racing. We task them with the responsibility of making sure the horses they care for are happy and healthy, physically and emotionally. They will work seven days a week, and sacrifice their holiday and family time to make sure the horses are properly cared for. A caretaker is the first and last person that the horse sees each day,” wrote Standardbred Canada program co-ordinator Kathy Vlaar in a press release.

Grand River Raceway was one of 15 racetracks to confirm its participation in national Caretaker Appreciation Day as early as May.

The work that caretakers do is paramount to the running of the racetrack, Grand River Raceway director of operations James Martin told the Advertiser in an email.

“Without caretakers looking after the horses, it would be impossible for Grand River Raceway to conduct horse racing. Horse owners trust the care of their horses to trainers, and trainers rely on caretakers to look after their horses from early in the morning until late at night, to prepare for racing at racetracks,” he said.

Horses are trucked in from local farms and training centres to race at Grand River Raceway. Generally 85 horses a night come to the racetrack all needing attention, according to Martin.

Usually on farms and training centres, a caretaker would look after four to five horses during morning activities. That is why Martin said it is so important to recognize all that caretakers do, especially because they receive very little recognition  on a day-to-day basis.

“Caretakers are less visible to the public. People can see the horses and their drivers, and the trainers are acknowledged for the success of horses under their care. It is important to recognize all the people that work day-to-day with the horses, albeit behind the scenes,” said Martin.

One such caretaker to receive recognition for her efforts from Grand River Raceway was Sarah Burden. She has been a caretaker on and off for more than seven years. 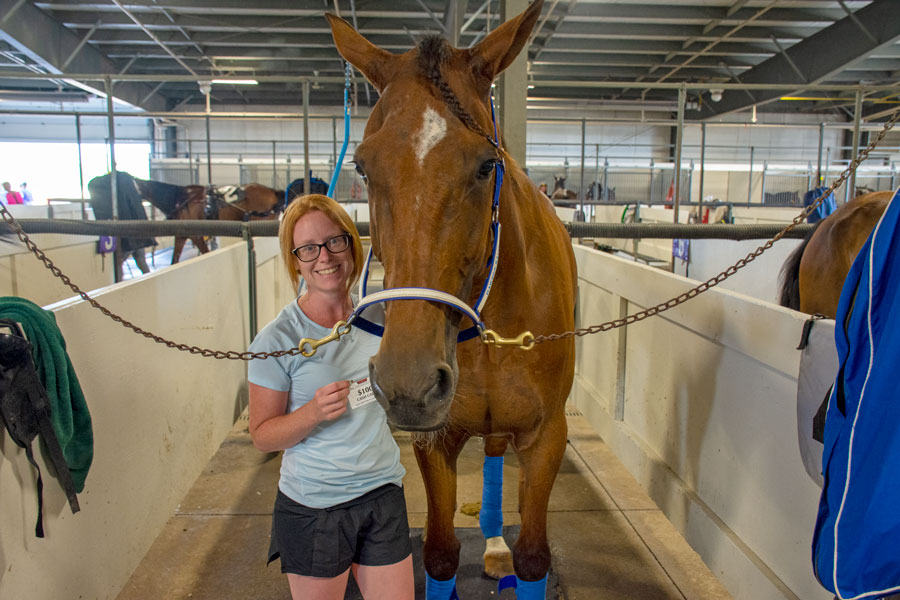 A rider herself, she said she got into caretaking because it offered another way to help horses improve.

“I am passionate about horses, I like watching how they improve.

“Watching a race and seeing the horse go from the training side of it to the race side of it, it gives you more … gratitude at the end of the day,” said Burden.

“It can be a physical job; perseverance [is important] that is for sure,” she added.

For caretaker Leslie Joyce it is all about the relationship that develops between caretakers and horses.

“You really get a bond with certain horses that you look after and they connect with you,” she said.

She began as a caretaker at 14 and immediately fell in love with taking care of horses.

“It makes the horse; if you don’t take care of the horse they are no good. The horse gets to know you, it makes a big difference,” Joyce said.