WELLINGTON COUNTY – Wellington-Dufferin-Guelph Public Health (WDGPH) has seen an increase of first doses administered in the two weeks since the province announced a COVID-19 vaccine passport on Sept. 1.

Publicly available data from WDGPH shows that in the seven-day period leading up to the announcement, from Aug. 22 to 28, a total of 1,569 first doses were administered in the health region.

On Sept. 2, the day after the provincial announcement, 559 first doses were administered, more than double the daily average (224) over the week prior to the announcement.

“We have definitely seen uptake since the province’s proof of vaccination announcement,” WDGPH medical officer of health Dr. Nicola Mercer told the Advertiser.

But she added that is only part of the picture.

“Another piece is the growing evidence that vaccines are safe and effective,” she stated in an email.

“That’s helping people who have been on the fence about getting their shot [be] more comfortable and helped them make the decision to get a first dose.”

Mercer said it’s “tough to say” what effect the vaccine passport will have on vaccine uptake in the long term, but she called the province’s move “another important lever as we look to close the remaining 14 per cent without a first dose.”

The health unit expects to see a rise in first jabs over the fall and when children under 12 become eligible for vaccination.

The Advertiser also asked for data of first dose appointments, but WDGPH spokesperson Danny Williamson pointed out booking data doesn’t capture those who went to pharmacies, family doctors, or who were walk-ins to vaccine clinics.

“At some point, we will address a significant portion of the current eligible population and doses will decline,” Mercer said. 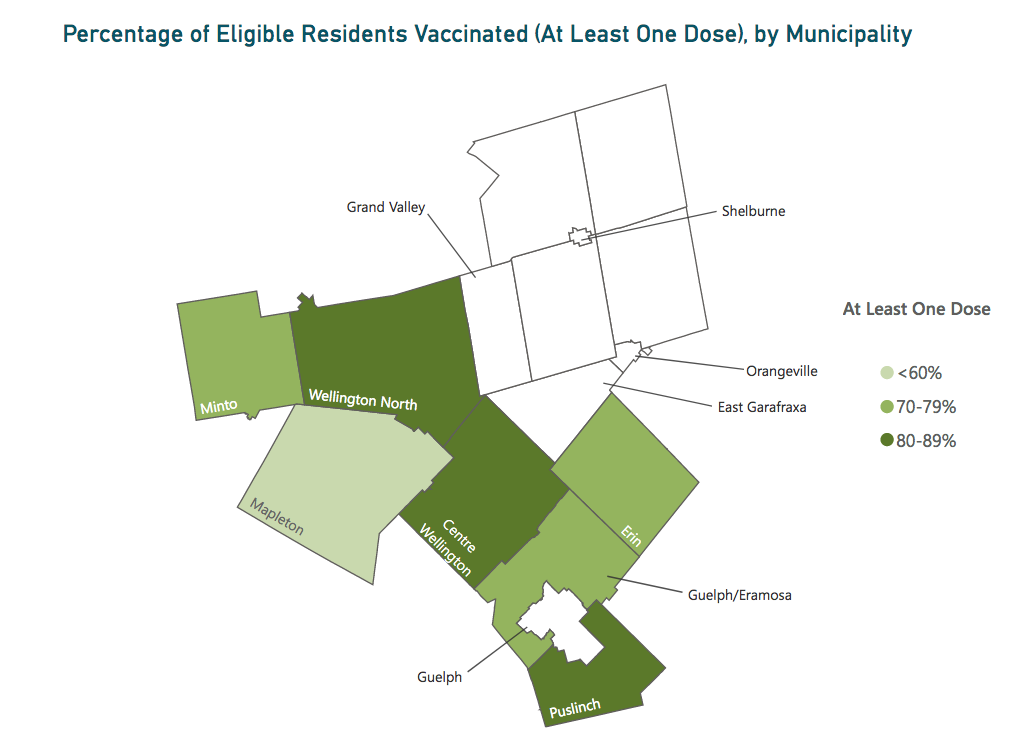 Williamson said the health unit is working with long-term care and retirement homes to train home staff on vaccinating residents.

“Where facilities can’t carry out those vaccinations themselves, [WDGPH] will go into the homes and carry that out. The plan is to have all homes done by the end of September,” Williamson stated in an email.

Pharmacies will also eventually be permitted to offer third jabs with proof of eligibility, Williamson said.

As of Sept. 16, 757 third doses have been administered to those who meet the narrow eligibility criteria.