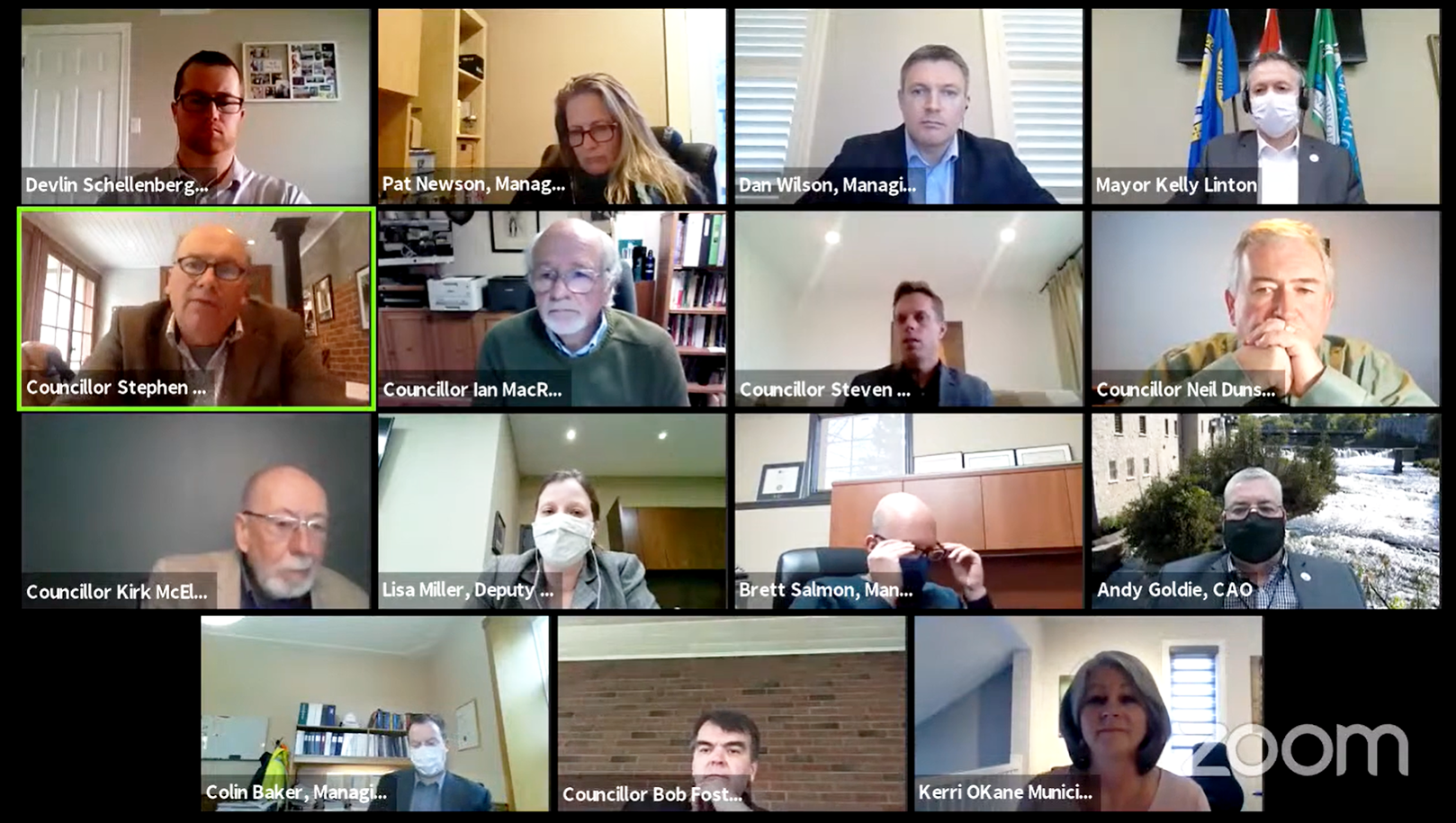 Council gave staff the go-ahead on April 26 to hire John Mascarin and Debi Wilcox to lead two public sessions and to work with the ad hoc committee as it prepares a final draft of the bylaw.

Mascarin is a solicitor, author and speaker with an expertise in municipal, planning and local government law.

Wilcox is a public sector executive and registered parliamentarian with expertise in meeting procedures and management.

Clerk Kerri O’Kane first presented an updated procedural bylaw to council on Oct. 19, 2020, but council felt there should be more public input.

On Oct. 26 council decided to form an ad hoc committee to tuck into the details of the bylaw.

Mayor Kelly Linton and councillors Neil Dunsmore and Kirk McElwain sit on the committee along with senior staff. McElwain is the chair.

At its November meeting, the committee quickly reached an impasse and asked council to approve hiring an expert to lead public sessions and guide the committee as it revises the draft bylaw.

The procedural bylaw outlines the way council and committee meetings are to be run, explains the duties of the mayor and deputy mayor, and defines terms used in meetings, such as “defer”, “refer”, “amend” and “friendly amendment”.

It also explains how the public can speak to council or a committee, and when agendas and meeting minutes should be available to the public.

McElwain and councillor Stephan Kitras felt there should be more time after the public meetings for the public to submit comments.

Councillor Bob Foster thought the cost of bringing in experts would be too high and that the problem was not the bylaw itself, but not following it.

“It’s routinely not followed,” he said. “Often dissenting voices are silenced. I am not in favour of this.”

Councillor Steven VanLeeuwen said while the bylaw is important, it doesn’t have broad interest within the community.

“Those who want to engage are already in tune to this,” he said. “I would be shocked if a large number of people are interested in this.”

O’Kane said the dates are subject to the availability of Wilcox and Mascarin and will be firmed up in the coming days.

Council approved the timeline with Foster and Kitras opposed.