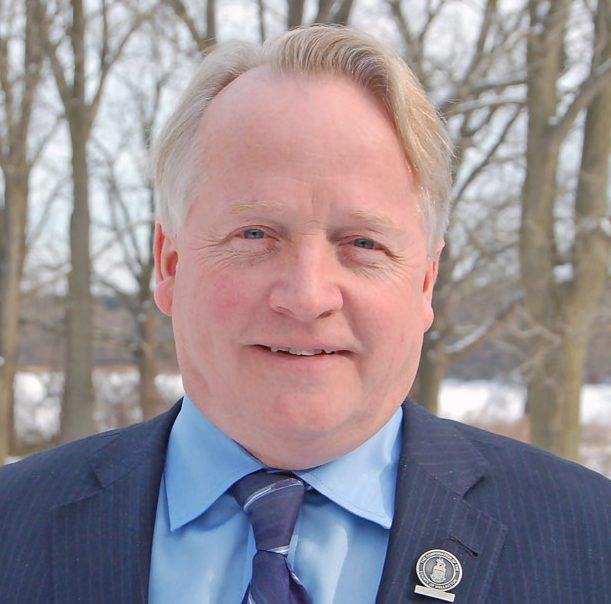 GUELPH-ERAMOSA – Guelph-Eramosa Mayor Chris White said it’s great that the province is making a move on construction on a new Highway 7 between Kitchener and Guelph – including a large section through his township on either side of Guelph.

But White hopes the responsibility for the old highway doesn’t fall on the shoulders of municipalities.

On July 15, Kitchener-Conestoga MPP Mike Harris, Kitchener South-Hespeler MPP Amy Fee, and Cambridge MPP Belinda Karahalios announced the province has committed the funds for construction of the highway to proceed.

“It’s great that they are moving ahead with it,” White said in a phone interview. “It’s a critical highway in this region and not the safest in February and March. The new highway will be better, safer and faster.

“But I do hope the old Highway 7 remains a provincial highway.”

Preparatory construction, design and engineering work for the new Highway 7 has already begun and the tender and procurement process could begin as early as 2021, after the remaining field investigations and preliminary engineering is complete, states a press release from Harris’s office.

That means the province could break ground next year or the year after.

The 18 km stretch of highway will have seven interchanges, will connect with Highway 6 in Guelph and Highway 85 in Kitchener, and will require a new bridge over the Grand River.

The project has been on the books for at least 20 years and preliminary work has occurred. Several businesses at Woodlawn Road and Highway 6 in Guelph have been expropriated and heritage homes on the planned route have been moved.

But the project has been stalled due to a lack of funding.

Wednesday’s announcement signals the beginning of Phase 3, which is actual construction.

“We heard loud and clear that a new Highway 7 has long been a top priority for local residents, therefore today’s commitment is a clear signal that we are moving forward on this essential project,” Harris, Fee, and Karahalios stated in the July 15 release.

In the same release, Wellington County Warden Kelly Linton stated the county “is pleased that the Ontario government has committed to building a new Highway 7 between the Region of Waterloo and the City of Guelph.

“The new modern four-lane freeway will contribute to economic development opportunities across the entire region while enhancing the safety of all commuters.”

Linton added, “The county shares the Province of Ontario’s commitment to investing real dollars in rebuilding our transportation infrastructure.”

White said if the old highway becomes a county or township road, “that would have a direct impact on the township.”

Building, maintaining, plowing and insuring roads is a big expense, “and we already have an infrastructure deficit,” White said.

“There’s a big chunk of that highway in Guelph-Eramosa.”