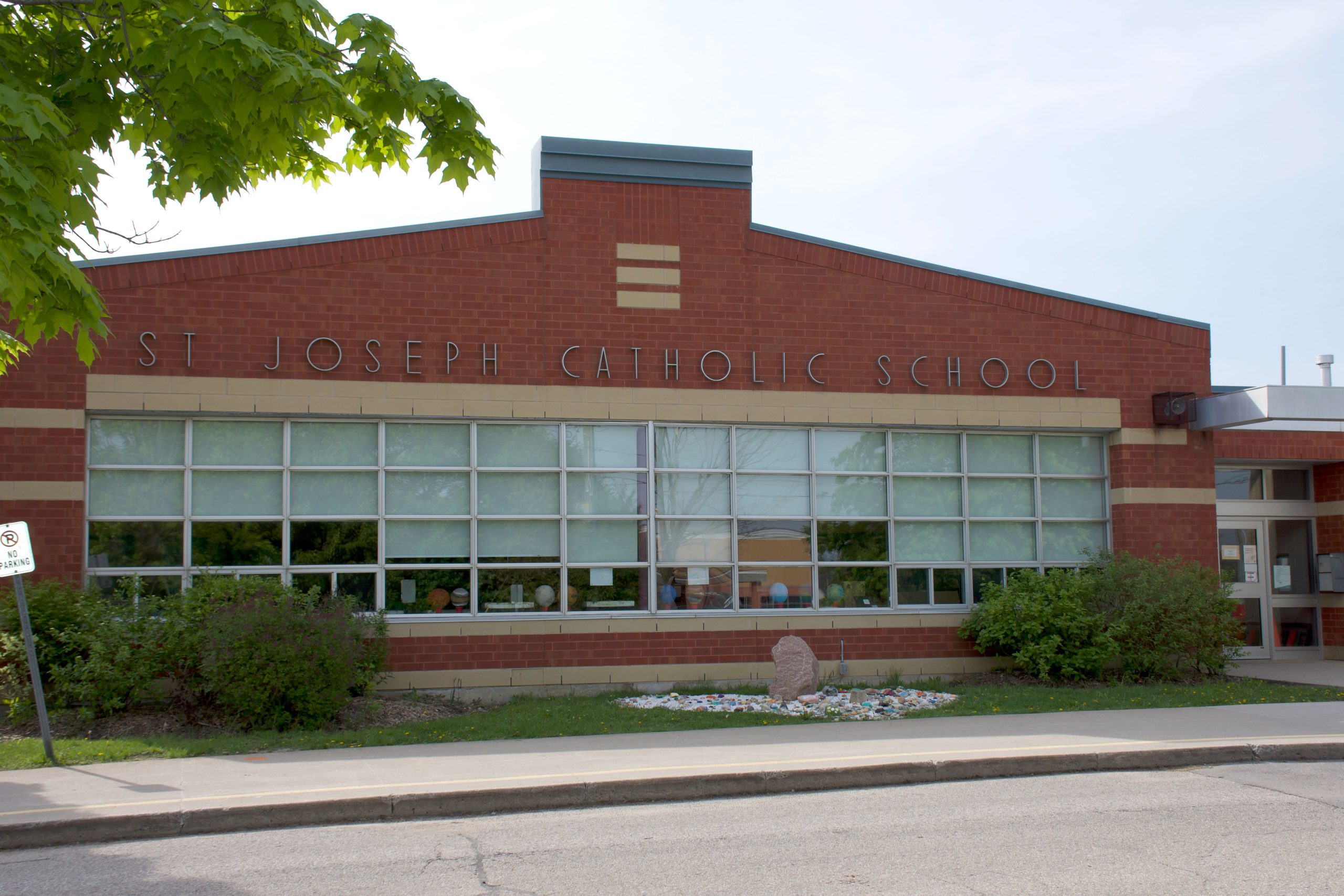 The Ontario Government is providing $5.2 million to the Wellington Catholic District School Board to build an addition at St. Joseph Catholic Elementary School in Fergus. Photo by Paige Peacock

FERGUS – The Wellington Catholic District School Board (WCDSB) has recently received some funding to build an expansion on a Fergus school, creating additional permanent spaces for students.

The Ontario Government is providing $5.2 million to the WCDSB to build an addition at St. Joseph Catholic Elementary School in Fergus.

The funding, announced by Minister of Education Stephen Lecce on May 2, will support the creation of 190 student spaces as part of the Ford government’s commitment to “building state-of-the-art schools for Ontario youth.”

The project is part of province-wide spending of nearly $500 million to support new school and child care spaces that were recently announced by the education minister.

“We are building new schools, building more affordable child care spaces, and building hope and opportunity for Ontario students as they learn in more normal and safer classrooms,” said Lecce in a May 2 release.

Tracy McLennan, WCDSB associate director of corporate services, said the next steps for the board will be designing the project and sending it out for tender.

“Once we receive that back, as long as we were within the budget that they provided, then we can proceed to build so we’re on our way now to looking at the design for that,” she explained.

McLennan said she couldn’t provide a definitive timeline for when the project will be completed, but  the board will be working to release the tender within the next few months.

From there, the board will be determining the timelines for construction.

“We have to take into consideration the impact of the site,” McLennan explained. “How it impacts students while school is in.”

Given the current capacity surplus at the school, McLennan said the board is looking forward to moving forward with the project as quickly as it can.

“Right now, we’re at 140 per cent capacity, so we’re excited to be able to add these permanent spaces to the school so that we’re able to accommodate students,” she said.

“There’s 360 permanent people places in that school and our projected enrollment for St. Joe’s Fergus for September is over 500,” she added. “And so this really affords us an opportunity to add eight modern learning spaces – classrooms – to the existing site.”

McLennan said currently, to be able to accommodate the additional students, the school has portables that are relocatable on the site, but the funding will allow the board to now have permanent spaces for the students.

“So it’s going to be a real opportunity for both Fergus as a community as well as St. Joseph to improve that site and the learning spaces that we currently have,” she said.

“It’s very exciting for us – a real opportunity,” she added. “And we’ve seen such growth within the County of Wellington and that’s been, I think, certainly exacerbated by COVID and more migration into those communities north of the City of Guelph.

“It’s exciting to see the growth projections for this community.”

The eight-classroom addition will include two full-day kindergarten classrooms and six other classrooms.