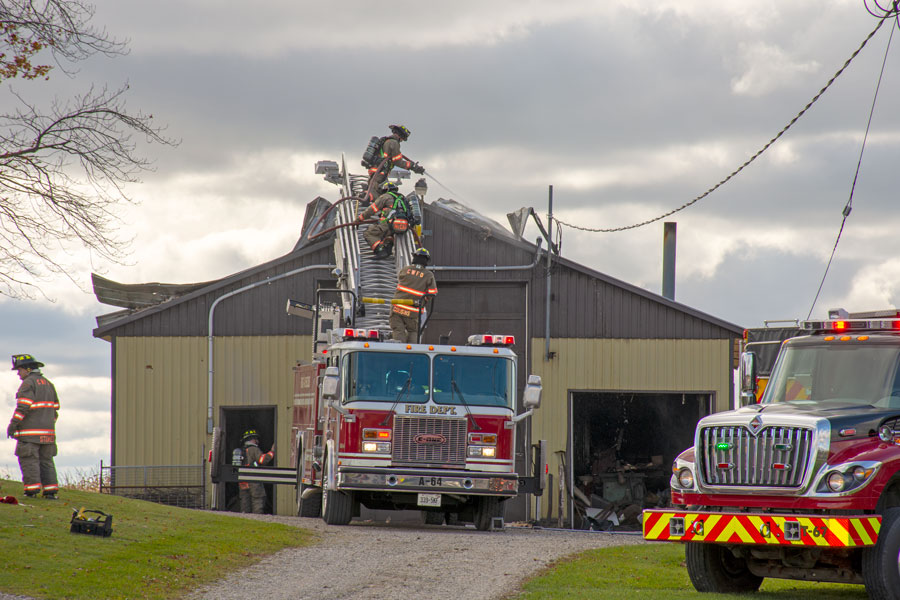 “When we got here there was visible smoke coming from a… 30 by 50, shop on the property,” said Karn.

About 20 firefighters responded from the Fergus and Elora stations. There were no injuries.

“The homeowner had gone into his house to have lunch,” said Karn.

While the cause of the fire has not been released, Karn said it is being treated as accidental.

When the Advertiser spoke to Karn crews were still at the scene hosing down the roof.

“It’s caught between the ceiling of the metal roof and the insulation,” he said.

“It’s a metal roof and we just have a couple of hidden areas of fire right now that are still smoldering.”