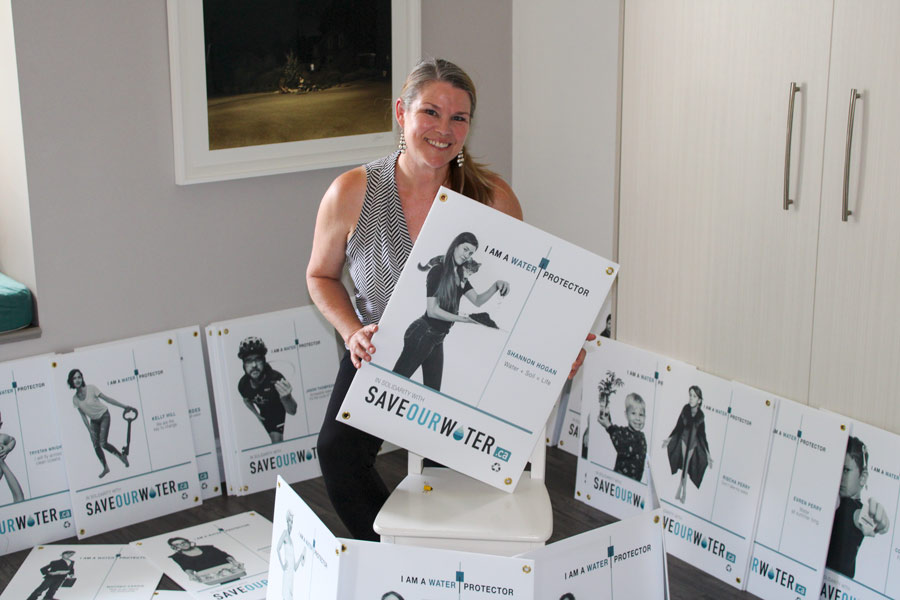 Photo series protest - Elora-based artist and Save Our Water member Sophie Hogan displays some of the 233 protest signs from her photo-series on July 4.
Photo Aryn Strickland

ELORA – After five years of staunch campaigning members of the Centre Wellington group Save Our Water  decided it was time to switch tactics.

In January, Elora-based artist and Save Our Water member Sophie Hogan launched a photo series to garner renewed support from the community.

As of July 4 Hogan had  photographed 233 local residents – from artists to politicians – and raised approximately $5,600 for the group’s ongoing protest against Nestlé Waters Canada and its efforts to establish a well in Elora.

“It is pretty cool that really the community paid for the whole campaign. It is funded by an idea to generate money for creating it and for marketing it and to raise money for Save Our Water,” Hogan told the Advertiser.

Residents that took part paid $25 to cover the cost of the photo shoot and a further $20 (or more by donation) to  purchase a finished protest sign featuring the photo, which went to the Save Our Water fund.

The fund will help with ongoing costs, including hydrogeologists to conduct reports on the local aquifers and printing leaflets and other campaign literature. 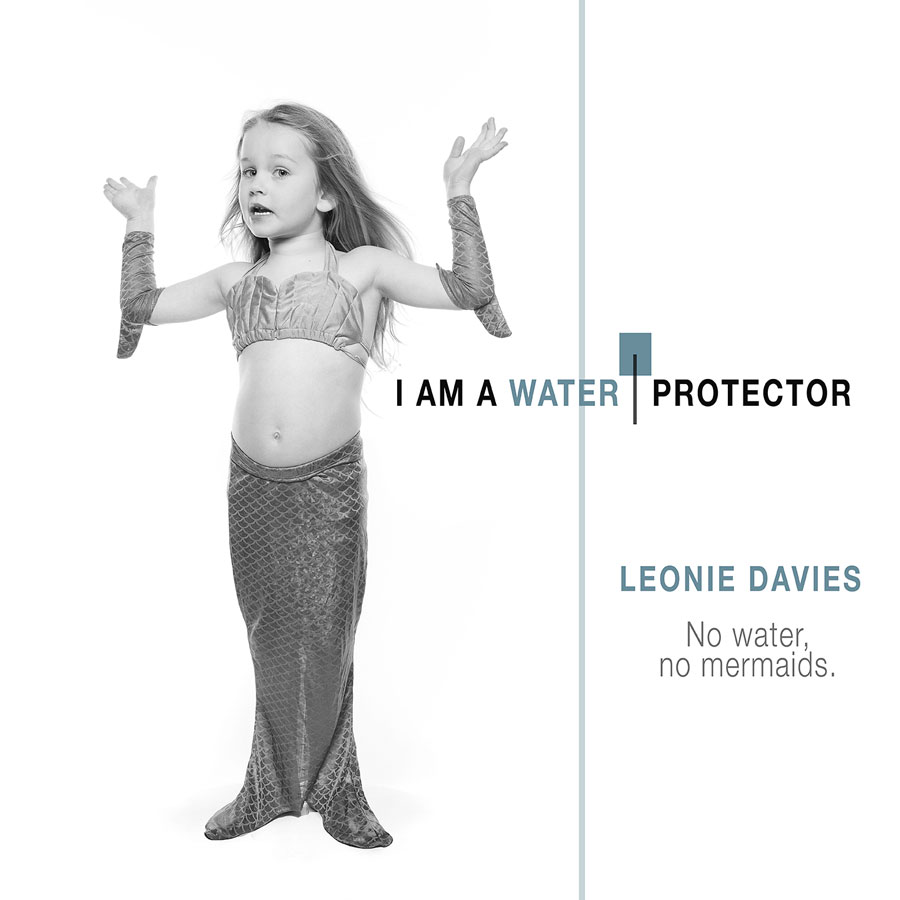 The protest sign featuring Leonie Davies was one of the most popular to date on social media.
Photo by Sophie Hogan

Formed by local residents in 2015, Save Our Water has launched several initiatives, including the blue ribbon campaign, and has taken part in local parades and other community events around Centre Wellington.

In January Hogan met with a Save Our Water member who expressed the need for a new campaign.

“I knew that I could reengage the community,” said Hogan.

“What I was feeling with Save Our Water was that people weren’t reading the newsletters anymore. People were losing the engagement.”

When Hogan suggested a photo series campaign, other members supported the idea.

It was a departure from the artist’s usual work and the group’s previous approach.

“I always saw it as protest signs because I wanted the protest to look corporate because I think the best way to fight corporate is to be corporate – to have research, to have knowledge to look slick and to move forward,” said Hogan.

Already the protest signs have been featured in the annual Dominion Day parade in Elora.

A selection of the series, which featured children, were displayed during the Elora Festival.

“Often people don’t know what the blue ribbons are for … they are in Elora hanging out for the day, they don’t really care what it is, so it’s better to say this is what we are concerned about,” said Hogan.

She is also planning a fundraiser in the winter at the Elora Arts Centre where she will also be selling 7×7 prints.

It is all in the hopes of reaching Hogan’s personal goal of raising $10,000 for Save Our Water.