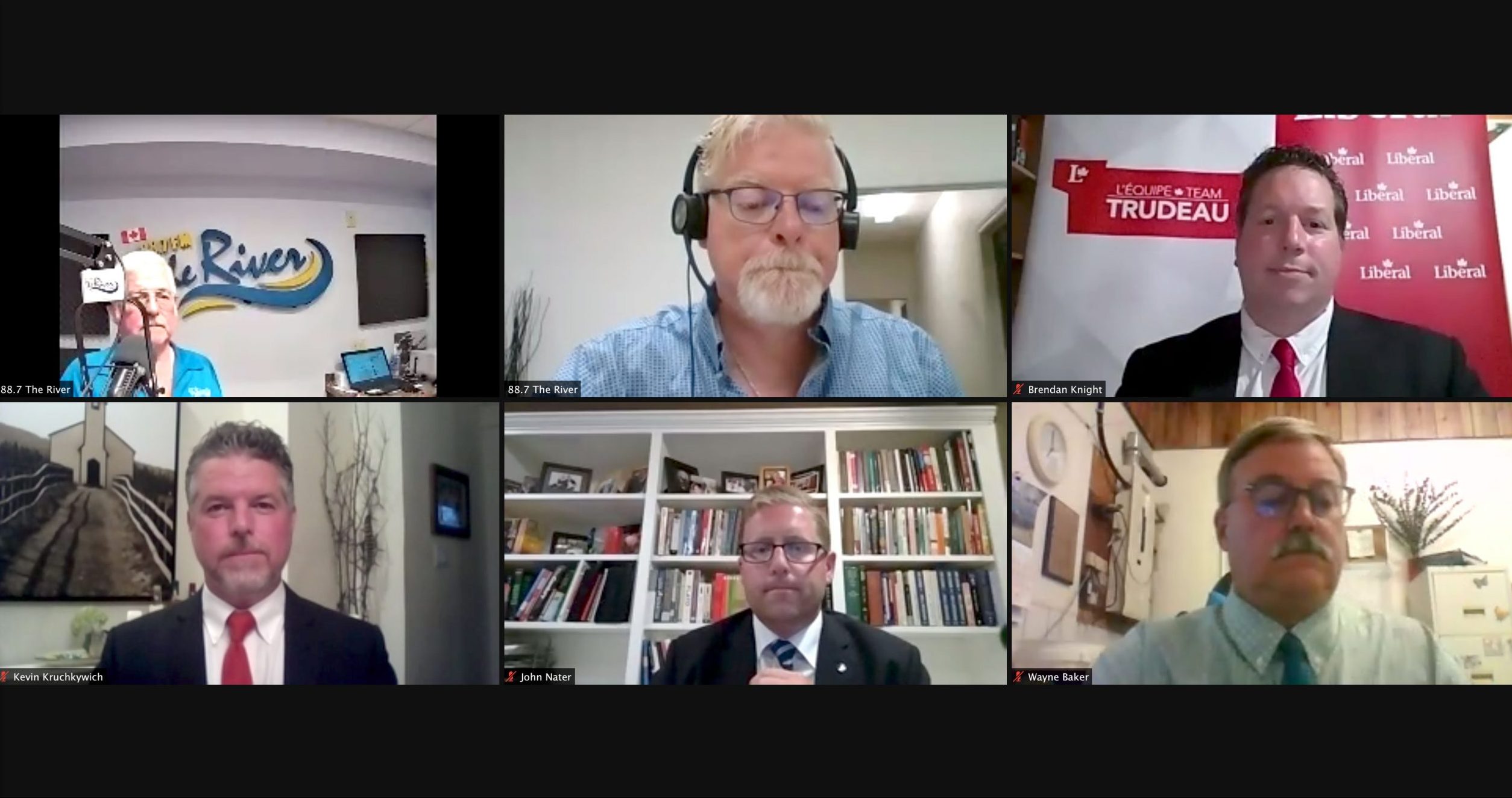 Asked about their stance on vaccine passports, the Conservative, Liberal and NDP candidates were agreed with the idea.

Kruchkywich said while he favours vaccine passports, the NDP would like to see a federally mandated passport to avoid conflicts in policies across the provinces, specifically when it comes to international travel.

“We would like to streamline that and show some leadership on that,” he explained.

Kruchkywich added the NDP would like to see a policy to address the responsibility that’s pushed onto businesses to help enforce vaccine passports.

“We don’t believe it should be left up to some poor 17-year-old working a part-time job on a Saturday… we need to take that onus off,” he said.

Nater echoed Kruchkywich’s concerns about the impact vaccine passports will have on small businesses, adding he “encourages the province to ensure this isn’t a burden on small businesses and isn’t going to put a young person in a bad position.”

On the notion of a federally mandated passport, Knight steered away from the idea.

“We’re not proposing to punish people, we’re proposing to support people,” Knight said, adding a Liberal government will have measures in place to protect businesses.

In contrast, Baker asserted the concept of vaccine passports is wrong and goes against individual freedoms.

Baker said when it comes to affordable housing, municipalities need to look at creative ways of making housing more accessible and more affordable, adding the province is in “a very serious bubble with our housing.

Knight said for the Liberals, achieving affordable housing will include building on what they already brought forward with the national housing strategy.

“What we did during the pandemic was to have a goal of 3,000 housing units and we exceeded that goal,” he explained.

He added the Liberals will bring forward a homeowner’s bill of rights which will address buying/bidding, home inspection rights, a tax on home flipping within a 12-month period and limiting foreign ownership.

Nater said the Conservative plan calls for one million homes to be built across the country, which will also include identifying certain communities in order to preserve farmland.

He added the Conservatives also promise to end non-resident purchases of new homes for two years, “see what happens after that and go from there.

“What we’re seeing in a lot of major urban centres is the price is being driven up by foreign speculation, where these homes are sitting empty but are still having an impact on a hot real estate market.”

Kruchkywich said affordable housing is a big pillar of the NDP platform, noting his party plans to build 500,000 affordable sustainable units in the next 10 years and introduce a 20 per cent foreign buyer’s tax and 15% speculation tax.

He added that, to encourage building, the NDP is also planning to waive the federal portion of the HST and reintroduce 30-year term mortgages to bring costs down.

With regards to childcare, Knight said the issue is “not only affordability but access.” He noted the main pillar of childcare for the Liberals includes reducing fees by 50% by next year and getting to $10/day childcare within five years or less.

“So many families don’t work nine-to-five jobs so traditional childcare options doesn’t work for all families,” he explained.

“What the Conservative Party includes in their platform is direct financial compensation to families to cover the cost of childcare, but with a particular focus to low-income families.”

Kruchkywich said the NDP will put $30 billion in not-for-profit childcare centres to ensure transparency and national standards and mitigate issues with private providers, “some who are excellent and some who are not as excellent.”

Baker said childcare should fall on families themselves, a traditional system that “worked well for many generations until government got involved,” which he added was a typical socialist response.

Asked about the most important plank of their party’s platforms, Baker said the answer for him is easy: freedom.

“Our freedom is under serious serious attack in this country. Our rights have been taken away and we’ve been told we might get our rights back if we cooperate,” he said.

“We need to turn to March 2020 rights and freedoms and that’s the single largest issue we have to deal with in this country. If we don’t have freedom, we have nothing.”

Knight said one of the important things for him is the environment and jobs coming out of the pandemic.

Keeping in line with meeting environmental targets, he added that may include creating opportunities in the automotive industry, zero emission jobs or creating new green industry jobs.

Kruchkywich noted healthcare as one of the top priorities for NDP, which he proposed would include universal pharmacare, mental care and dental care for the uninsured.

“We want to get back to a head-to-toe comprehensive healthcare for all Canadians and economically that’s going to take a lot off Canadians’ plates … and employers’ plates,” he said.

Nater said for him the top issue, “without a doubt,” is economy recovery and getting the economy functioning at a high level.

“Where we can really have an impact locally on that growth is small businesses,” he said.