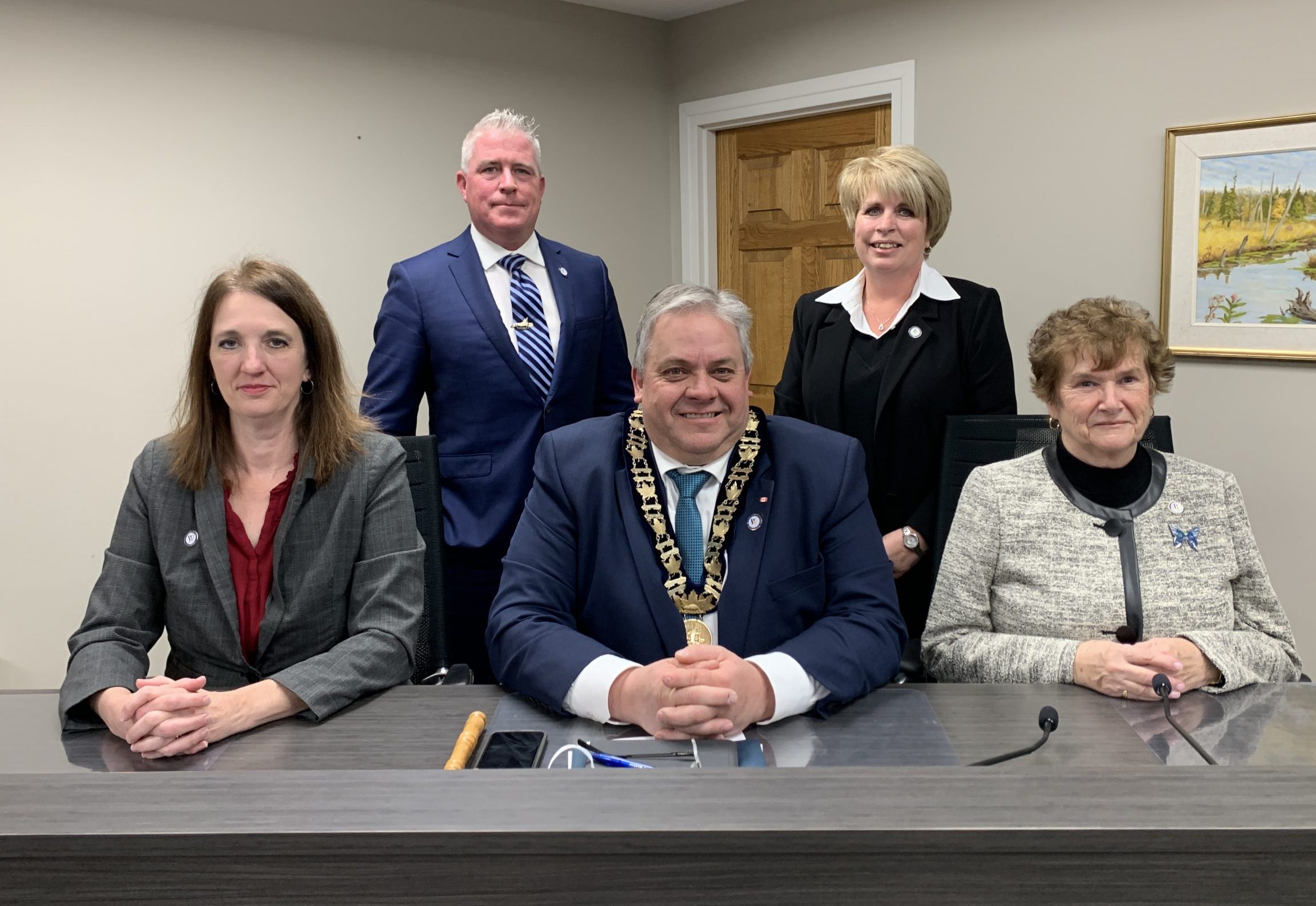 Around 12 people, including the family members of councillors, municipal staff, and county councillors representing Wellington North, were present for the ceremonial meeting at the Kenilworth municipal building on Monday evening.

“The community of Wellington North has placed a great deal of responsibility in your hands, and my colleagues and I look forward to supporting you as you take on the opportunities and challenges that will present themselves over the next four years,” Lambert said.

Following the singing of O Canada by Debbie Farrelly, clerk Karren Wallace and deputy clerk Cathy Conrad administered the declaration of office for Mayor Andy Lennox, with Conrad presenting the chain of office.

“I’m honoured to stand before you again today to renew our conversation about our collective future and to mark a milestone in the progress of our township,” Lennox said at the beginning of his inaugural address.

He welcomed Renken’s “energy and enthusiasm” and returning councillors.

“As I look back on the past years, I’m amazed at what we’ve been able to accomplish together,” Lennox said, referring to what he called strong finances and the preparation for future growth.

“During the election campaign, I had a couple of people ask me a question that really made me pause and think about the answer,” Lennox said.

“They asked me: ‘Why is all the discussion about growth and urban issues?

“There’s virtually no discussion about issues outside of Mount Forest and Arthur.’” 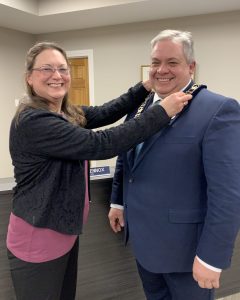 Lennox responded to the question before council, saying conversation is being driven by the pressure of community growth, economic challenges, labour shortages, and changing provincial policy.

He related growth pressures to a family “suddenly finding out they’re having triplets,” to laughs in the room.

“Like the rapidly growing family, circumstances will force us to adapt more quickly, be more flexible, and be willing to try new ideas if we’re successfully [going] to build our community for the future,” Lennox said.

“It promises to be an exciting time; together we must accept the challenge.”

Against a backdrop of an 1800s rendering of a Wellington County map, Renken introduced herself saying she has been a Ward 1 resident for the past 11 years, and was previously a farmer in Ward 2.

Renken is looking forward to advancing cultural planning goals and affordable recreation for those with special needs.

“I know the next four years we are going to have some really difficult issues with housing infrastructure and economy, but I’m hoping to be able to absorb a lot of the expertise and knowledge of the mayor, councillors and the municipal staff,” she said.

“I’m looking forward to the challenge.”

Councillor Sherry Burke said it’s a privilege to continue representing Ward 2 residents, as she has done for the past 12 years.

“The election for me was a little bit messy this time around,” she remarked, adding she appreciated support from her constituents and family.

“These are going to be challenging times,” Burke said.

“I look forward to working with council and staff and the residents of Wellington North, together, to face these challenges.”

“A lot of great things have happened … I’m looking forward to the next four years, and I’m up to the challenge to make more great things happen,” she said.

He said the past eight years have passed quickly, yet it “seems like yesterday” when he was first sworn in.

“It’s incredibly humbling and an honour to stand or sit here before you tonight and start my third term,” McCabe said.

“We have a lot of heavy lifting to do, and we have to make a lot of hard decisions that won’t suit everyone, but they need to be made.

“I will not stop advocating for Wellington North.”

Renken moved the first motion of the new term, to accept as information a letter from Perth-Wellington MP John Nater congratulating council members. The motion carried.

After the meeting adjourned, the mayor began the new term with a slice through a township logo decorating a cake with icing coloured in the township’s blue and yellow.

The next council meeting is on Dec. 5 at 2pm.