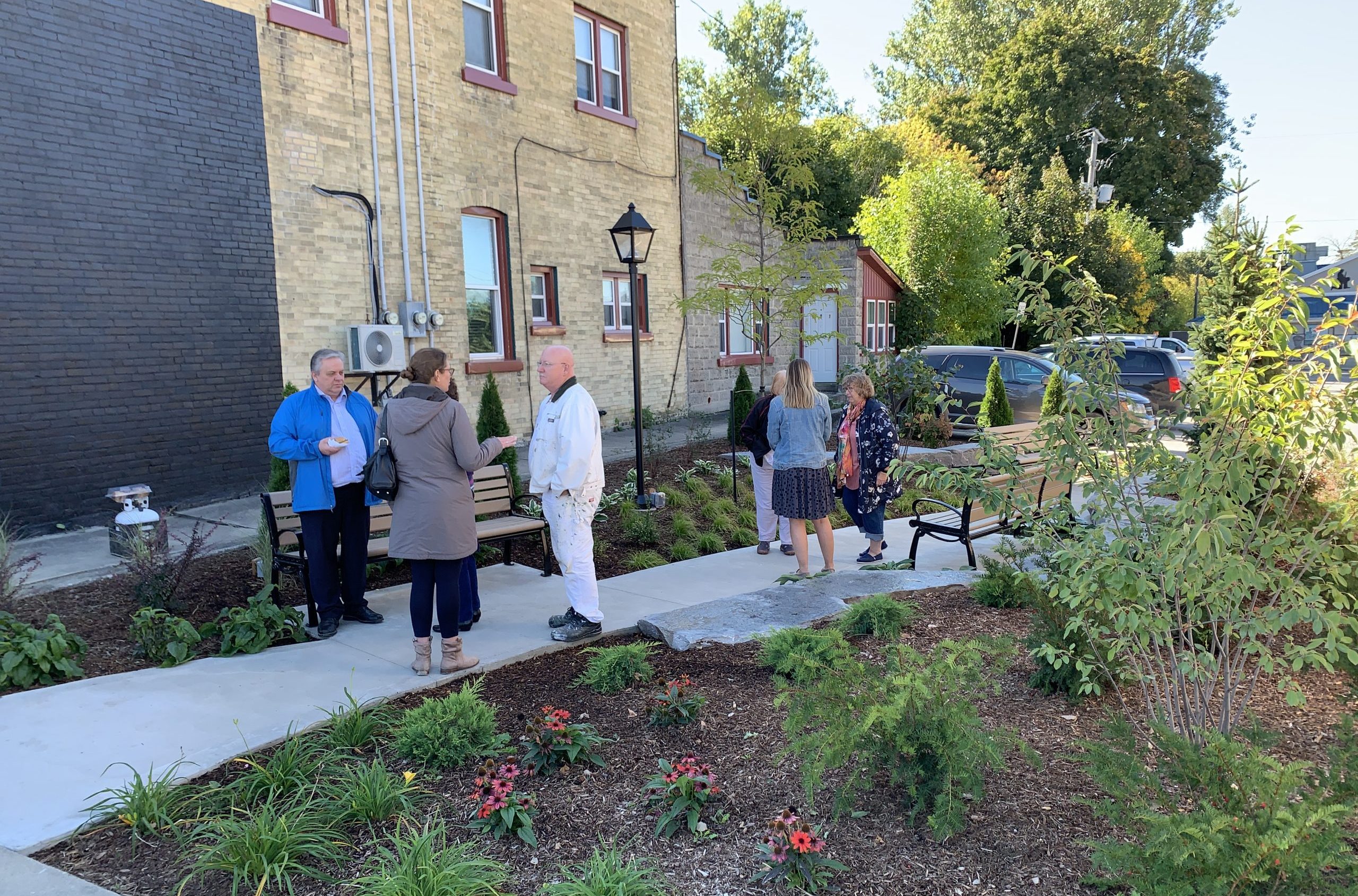 A recent parkette opening in downtown Mount Forest is the first project completed in a series of downtown revitalization projects—including a mural, public wifi, and outdoor exercise equipment. Photo by Jordan Snobelen

A fresh concrete pathway with three park benches and lamposts runs between mulch – planted with hostas, daylilies and echinaceas, to name some – linking Main Street’s western sidewalk with the parking lot behind the Bank of Montreal building.

“We’re trying to do something nice, trying to get people downtown and improve the aesthetic downtown,” Mount Forest BIA chair Andrew Coburn told the Advertiser.

The parkette concept began in 2019, according to Coburn, when permission was sought to use the plot of land, owned by the BMO Bank next door.

The project is all about beautifying the downtown area, said BIA member Jessica McFarlane.

A mural, to be pained by Toronto artist Johnathan Ball on the wall of the Century 21 building adjacent to the park, was expected to be revealed along with the parkette, but poor weather thwarted those plans. 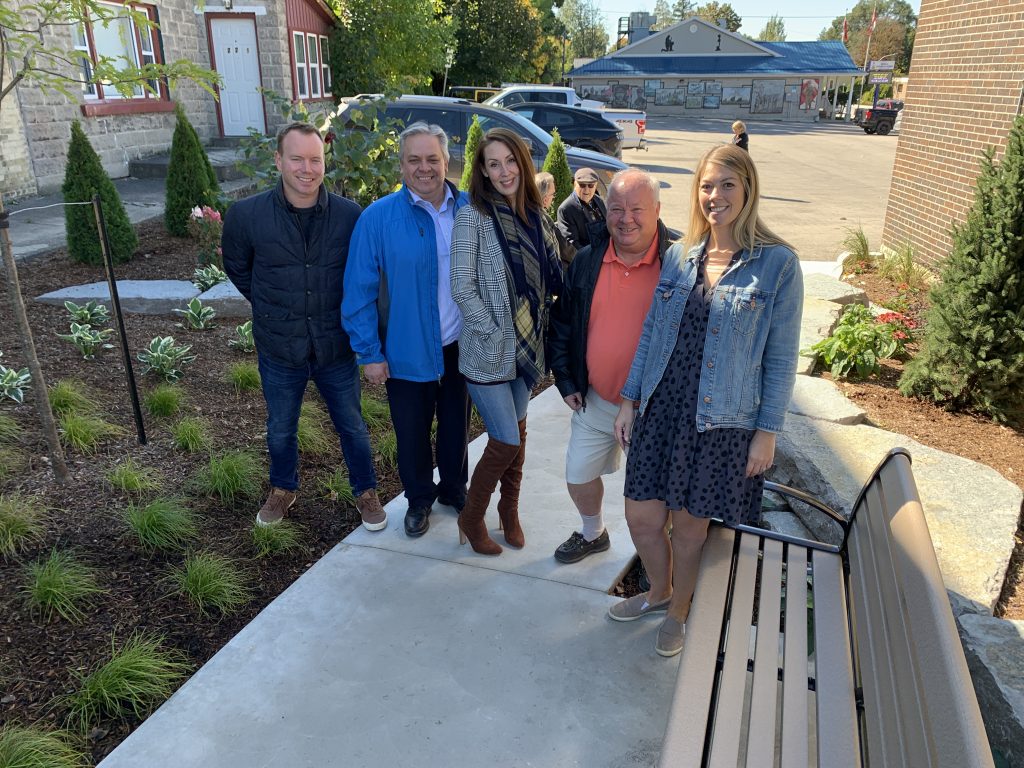 Described by Wellington North economic development officer Dale Small as an “interactive mural,” it will instead be completed closer to the end of this month.

Small hopes people will stop to take “selfies,” using the mural as a backdrop.

Also expected for completion this month are wifi connections; open and free for the public to connect to within the three blocks of the downtown BIA.

Centre Wellington’s information-technology staff have installed the system, which is expected to connect to Wightman Telecom service starting this week.

Small emphasizes the wireless connection won’t be suitable for bandwidth-intensive tasks such as video streaming, but will handle emails and light internet browsing with ease.

Whatever data is being transferred over the connection can also be monitored and problem IP addresses can be booted off.

“It’s just to add to the appeal of the downtown,” Small said of the initiative.

Outdoor exercise equipment, to be located adjacent to playground equipment near the Mount Forest cenotaph, is the final project on the list and is anticipated for completion in early 2023.

The concept has since grown to include a gazebo, rounding out a Mount Forest gathering and entertainment area.

Small expects to bring concept designs to council in November.